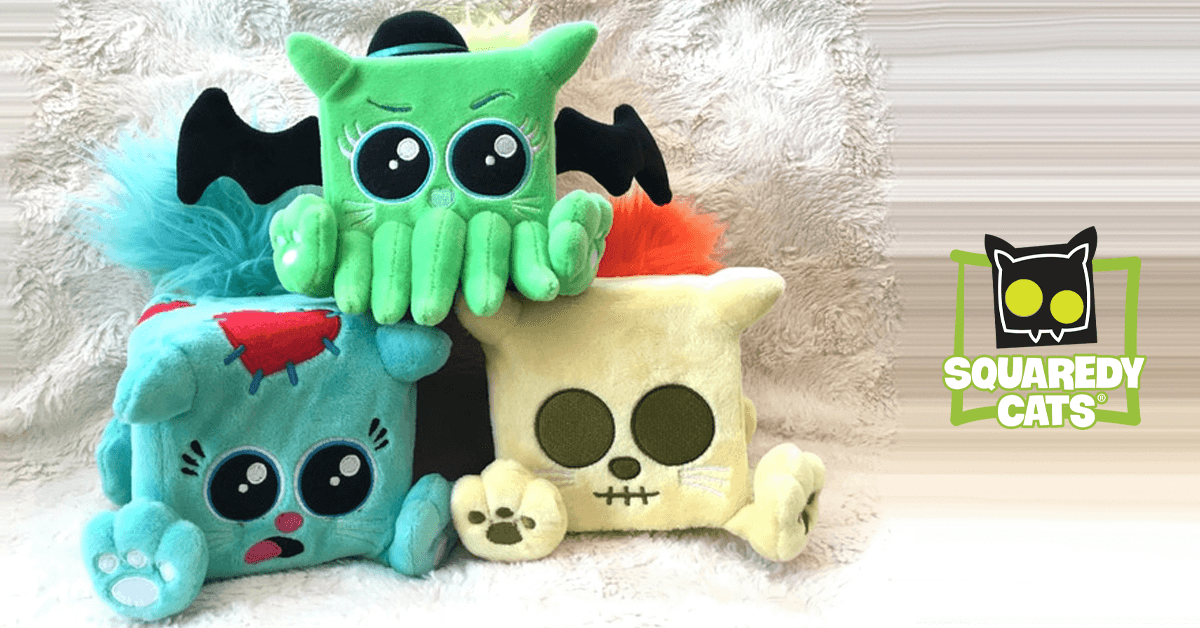 I should be clear that plush ain’t always my thing, there are select instances where it really grabs me, however, when you introduce cats into the mix you’ve already got my attention. Pirate Cats too, I’m in. These are cute enough to post about and I know there are plenty of TTC readers out there that will get a kick out of cute Pirate Cat plush. Meet the Squaredy Cats Plush Pirates by Kurt Marquart.

These trio of cuteness are currently subject to a Kickstarter Campaign that looks to be doing pretty decent. Two thirds of the way to their initial goal of $3500 with another 22 day left of the campaign. Kurt, a freelance illustrator, has taken these guys on his own route following a previous licensing agreement. Now he’s looking to fund them himself with his own factory connections. Cut out the middle man, right?

The Kickstarter pledges start real low too, so available for all budgets. An individual plush starts at $13 each, with the ability to add a second plush for $12 (total $25). All three plush – $35!

BACK THE SQUAREDY CAT KICKSTARTER HERE

An introduction to the Squaredy Cats

Peeper Tom is an adorable pirate kitty who got his eye poked out by a sword forged with Bitcoin. Check out his belly (I see what you did there).

Square Peggy is missing a paw because she really stepped into some trouble; but she’s got a lust for life most four-legged fur balls wish they had. She hasn’t missed a step, and she doesn’t need your pity. Check out her belly (Kiss my booty). Cathulhu was so popular he was reimagined as the captain of this crew.

Kraken Jack‘s face is full of tentacles to hug you, and his fuzzy beard will tickle your nose when he gets a hold of you. Check out his belly (Salty but sweet).

For $70 pledged, you would get the above three Squaredy Cat plush PLUS the additional three plush below too. Total of six pirate based Cat plush.

You back the Squaredy Cat Kickstarter HERE for the next 22 days.