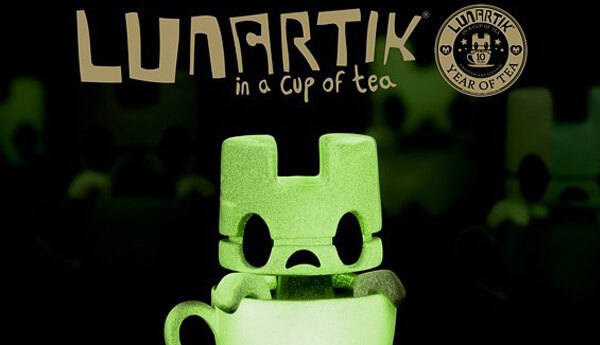 Quick heads up before this cute little chap sells out in the blink of an eye. Why we say that? Well it’s not very often Matt”Lunartik”Jones releases a Mini Teas and the piece de resistance GID! YES GLOW IN THE DARK in time for Halloween.  Matt”Lunartik”Jones presents to you Spooky Brew makes a return since it’s 2015 debut which the the loyal customers on the “Year of Tea” subscription plans have had first dibs on low numbers now available for general release. 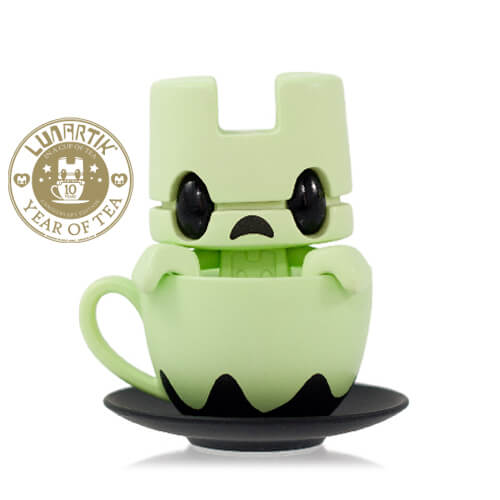 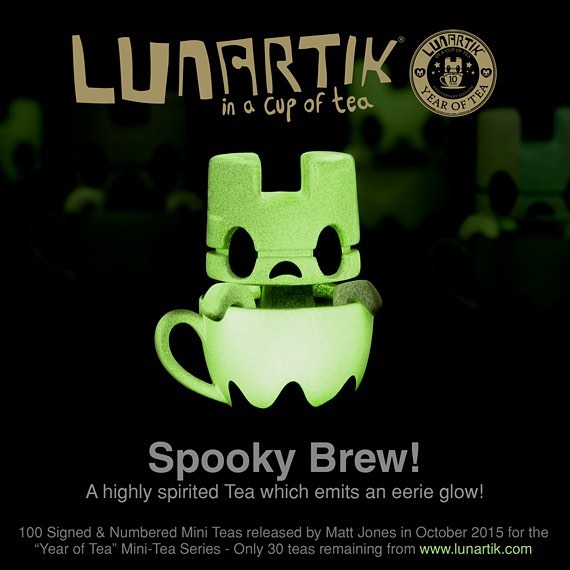