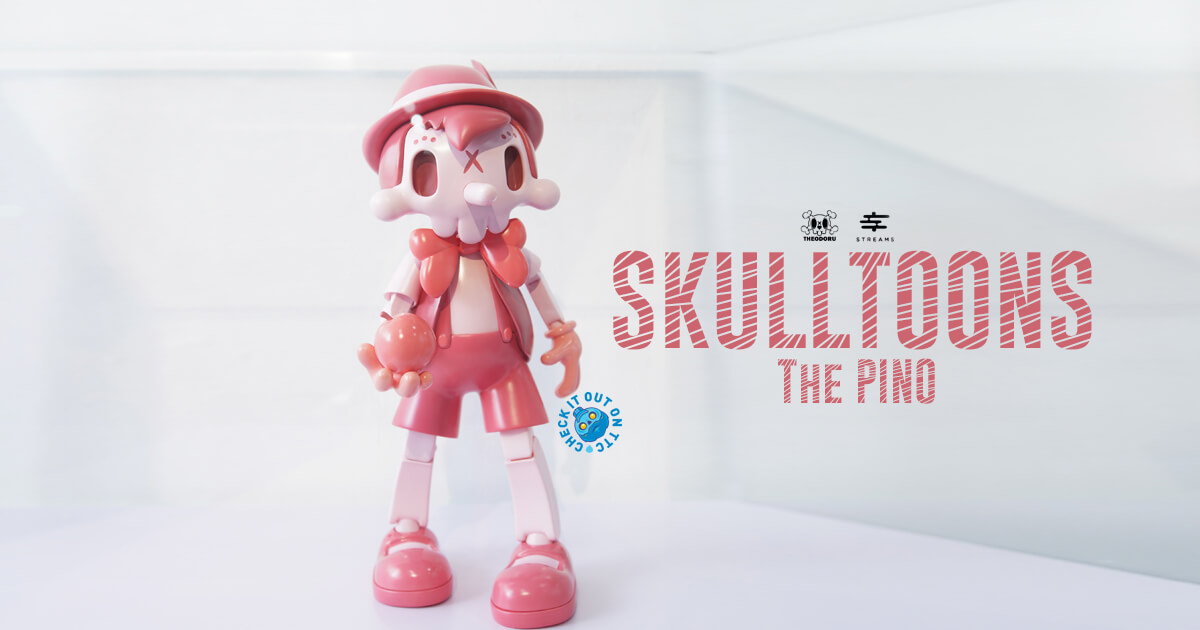 Next month sees SKULLTOONS THE PINO return! GO PINK or GO HOME! Theodoru x STREAMS Art present to you SKULLTOONS THE PINO PINK VERSION. No lies here! After the first OG SKULLTOONS THE PINO debuted at Beijing Toy Show back in 2019. Theo paying his tribute to the designers of classic cartoon characters, Theo Doru using his unique interpretation, giving his signature skull mask/face from his to his illustrations and designs now coming in a Pink edition!

The third version of SKULLTOONS THE PINO by Austria artist Theodoru is eventually released. This time, it was presented in an adorable pink color.  Pink is a symbol of love, romance and softness. No matter male or female can be a fan of this adorable color, and it is not just designated to young girl. Its outlook seems so tasty that giving you an impression of strawberry milk candy. Do you wanna taste this delicious candy?

SKULLTOONS THE PINO Pink Version will be available in STREAMS online shop on Saturday 1st August 2020.