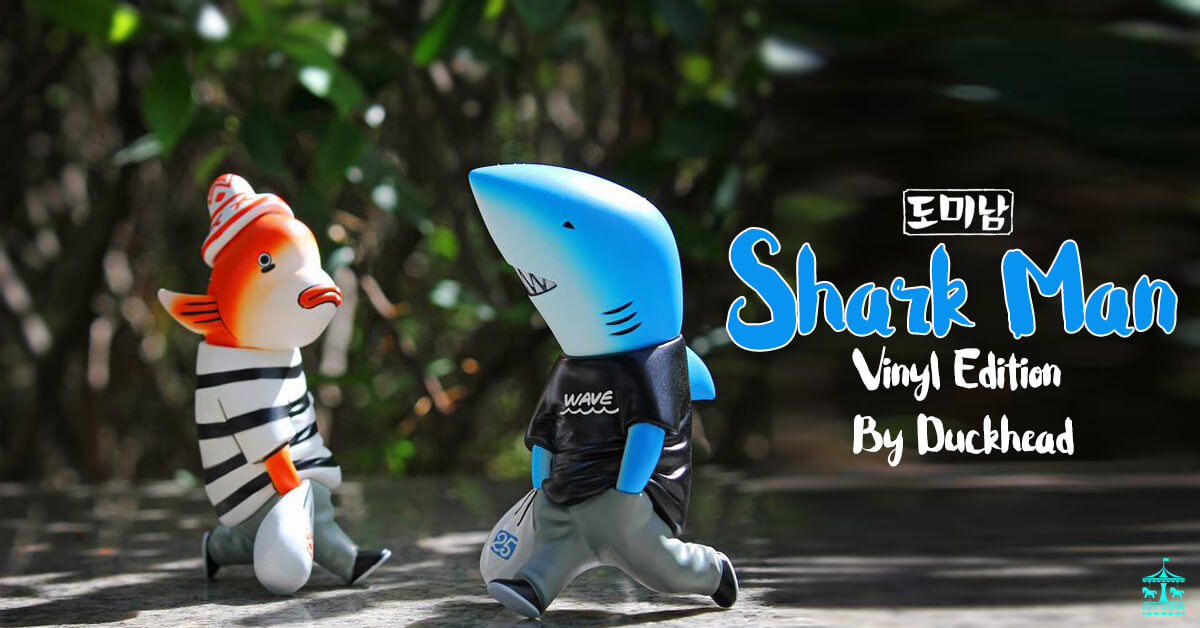 Back in April, we saw South Korean artist 林必榮 Duckhead get his resin figures like BREAM MAN to make the transition into soft vinyl powered by the folks at MERRY GO ROUND Toys. We suspected the other characters from Duckhead’s would make the transition too! But boy we didn’t know it would be so soon! FRESH CATCH incoming! SHark MAn will make its debut at the Merry Go Round Exhibition 2018 – “WE LOVE, SO WE MADE”. 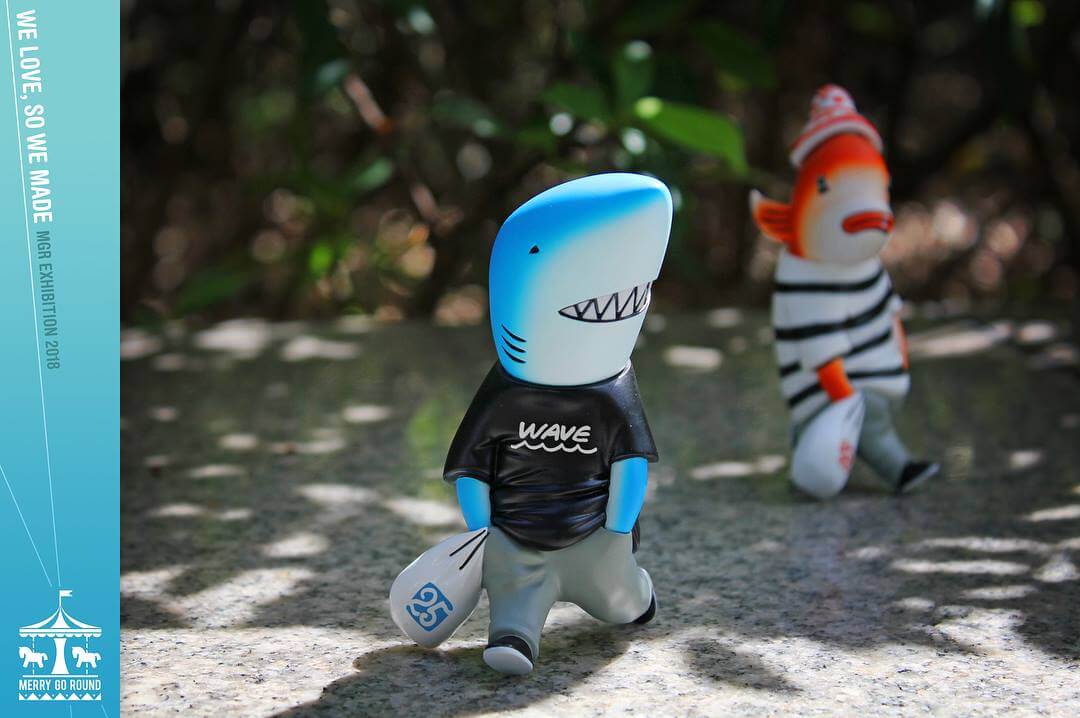 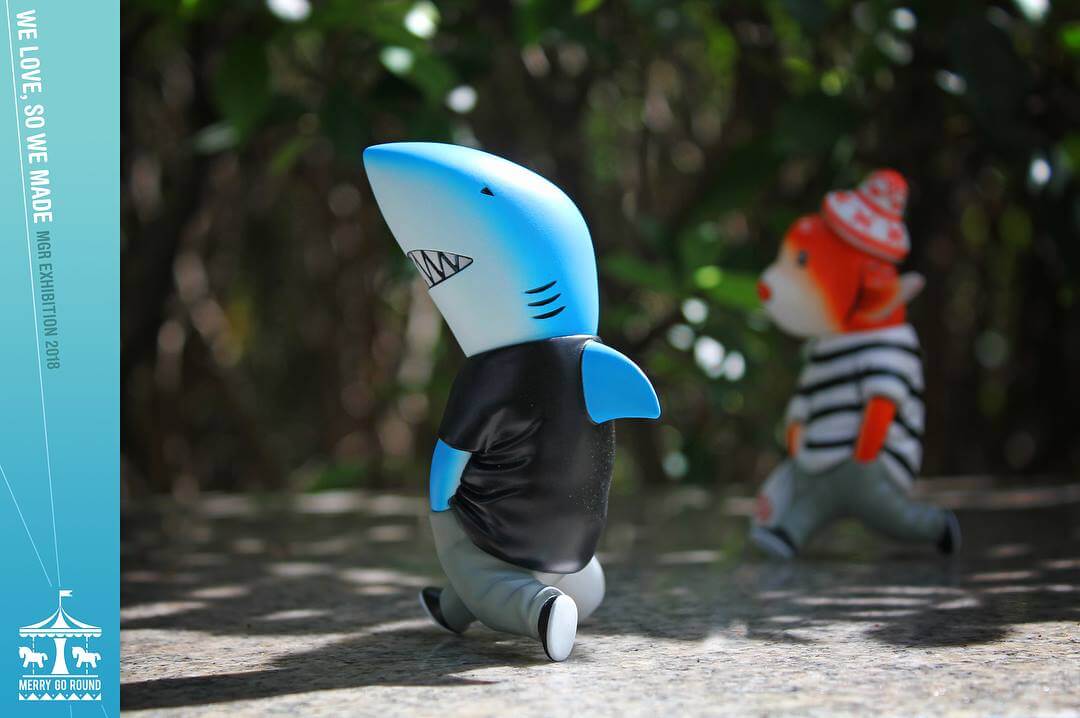 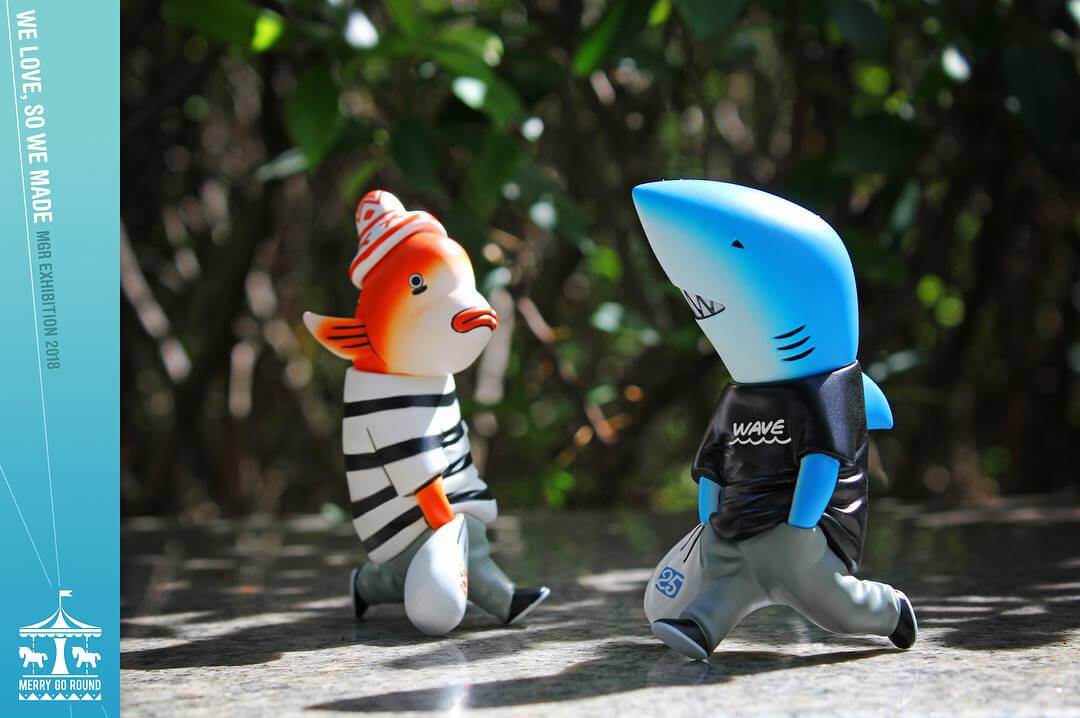 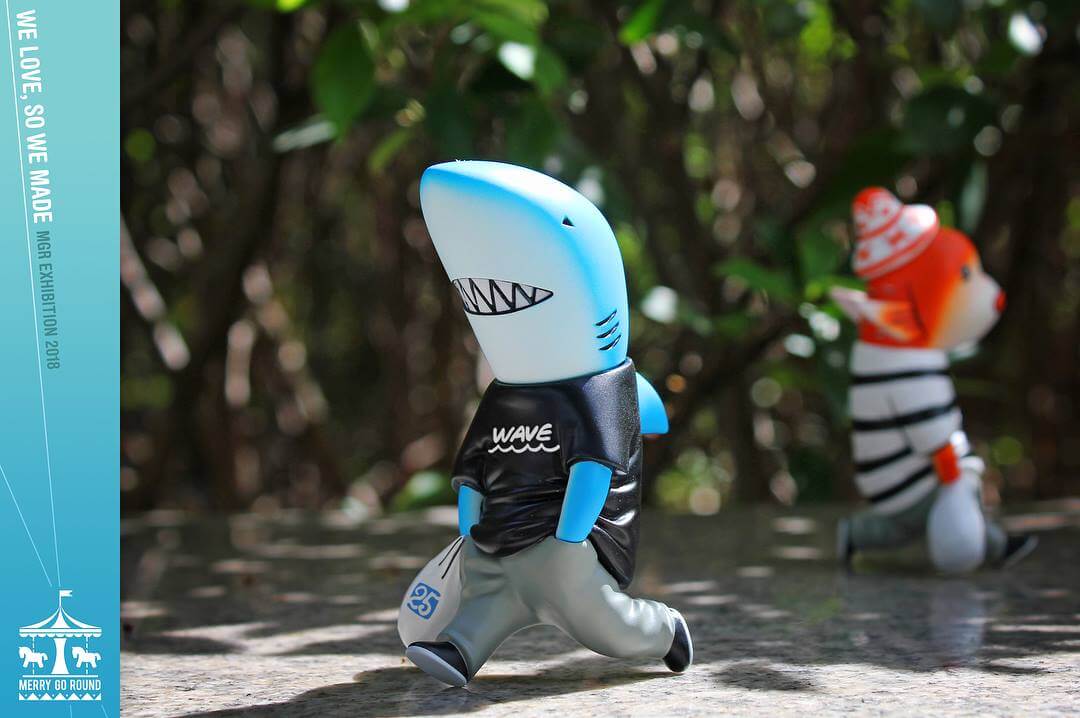 SHark MAn By Duckhead has travelled to China to make its stamp at the Merry Go Round “WE LOVE, SO WE MADE” Exhibition 2018 at First Meet Gallery this week! 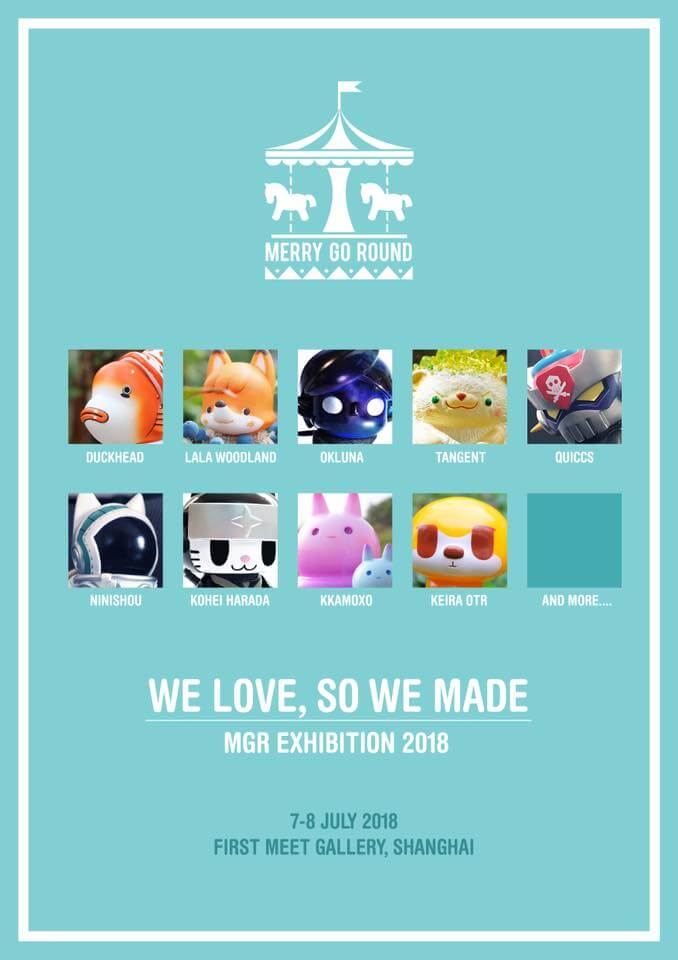 Stay tuned on how to get a SHark MAn by Duckhead x Merry Go Round.

The gallery was founded in May 2017. The opening of the month co-organized SSF SuperParty 2nd Tide play market, invited more than 30 domestic and foreign designers to participate. Held next month Stuntoy mainland first solo exhibition, the first day of the show the number of people over 500 people. As the first in Shanghai to showcase illustrations, toys-based art space as well as uphold and promote. Both domestic and foreign-supported independent designer toys.
Since the establishment of the gallery, has been implemented and planned a number of activities to a monthly rhythm, in the lovers’ group has formed an atmosphere. We hope to keep big home novelty funny, funny things, so that everyone has come and never came to seeingFriends, always shines.