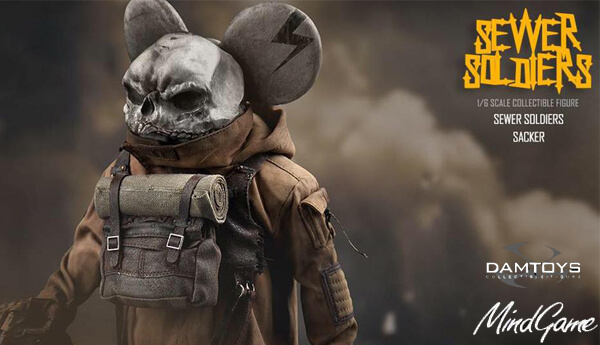 Needing a Onesixth fix right now? look no further then the might Dam Toys launching their pre-order right now for their Sewer Soldiers series. DAMTOYS known for their impressive Gangsters Kingdom line, today they are extending this impressive Sewer Soldiers second release from the line. Continuing from the first release Frank Chambers.

“What Frank found at border of YD were countless bodies, these bodies were severely beaten, died of blunt force injuries. Frank was rage to find out what kind of people would be such ruthless, he clenched his fists, prepared himself to this current crisis.

People were hiding under the shades of trees from the burning sunlight. But at the open wild of YD, they’re no such shade place for you to rest. The climate was stifling even at night. However, a team of players was survived, even more, they had occupied the border of this wasteland YD since the beginning of MindGame v2.5.
They dug the underground tunnels like gophers, assaulted these lonely players with their “big chunk of metal” in close range.
They were called “the Sewer Soldiers”.

Sacker had long forgotten his name, because of taking “Krokodil”- a cheap drugs synthetic from fuel for living in the sewers, as the result their limbs been ulcerated, many of them had to replace their body parts. They dragged the heavy battering rams wandering in the dark tunnels, looking for travelers for materials and credits for drugs. The Committee warned Gobi Team of these shadowy madmen, their assault in close range ignores any defense.
Somehow, Frank learned through the grapevine, the Sewer Soldiers were veterans with PTSD in reality. In order to escape, they chose to hide in the underground. But who knows? In order to regain the server in the region, Gobi team must take the fight.”

So I guess you want to know where to buy one right? simply head to DamToys FB link HERE to find the closest main distributor within your area. UK readers http://www.collectablekitbash.co.uk/ is one of the official retailers. Priced at £164.99. 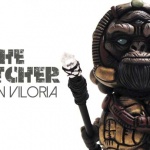 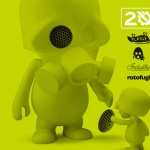