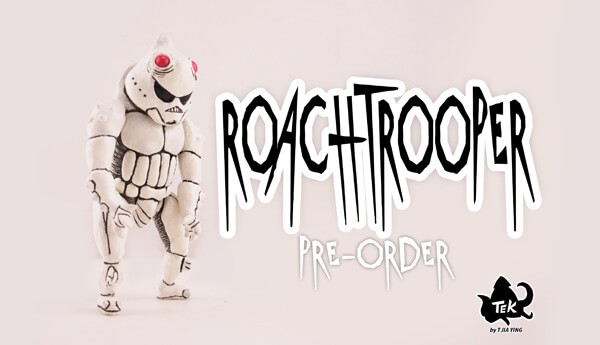 T Jia Ying of TEK released his second resin figure! Meet the mighty Roachtrooper, E-11 blaster rifle not included but no need for one as it’s said that the Roachtrooper is great in a fist fight. At the end of the day it’s a ROACH, but not your average roach. Talk about fancy, TEK has added magnetic joints all five of them in the head, arms and legs for all your action pose. Please no kwaii poses it pissed off Roachtrooper, Ha.