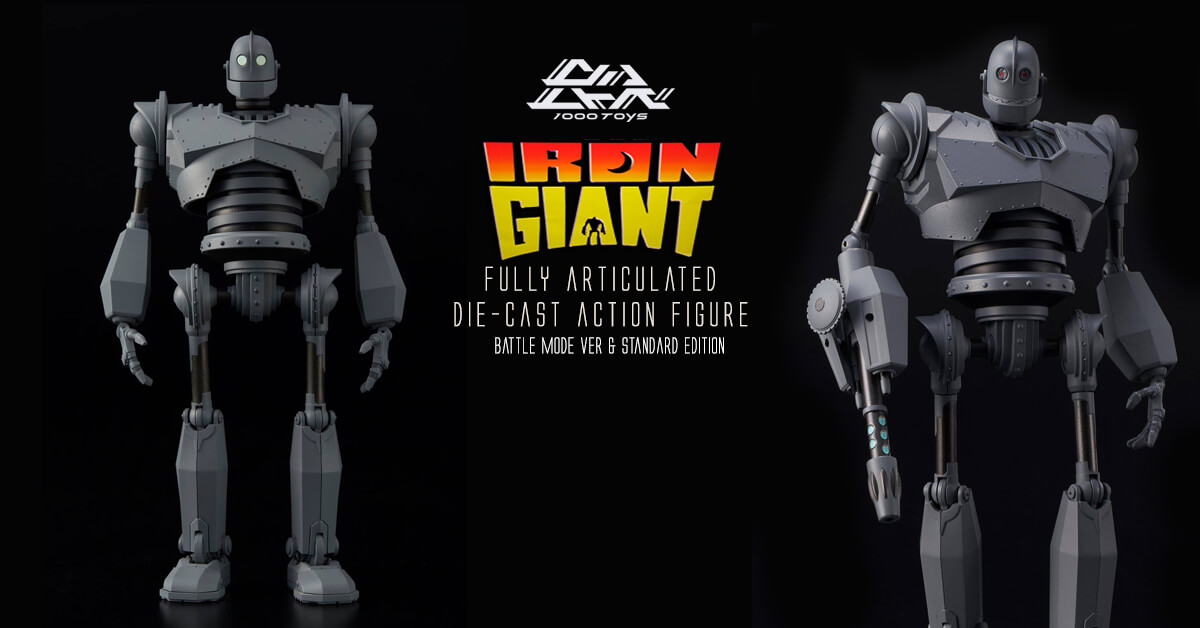 Here we go again! Collectors who missed out on the first run of 1000toys RIOBOT Iron Giant fully articulated die-cast high-end action figure. will be happy to know a second run and also the all-new (BATTLE MODE Version) is coming! Being fans of the Iron Giant we had to share the news with you guys that pre-order information has been announced too. To be fair we’ve seen plenty of  Iron Giant figures, but with 1000toys in control, we expect exceptional articulation and quilty what 1000toys is known for. The icing on top is a reasonable price point! WIN WIN.

1000toys are also happy to announce the release of the much-awaited second run of our original RIOBOT Iron Giant (Standard Version) !

The IRON GIANT was developed as part of 1000toys RIOBOT series of robot figures well-known for its attention to detail coupled with unparalleled articulation. This is the masterpiece toy that all Iron Giant fans have been waiting for!

Our Iron Giant figure is solidly built with a relatively high amount of diecast parts yet features incredible articulation with firm joints that will allow for maximum pose-ability.

Both versions are on pre-order from many collectable figure retailers so support your favourite shop by placing an order through them!

Special Notice:
Please note the BATTLE MODE Ver will not come with the Exchangeable Head parts and Exchangeable Teeth that are included with the Standard Ver.

Special Notice: Please note the Standard Ver 2nd Production Run will be the same product first released in 2018 and will not include the arm cannon seen in the Battle Mode Ver.

Pre-orders for retailers have started with the item scheduled for a December 2019 release date.

Please note this release will be sold exclusively through retailers and will not be available from the 1000toys online shop.

Many retailers will be taking pre-orders so support your favourite shop by placing an order through them. Like our sponsors and an authorised retailer Tenacious Toys (worldwide shipping)
www.tenacioustoys.com
WELOVETTC will get you 10% off your first order. To obtain a second 10% code, you can sign up to the Tenacious Toys email list on their website, or you can join their loyalty program which can earn you points for every $ you spend with Tenacious Toys.