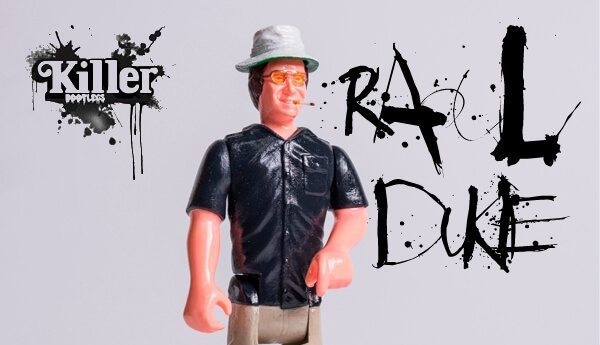 Raoul Duke, character created by Hunter S. Thompson, became worldwide famous with Johnny Depp’s role in Terry Gilliam’s movie Fear and Loathing in Las Vegas back in 1998. Now it’s 2016 and thanks to Killer Bootlegs you can carry around the always intoxicated, eccentric, hedonist infamous sports writer. Who doesn’t want a friend like him? 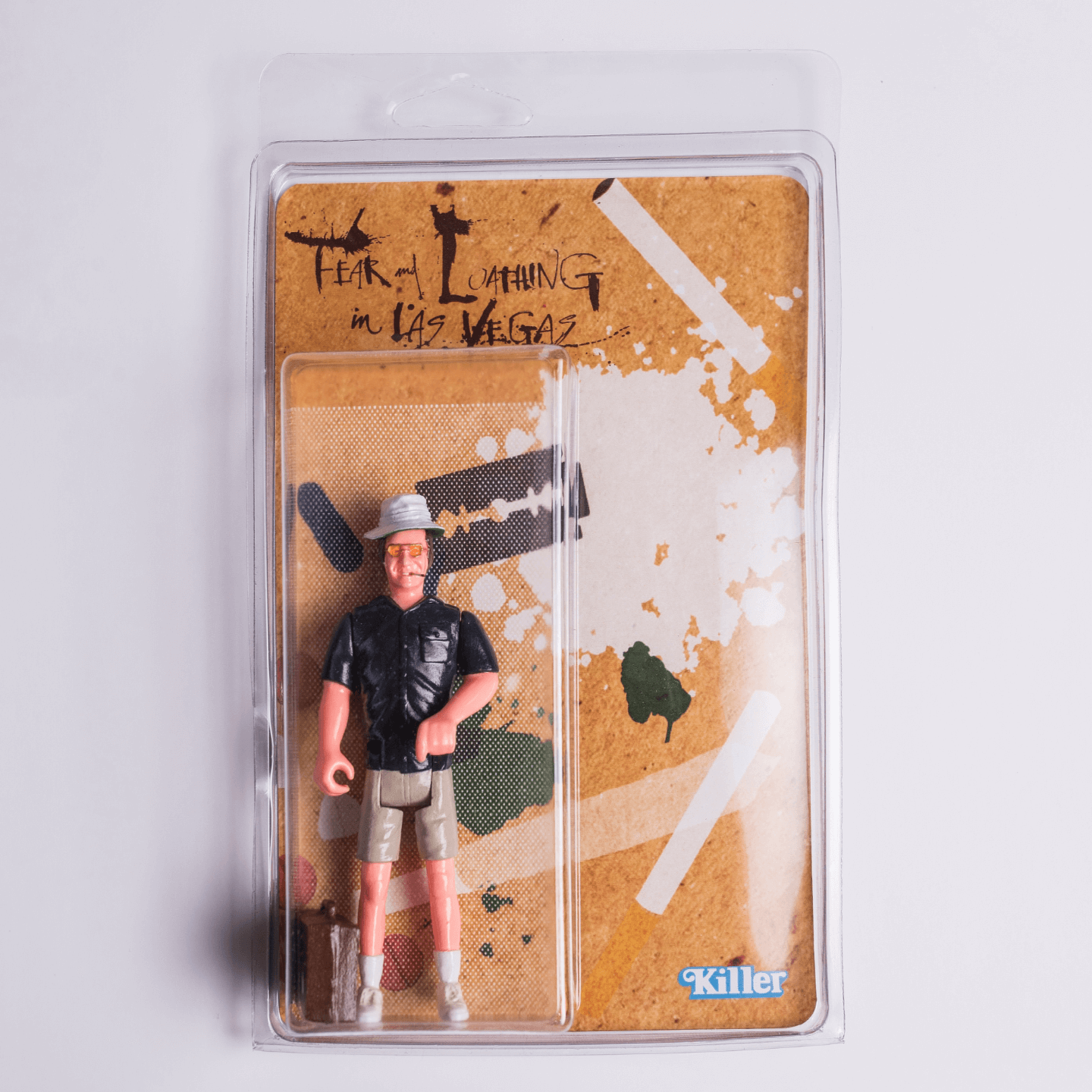 Raoul Duke is a 3¾” vintage styled action figure. Comes with removable bucket hat, cigarette + holder, and a brief case. According to KB the brief case is full of:

“…bags of grass, 15 pellets of mescaline, 5 sheets of high powered blotter acid, half a salt shaker of cocaine, 1 galaxy of multicolored uppers and such, 1 quart of tequila, 1 quart of rum, 1 pint of raw ether, and 2 dozen amyls. (No actual narcotics included.. It’s a toy!)” 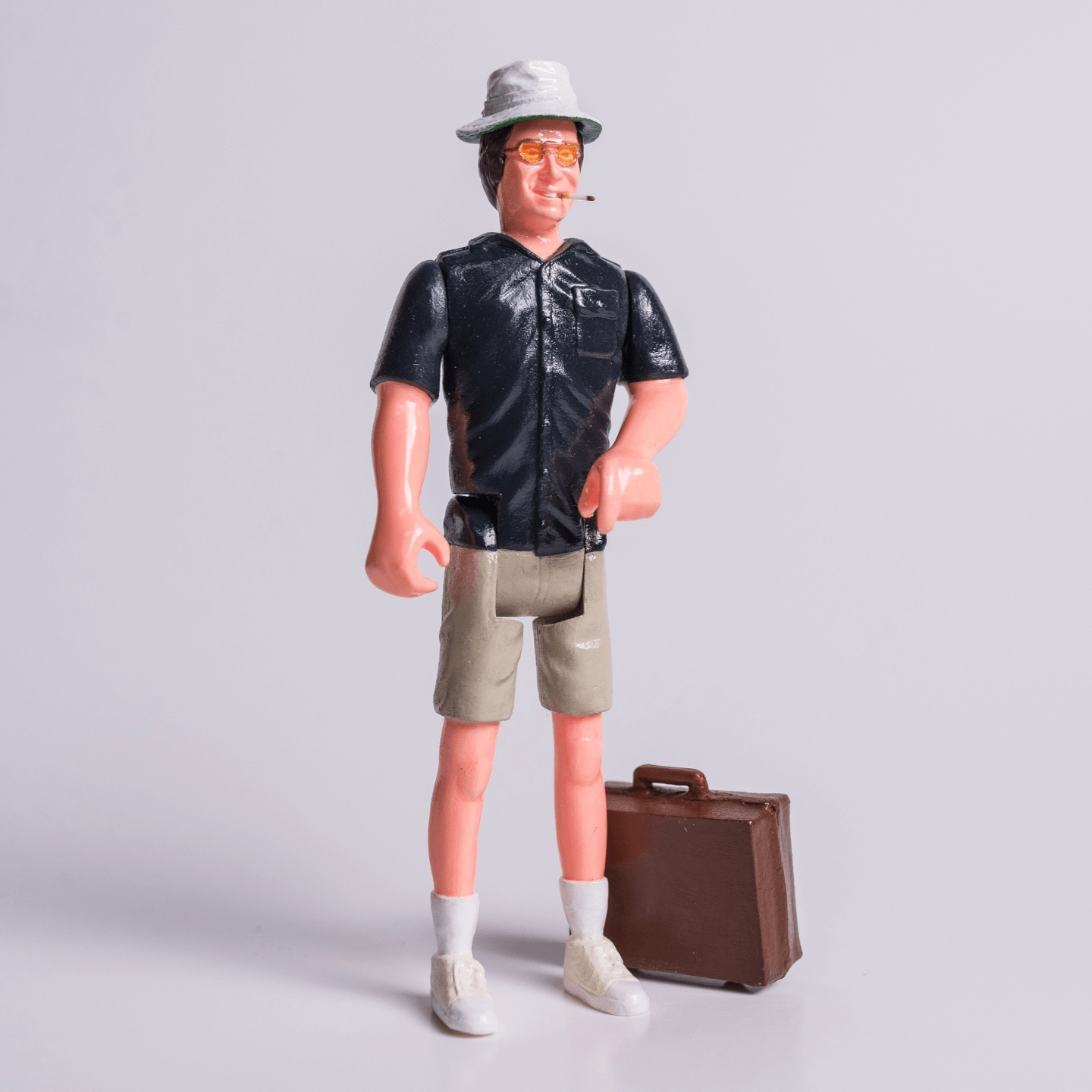 It’s a limited edition of 20 signed and numbered pieces. What are you waiting for? Put on your golf shoes and head to KB store HERE. Raoul Duke retails for $65/£45.