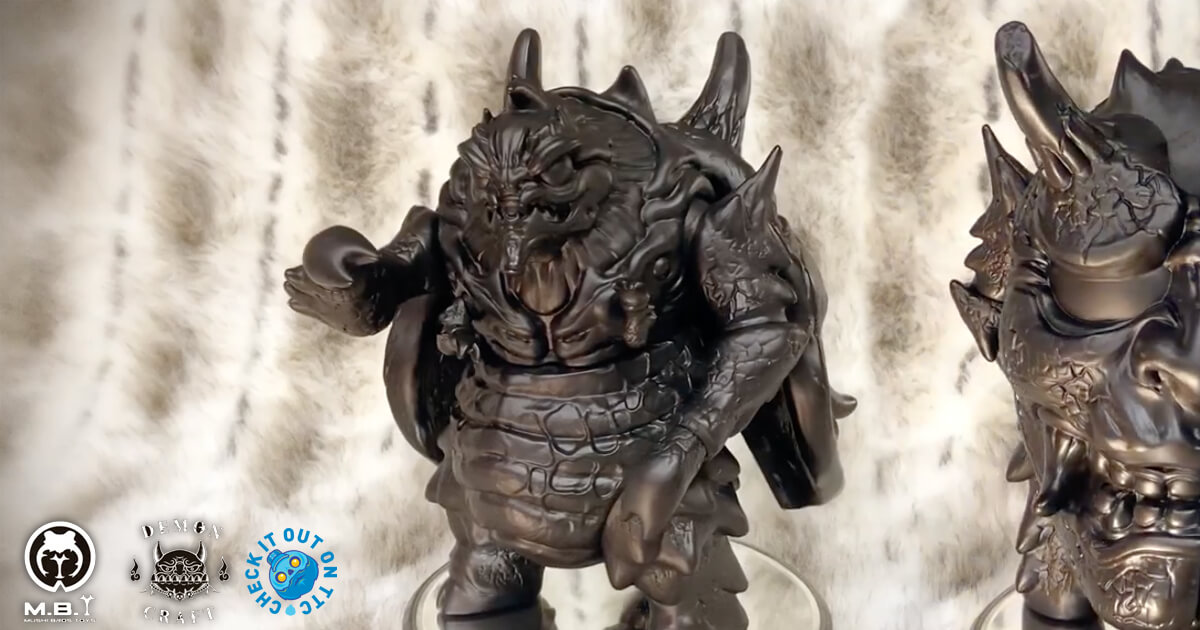 LEVEL UP! We call it BEAST MODE as Mushi Bros Toys and Scotty Wang of Demoncraft unite to present to you all Queen of Hannya Scarab! If you are into Kaiju’s this beast would be up your street and GODZILLA should be pissing his pants right now, HA. The video below shows the prototype and already looking impressive!

The most epic crossover in 2020 between Mushi bros toys and Demoncraft – Queen of Hannya Scarab is attacking soon!!

The concept of Queen of Hannya Scarab was designed by Mushi bros toys and Demoncraft, the 3D structure design was all completed by the chief designer of Demoncraft – Scotty Wang.

The lead of brand Demoncraft Scotty Wang has released a decent amount of classic youkai sofubi since 2017, and he has been pushing himself to the limit from designing the Queen of Hannya Scarab with Mushi bros toys and burst all his power to elaborately express his idea and conception on the design of Queen of Hannya Scarab.

The 360-degree ball joints of arms, movable shell, and skull face under the shell are definitely lifting the entertainment of Queen of Hannya Scarab to a next level. This is the design that you certainly don’t want to miss in 2020, more information will be released, Stay tuned for further updates.