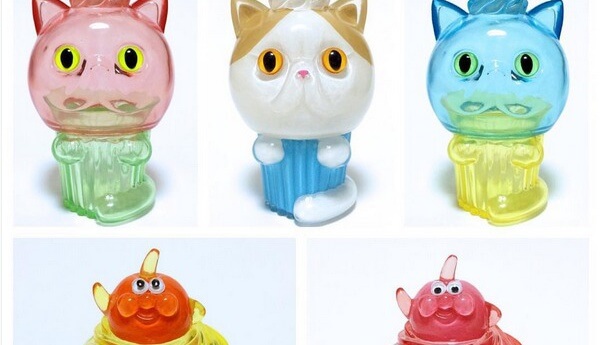 Lulubell Toys just announced that they have new Refreshment sofubi for sale as pre-order! For fans of the Refreshment line, you know how hard it is to find their stuff outside of Japan, so this is great news! Lulubell does international delivery too!  There are three new cupcats (my fave line of Refreshment’s offerings), and two new cupcakes, each for $22 USD with the exception of the exotic shorthair inner clear version (the middle white/blue/brown one below), which will be $25 USD. 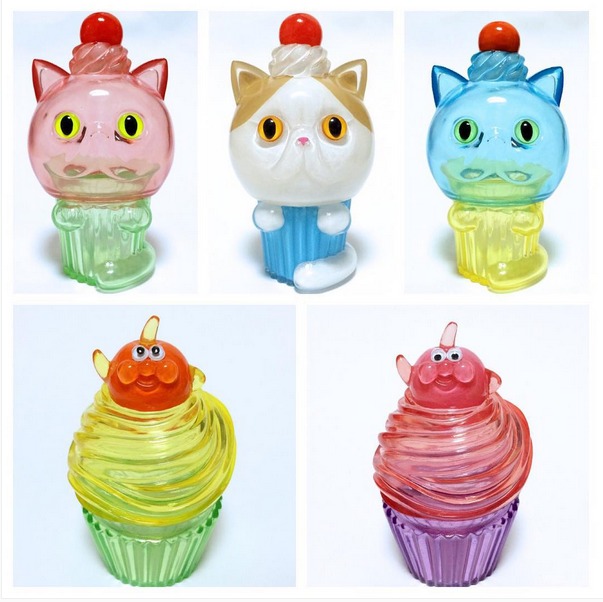 Look at those amazing translucent colors!

The pre-orders will close on September 22nd, 2015 at noon Pacific time or when the stock runs out, whichever comes first. Check out the links below for ordering! While you’re there you should also check out their selection of other sofubi and kaiju, they have quite a large selection since it’s one of their specialities to import.