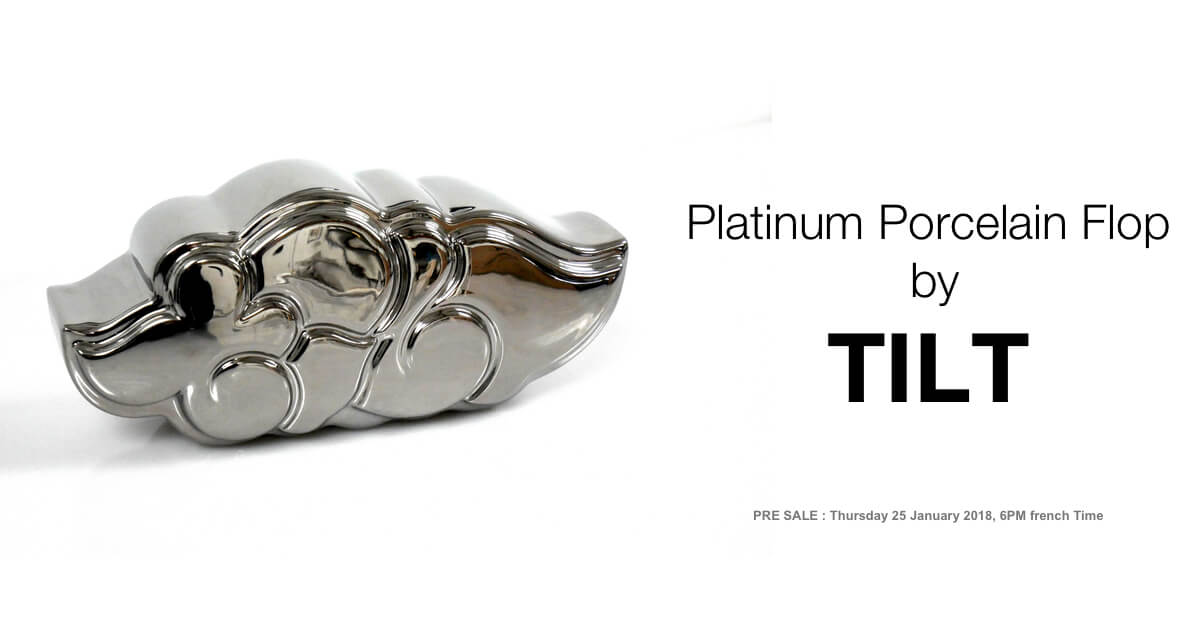 Bling Bling! Porcelain masters K.OLin tribu have a collaborated with OG French artist Tilt! K.OLin tribu taking his signature tag and turning it into extra white porcelain made in LIMOGES, FRANCE and with real Platinum applied to the brush by a porcelain craftsman up for pre-order! If you slept on last years SOLDOUT GOLD edition then this Platinum might be up your street. With an edition size of only 25 pieces! CRAZZZY LIMITED. 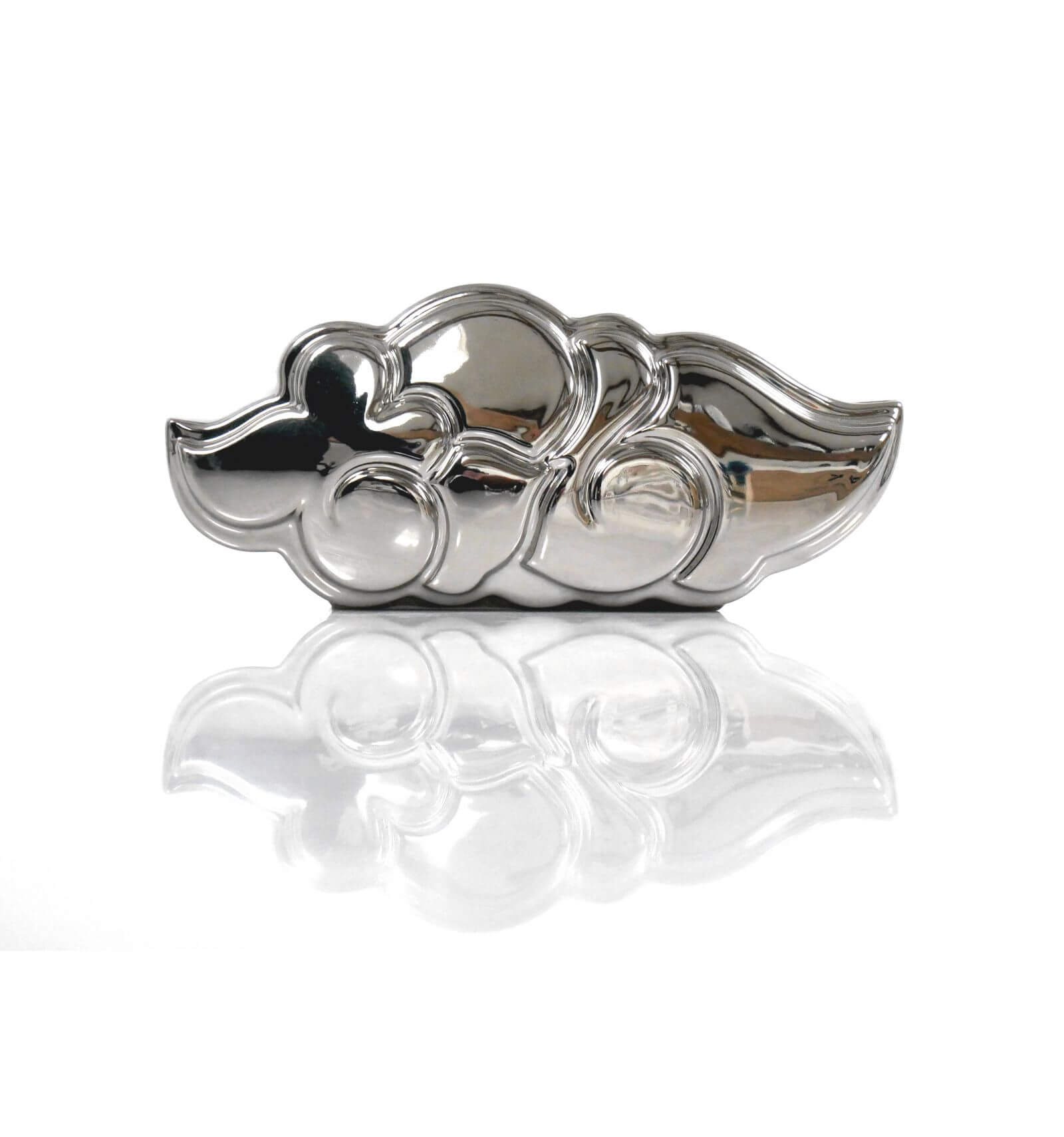 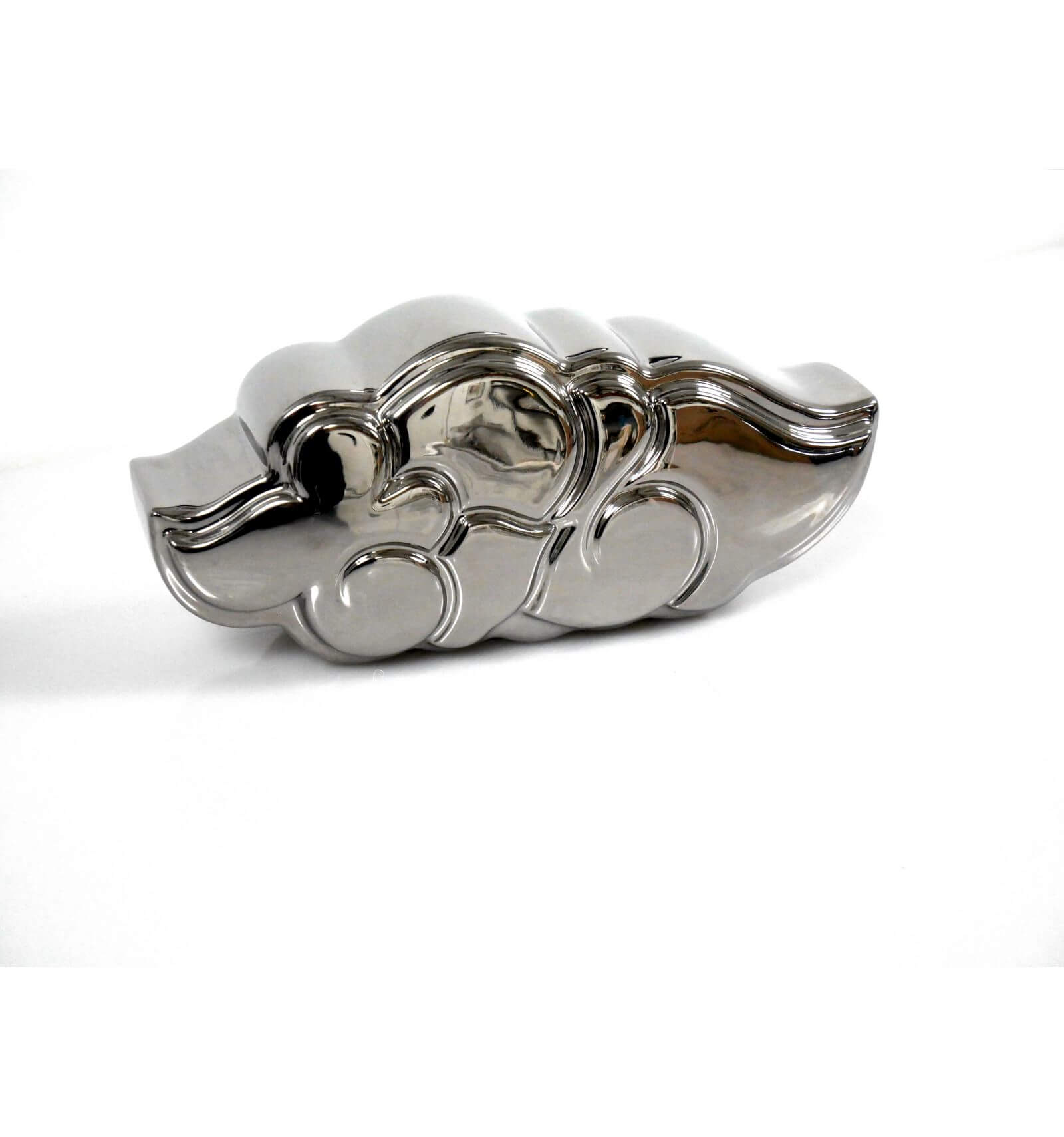 Sold with a certificate of authenticity signed by Artist, delivered in a luxury box.
The piece measures 24 cm x 7 x 10cm
WHEN: NOW
WHERE:  https://www.artandtoys.com

Tilt is an internationally recognised traditional graffiti artist, originating from Toulouse in South France.
A self declared “graffiti fetishist”, he learned his trade in the streets and on trains as a youngster. In the time since he did his first tags on a skateboard ramp back in ’88, his ensuing career has been nourished and influenced by extensive travel. Inspirational journeys have seen Tilt exhibit and leave his mark as far and wide as the U.S.A, Hong Kong, Japan, Mexico, Thailand, Australia, New Zealand, Laos, Taiwan, China, Canada, Philippines, Indonesia, Maldivians and
in excess of 12 countries throughout Europe.

Tilt loves demonstrating that basic, primitive graffiti can be as strong as complicated 3D lettering, wildstyles and characters. His focus on fun, high impact shapes and strong colours are a reflection of his history as a true graffiti writer, trained on the streets and in the train yards. Similarly, his extensive use of bubbly, curvaceous forms relates to his obsession with beautiful females.
Following classic hip-hop graffiti ideology, his individual styled name is the focal point in the majority of his paintings, in Tilt’s case a bubble letter “throw-up”. “Throw-Up” is graf terminology for a writer’s spraypainted name incorporating fast lines and done in one or two colours, designed for fast execution; it is the action which Tilt is most interested in, thus he utilises his throw-up styles to visually communicate the fun of creating graffiti in risky situations.

Tilt published three books of his art and photography title “Egodrips”, “PhotoGraffiTiltism” and “Fetish Bubble Girls”. He is now working
a lot on this project, shooting girls all around the world and painting on them. He is planning heading on more tours and of course painting murals and wall pieces.