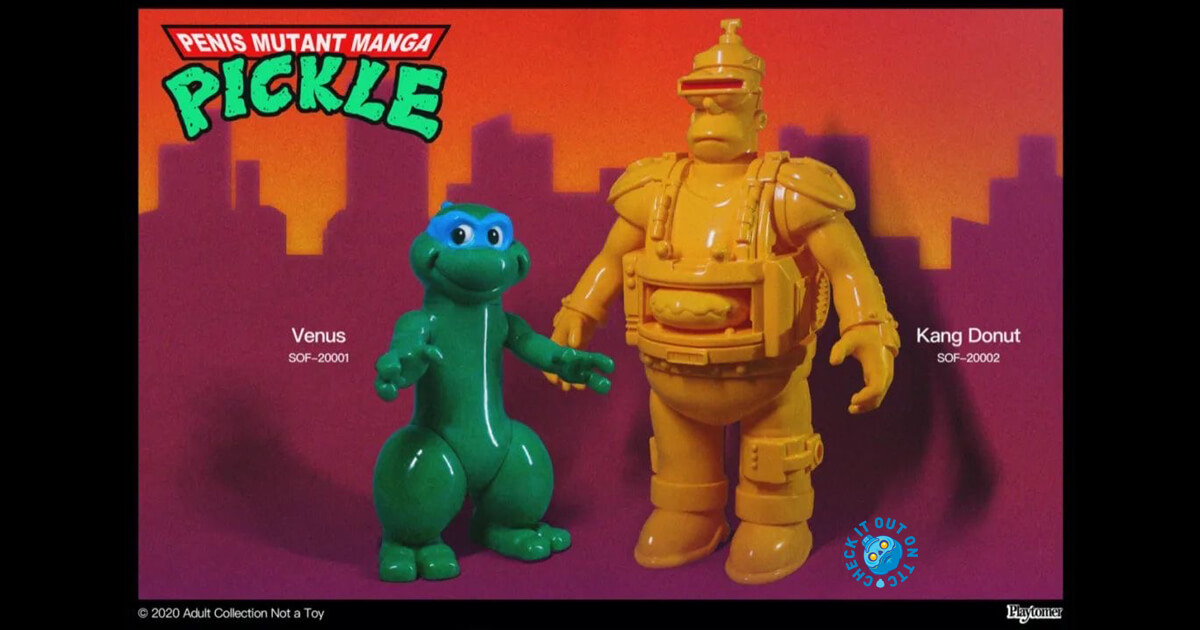 As we promised last month right HERE, we give you the release details of Pickle & Kang Donut Penis Mutant Manga by Playtomer! Ever since the bootleg masters at Playtomer caught our eyes with their take on Transformers “Arcee” bootleg style figure we have been hooked on Playtomer creations. Kang Donut has been born from vector to prototype and Playtomer is ready to unleash Pickle & Kang Donut from the Penis Mutant Manga series, HA! who would have thought The Simpsons and TMNT Homer vs KANG would work so well, HA.

Doh！More than 230 pounds, simple-minded, bad-tempered typical figure. A voracious eater and a great lover of doughnuts.
In order to eat more donuts, he found Kang and Kodos and teamed up with Krang to build a doughnut-powered mechanical body and join the conquest of the earth, just to eat all the donuts on the planet.

Venus de Milo from the「Ninja Turtles: the Next Mutation」，the most divisive character in the long history of the franchise. Now in the form of male genital organ.
Making the so-called girl turtle , pursuing commercial profits, not only messed with fans’ childhood, but also misinterpreted the real girl power. It was just a female image provided for male consumption.

WHERE: Email [email protected] or Scan the WeChat QR code below