Emilio Subira keeps on churning out crazy shit! Emilio’s latest release from his twisted creative mind is called “PANIC BUTTON”. Like the rest of Emilio’s past releases they are like nothing else in the scene right now. Emilio has a niche for explicit and outrageous designs and never boring we have to say. Available in 3 different colors Arcade Mode, NES style and blue button. Will “PANIC BUTTON” push your buttons? 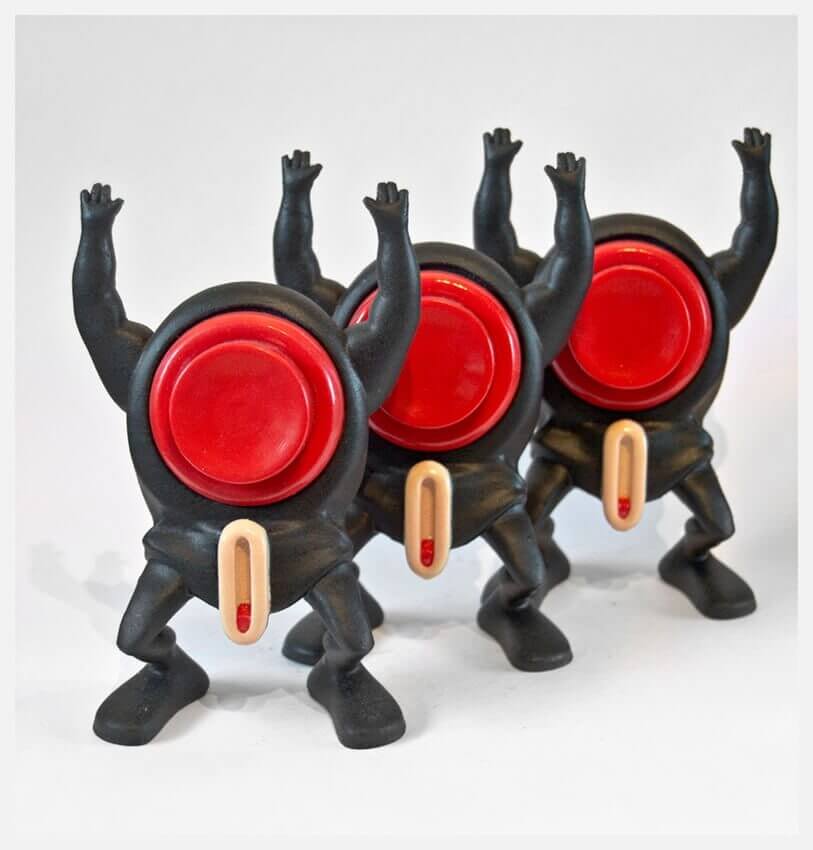 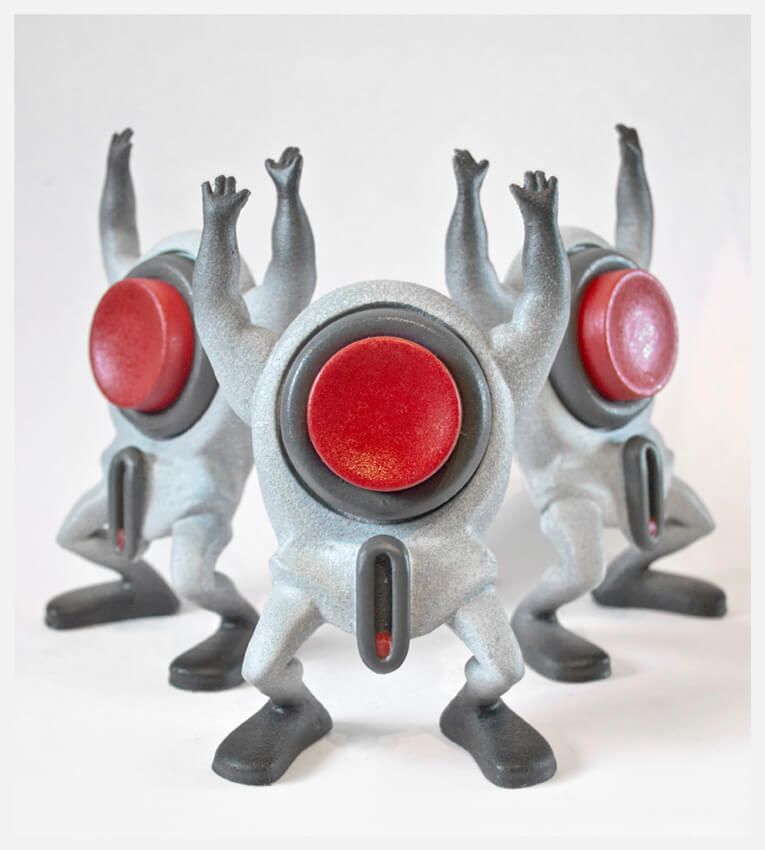