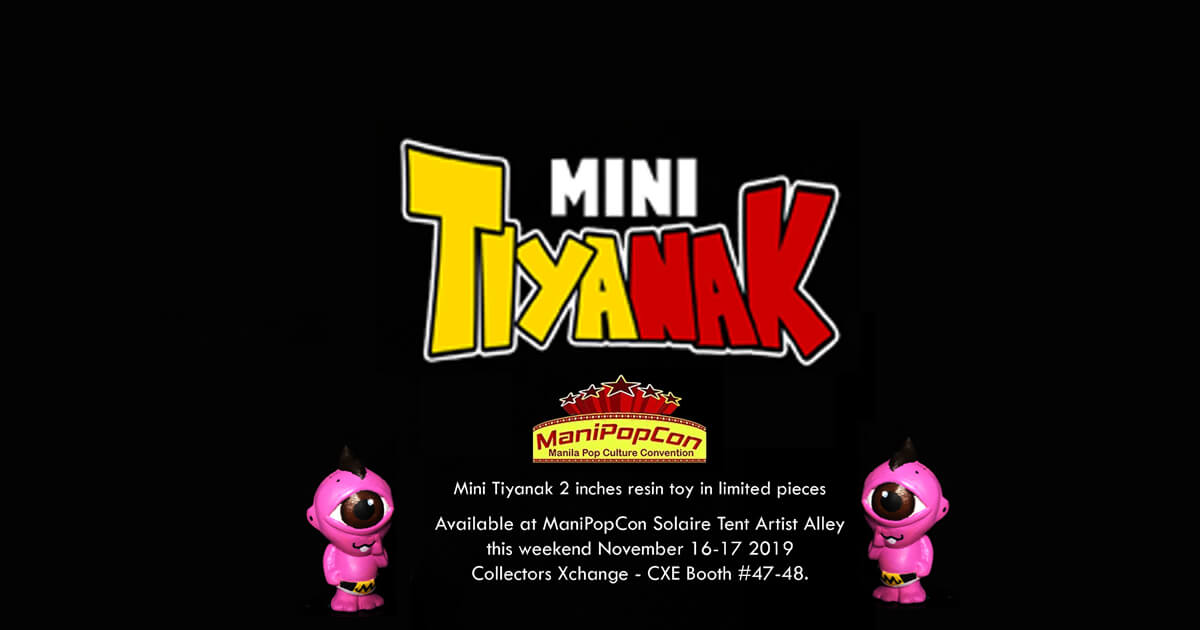 Manipopcon is just around the corner and Gemart Ortega aka Martkills emailed us in what he has installed for the convention! What’s hard 3.5″ and has one eye?! Nope, not Gary’s willy its “Tiyanak” a demonic unborn child taking the form of an infant which transforms into a scary monster!  One of the popular Philippines mythical creatures. Having already sold out of the Mini Tiyanak 2 inches resin toy a new colourway of mini tiyanak “majin Tiyanak” will be released this coming weekend at Manipopcon event.

I made a one eyed (cyclops) version of tiyanak to make it a bit twist and attract more yokai kaiju fan/s I’ve also been collecting kaiju/yokai vinyl toy. I have also wanted to revive the Philippines myth creatures so that new generations may know our myth/legends also the other countries.

Narly looking little thing right? We hope the final versions are more refined and cleaner lines to say the least, more like Gemart paintings. We can see more colourways in the future for sure. Find him at Manipopcon Gemart said he doesn’t bite, you just need to remember to feed him.