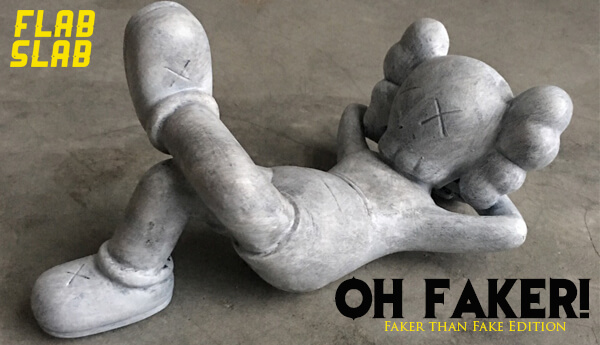 FLABSLAB have done it again! The hype train is moving fast as KAWS buzz is still looming in the air. The folks at FLABSLAB adds some humour into the day by releasing a few custom “Oh Faker!” FLABSLAB’s tongue and cheek take on the mighty Kaws will be laid to rest, FLABSLAB wanted to prove a point that the companion has so much life left in it with the cheekiness intended. Better than slapping on XX on Snoopy or Tweety? We think so. Love it or hate it the last three versions sold out in minutes so wave farewell to series with this Oh Faker! Faker than Fake Edition

FLABSLAB very own coloring padawan @zcxz took time off from work to paint a couple of these Oh Faker! pieces. They look like they’re made of concrete but like all fakes, looks deceive. 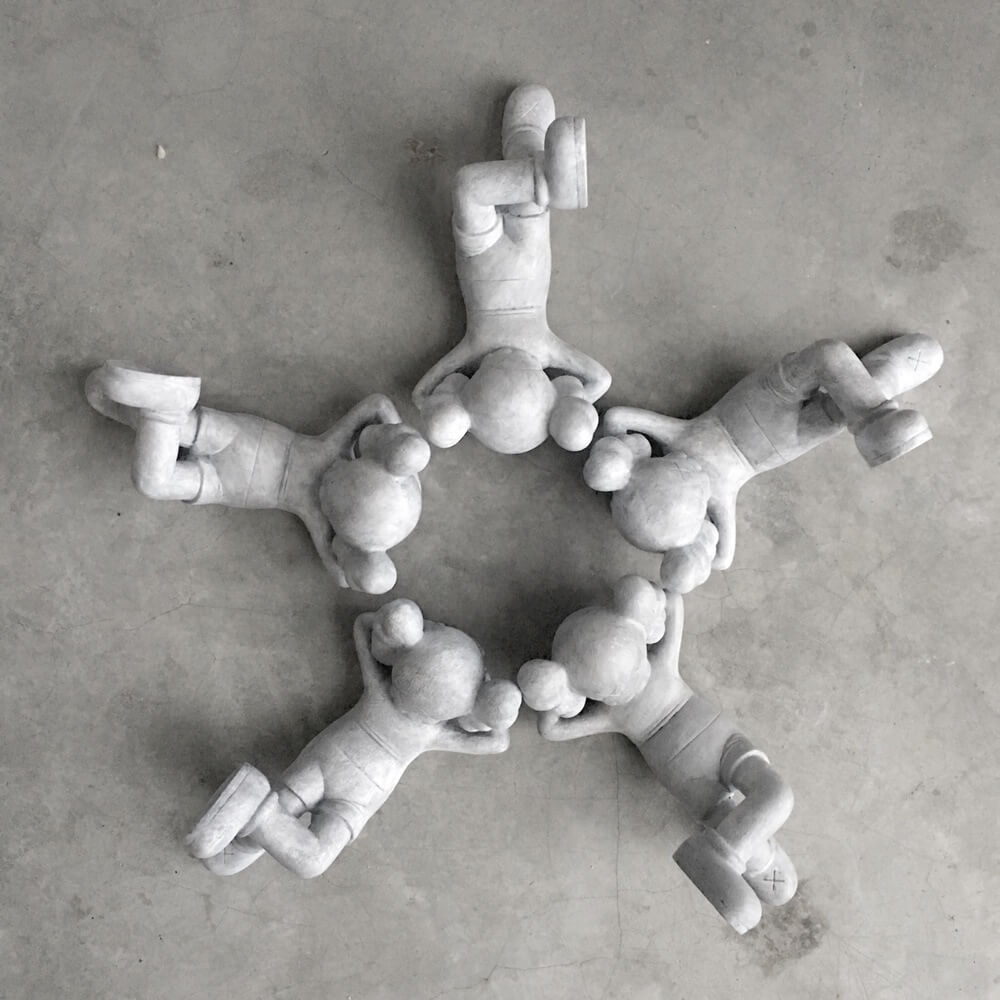 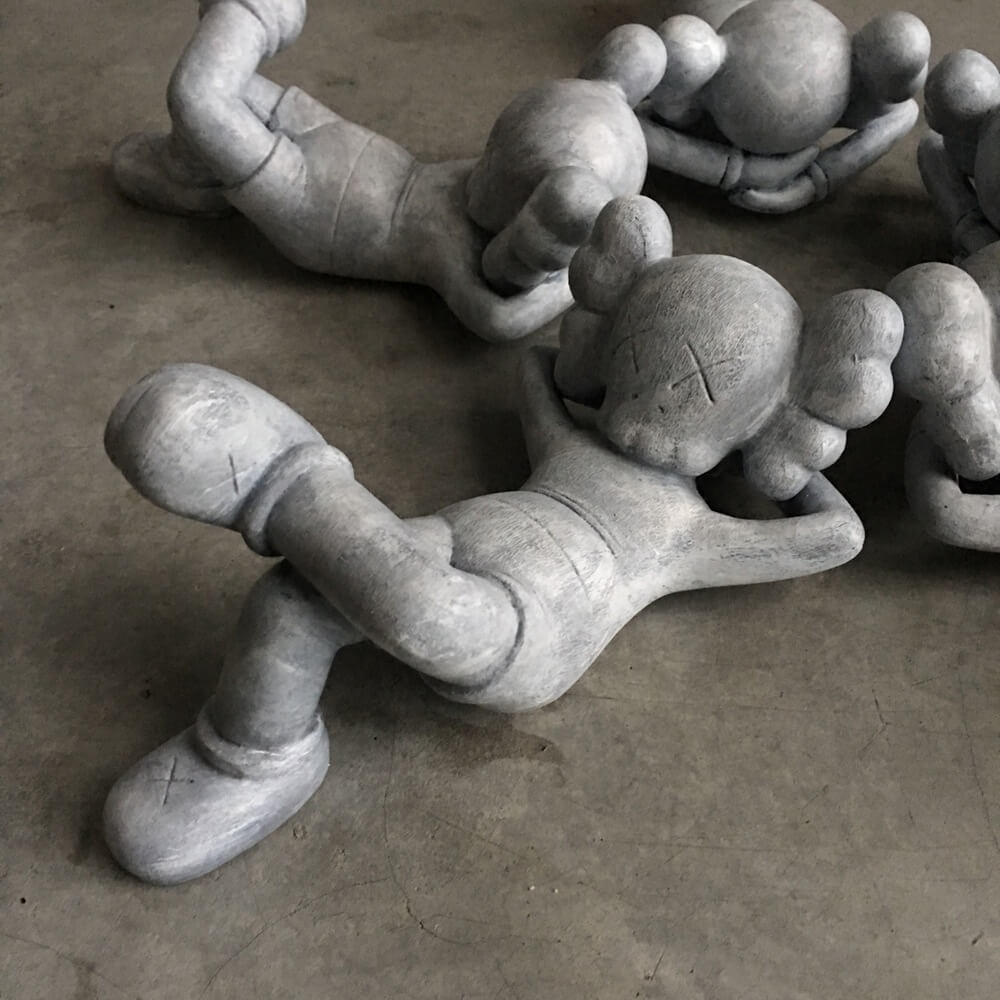 7″ of resin fakeness and comes with no decent packaging. Fakes need no boxes. 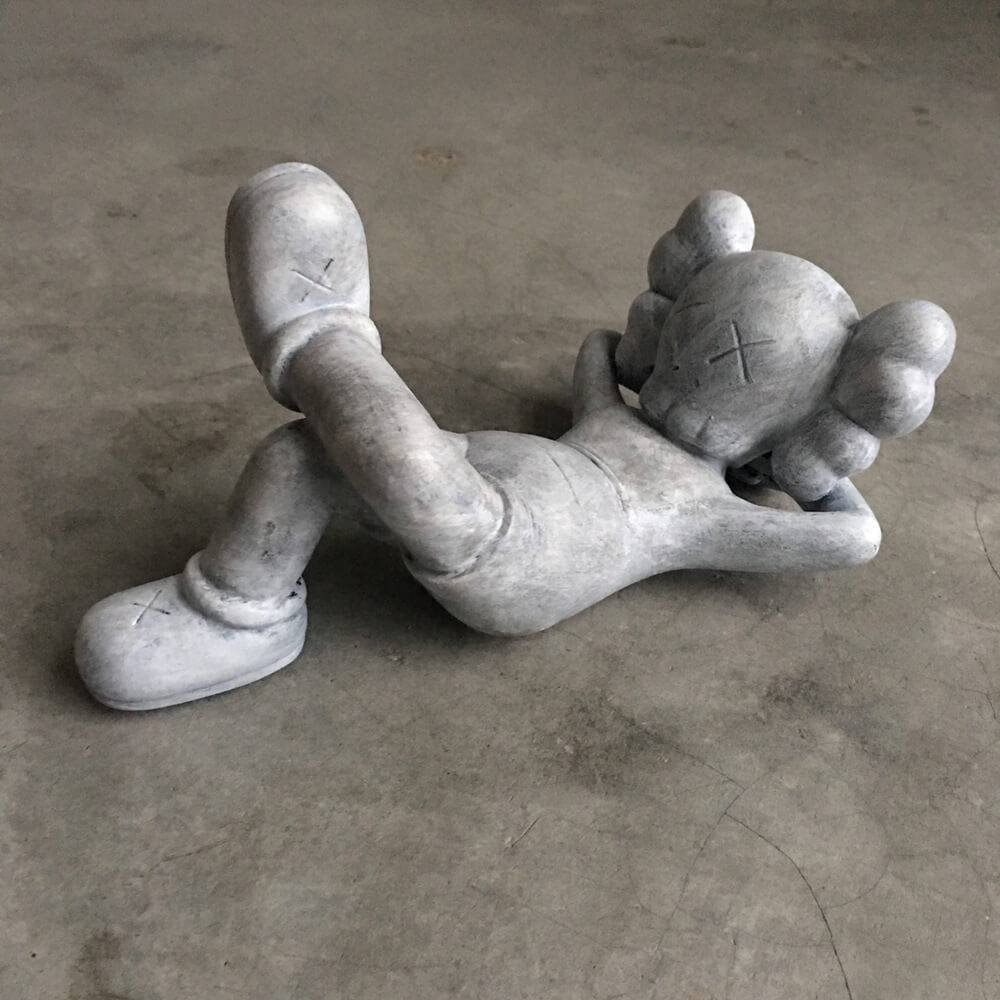