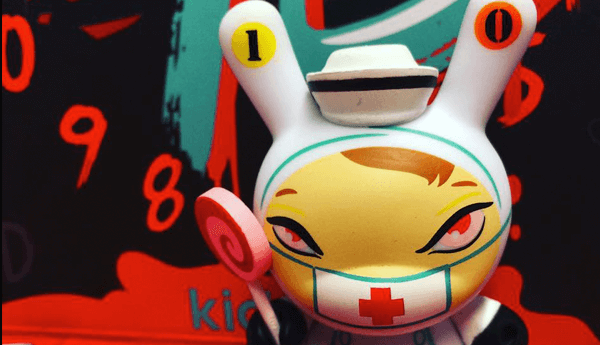 Following the reveal of Nurse Casket yesterday, Kidrobot today revealed #10 of The 13 Dunny Series – Nurse Cackle. This series bringing the art of  Brandt Peters & Kathie Olivas together will be official released on Friday 16th October.