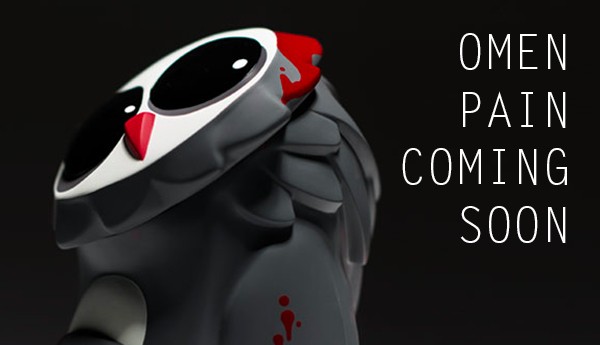 UK set your alarm clocks for 15:59 on 3rd December. Two new Coarse Omen Pain drops exclusively at www.coarsehkg.com
These 7″ Omen – Grim & Grudge – will be limited to 234pcs each. Price will be around dependent on conversion rate £52.49 (HK$ 660). This includes global air-mail shipping. 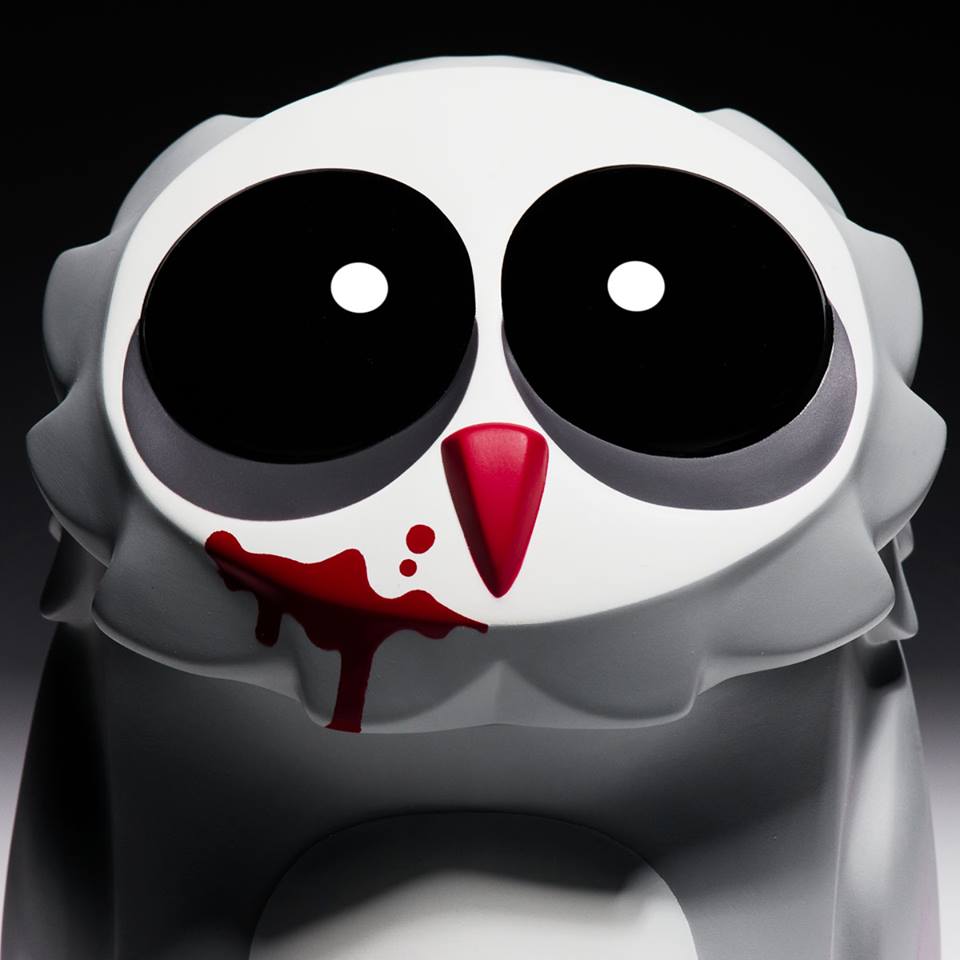 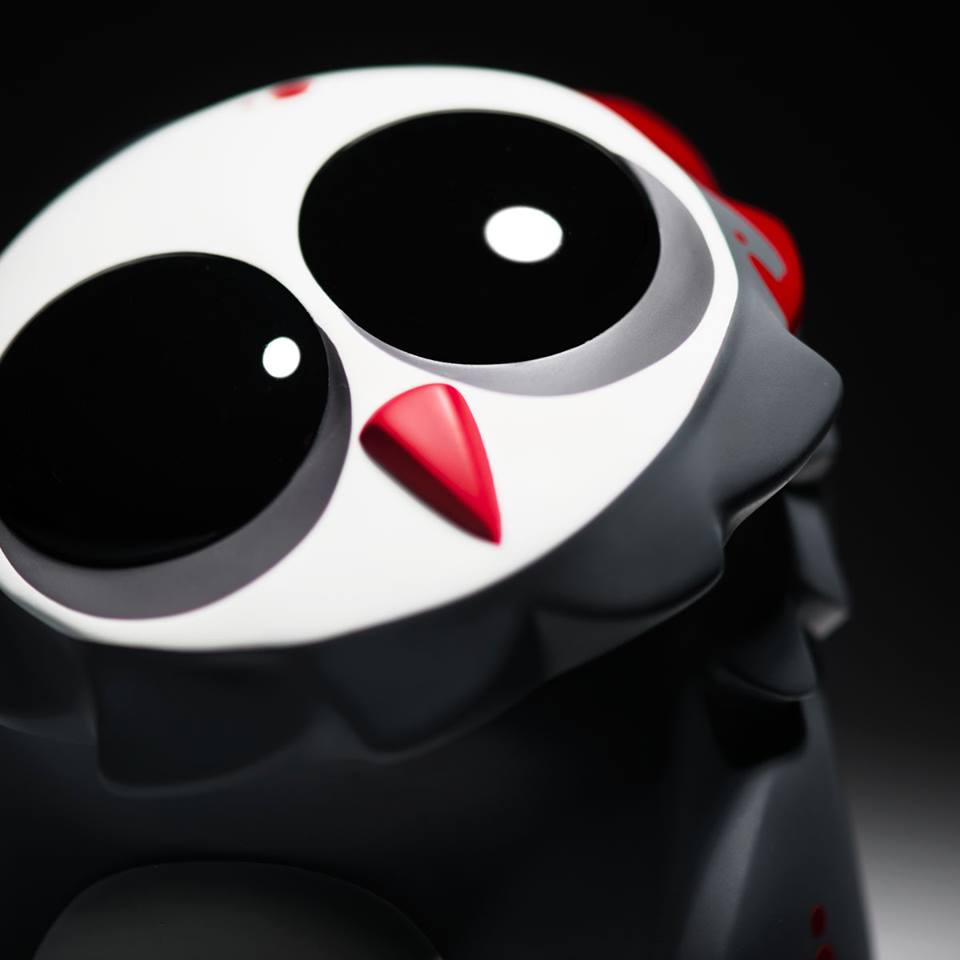 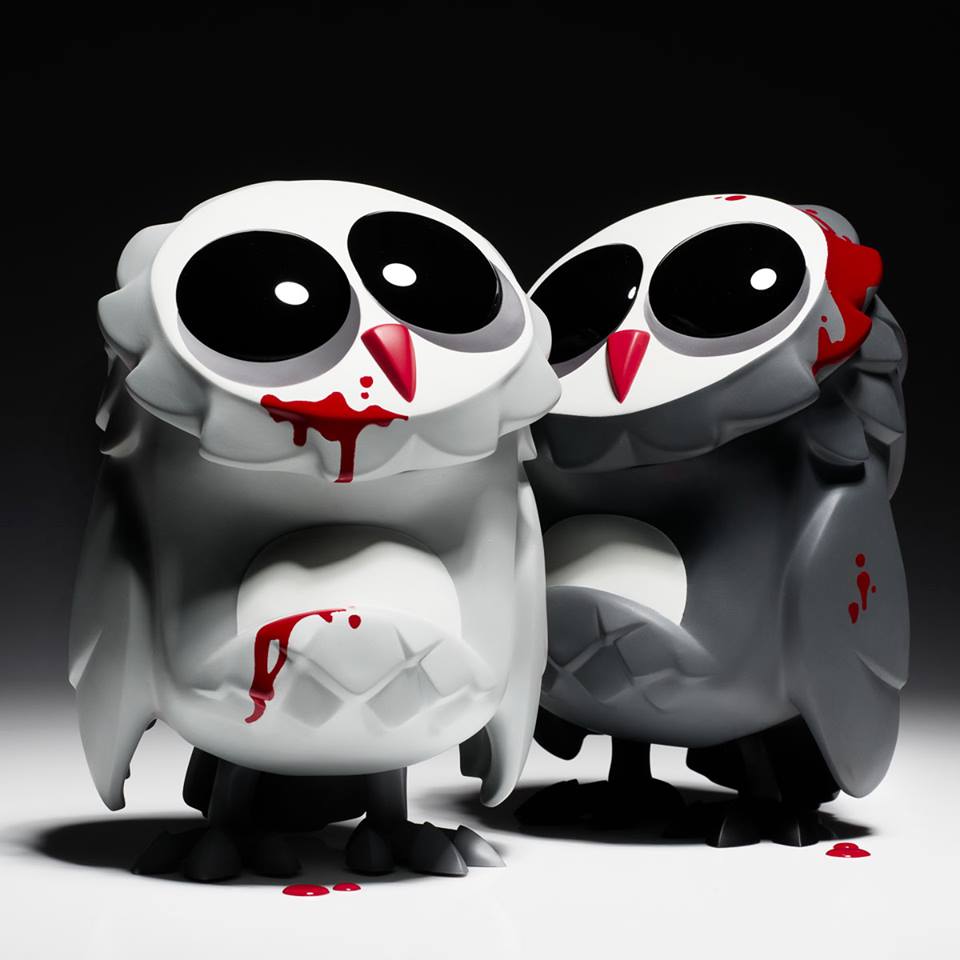 The omens Grim and Grudge landed in a corner of the forest rarely visited by any of the creatures living in these woods. It was an area known for its lack of water: there were no lakes or rivers or even creeks, and rainfall was scarce here, too. The lack of water meant a lack not just of omens, but of other critters, and since these omens had set off to search for food to bring back to the little ones in their nests, there was no reason they should have been here.

But there had been rumours. Rumours about intruders in the forest: boys and girls who appeared here out of nowhere, trembling and terrified and cold. They didn’t wander in mistakenly from outside the forest, (and besides, who knew what lay outside the forest’s perimeter besides The Void himself?), but rather they ended up here mysteriously, as if evaporating from whatever world they came from, their bodies vaporising and twisting apart just to come back into form here in these woods, for what seemed like no reason at all.

What a prize it would be! The omens sang to themselves as they flew, imagining the glory that would overwhelm them if they hauled one of these prizes back to their nest. Their own little omens could play with them and their nest would be the envy of all the others. There had been stories circulating around the branches that omens on the other side of the lake had already caught some of these prizes and been gifted golden cubes from The Void. This was all hearsay, of course, but didn’t stop these two omens from going on a nighttime search, hoping to find a prize in the last place anyone would look.

They were just about to turn back when Grudge spotted something lying still on the forest floor.

Immediately he swooped down, soaring closer and closer to the ground. Just as he began to level out, his beak wide open and aimed at the girl’s left arm, she rolled to the side, tumbling down a small embankment and coming to rest near a stone twice her size.

“I’ve got her!” Grim shouted. She flew over the embankment and spiralled up above the boulder before falling head-first, her target perfectly in sight.

“Hey!” cried Grudge, lifting off the ground. “I saw her first!” He flew straight ahead, smashing into his friend, his beak striking and puncturing her neck. The injured Grim let out a cry, tearing herself away, opening the wound even wider. She swivelled her neck around and pecked her beak into her friend’s face. The tears from his eyes were hot on her feathers, and his blood dribbled down her beak.

There was a rustle of nearby bushes, and remembering the girl, both omens pushed each other away. They looked around each other, quickly scrutinising every inch of space, but the girl had fled. She was gone.

Grim and Grudge stood there in near-silence, waiting for something to happen in this forgotten corner of the forest. What they thought was the sound of her footsteps returning was just the sound of their blood drips, drizzling down to the crisp dead leaves, like the drops of fresh and impossible rain.