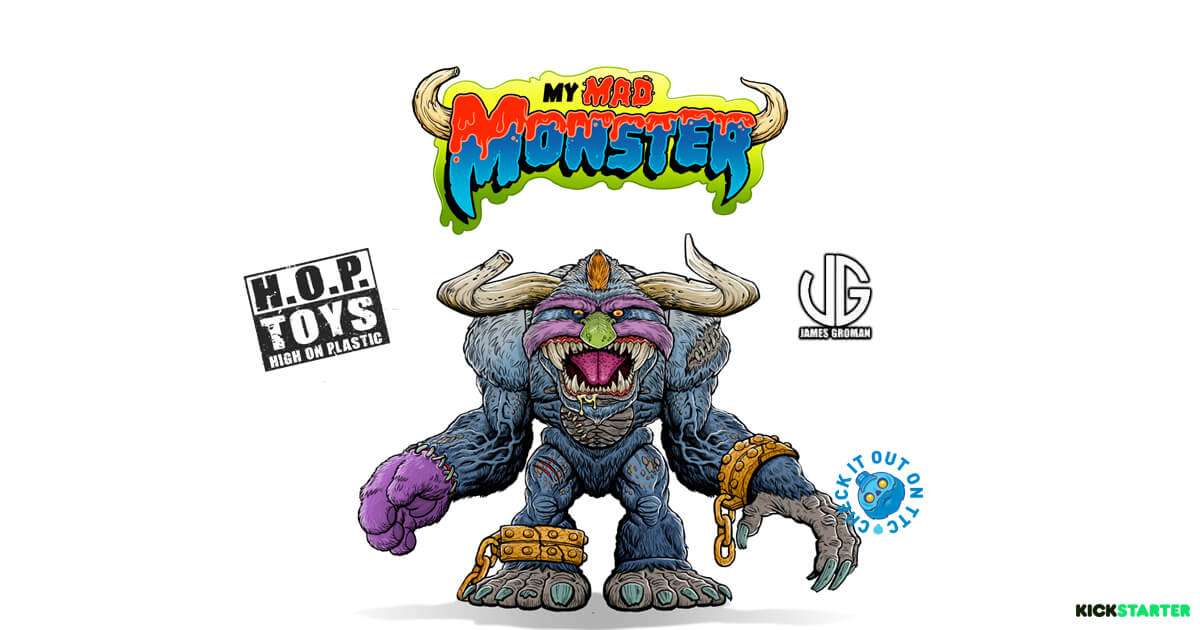 The wait is over and it’s time to hold down the nostalgic bug. I’m sure any kid growing up during the 1980’s will have wanted their own Pet Monster. 30+ years later is looking to bring back My Pet Monster with a twist! Bryan Doell of HOPToys and James Groman Designs are teaming up to bring you MY MAD MONSTER, a premium vinyl figure homage/parody of the original My Pet Monster, which James played a major role in developing in 1986.

The figure will be 10+ inches tall and nearly 14 inches wide and will feature 9+ points of articulation, an interchangeable alternate jaw, and killer accessories (TBD) all hand sculpted by James himself.”

HOPToy & Kaiju master, James Groman is running a Kickstarter campaign has already been fully funded in a matter of hours! 27 day left to be apart of the campaign and be one of the early adopters! They are looking to produce the character into a 3-dimensional art toy made in vinyl and with your pledges, they can make this awesome collaboration into a reality. The Kickstarter sees a discount for everyone who backs the campaign as well as some special edition when stretch goals are unlocked! Plenty of tiers and pledge brackets to choose from.

James and HOPToy made it a goal to produce this figure at much lower price point than similar large format art toys that he’s created, during the Kickstarter campaign backers will be able to get this incredible figure fully painted at $250, with unpainted blanks available for $200.

James will be hand painting 4 figures for the campaign and we have also brought on some of our favorite sofubi artists such as Ricstroh, EvilDave, Kaiju Legion, and Griz for limited custom painted rewards.

They are planning a smaller companion figure as a stretch goal, which will be announced later in the campaign.

Back the campaign HERE https://www.kickstarter.com/projects

The tentative release date for the figure is April 2021.