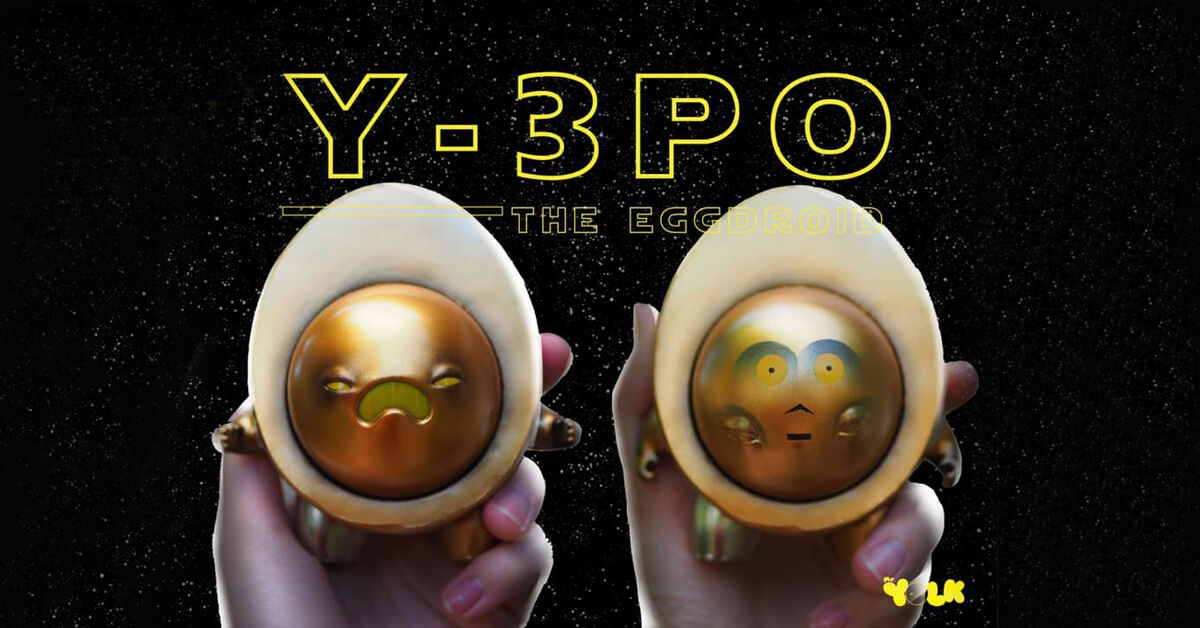 Possible one of the most limited editions from Ramarama Studio! A long time ago in a galaxy far, far away… comes Mr.Yolk -Y3PO Exclusive version for 1983 Online ATS x Tmall event! Yes, Thailands artist Job Sornpaisarn aka Ramarama has announced a Star Wars inspired release! C-3PO ate so many eggs he became an egg? Who knows, all we know we didn’t see this coming and Mr.Yolk -Y3PO look hilarious.

Get your daily protein fix with Mr Yolk. Just before the launch, we thought you would like to see Mr Yolk in action and how cool Mr Yolk is with all the moving parts as well as the FULL release info. Check out the video below.

Just look at his moody face, HA HA HA. You would have that expression if you were cut in half, right? A brilliant idea that you Mr Yolk is removable yolk hahaha.

If you’ve been TTC fans you’ll know we are huge fans of Ramarama MR.YOLK which you can see our unboxing below.