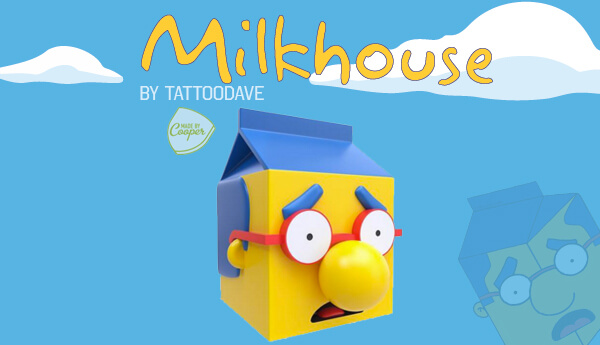 If UK based designer Dave Walker AKA Tattoo Dave “GUNTER S THOMPSON” resin figure release wasn’t enough. Dave is already planning for his next release. Joining forces with the guys over at Madebycooper. Dave is all ready setup to get his “Milkhouse” resin toy released. It was a no brainer for Dave to get Milkhouse made into a figure with all the success from Daves famous Milkhouse stickers and pins. 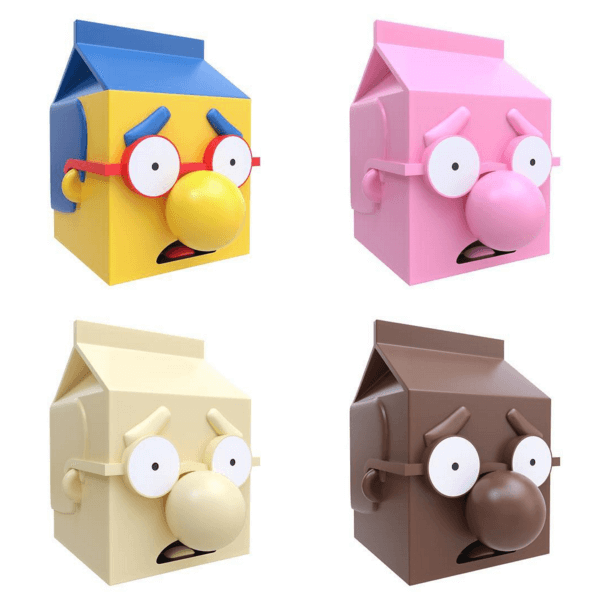 Dave is still deciding on which edition to be released first. Our choice would be the OG colourway for sure! but why not a mini 4 pack whooop whoop. Simpsons fans be prepared here comes Milhouse Van Houten like you’ve never seen him before. Calcium not included, just Vitamin R.

So no set date yet but you can head over to Dave’s http://tattoodave.bigcartel.com/ to get some awesome pins and stickers. 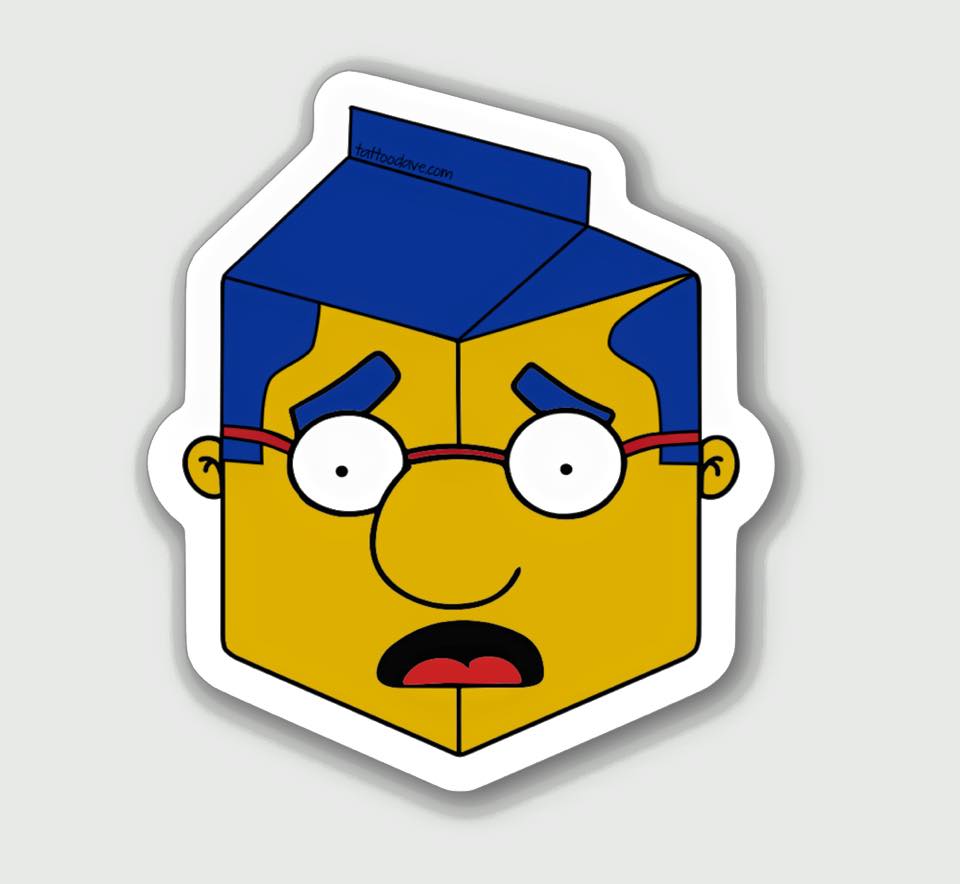 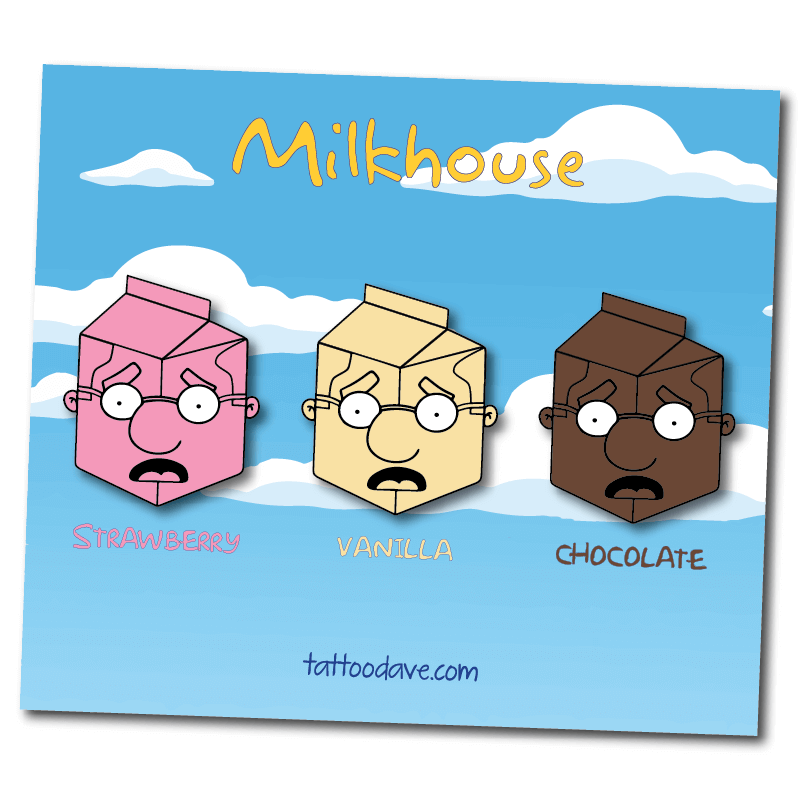