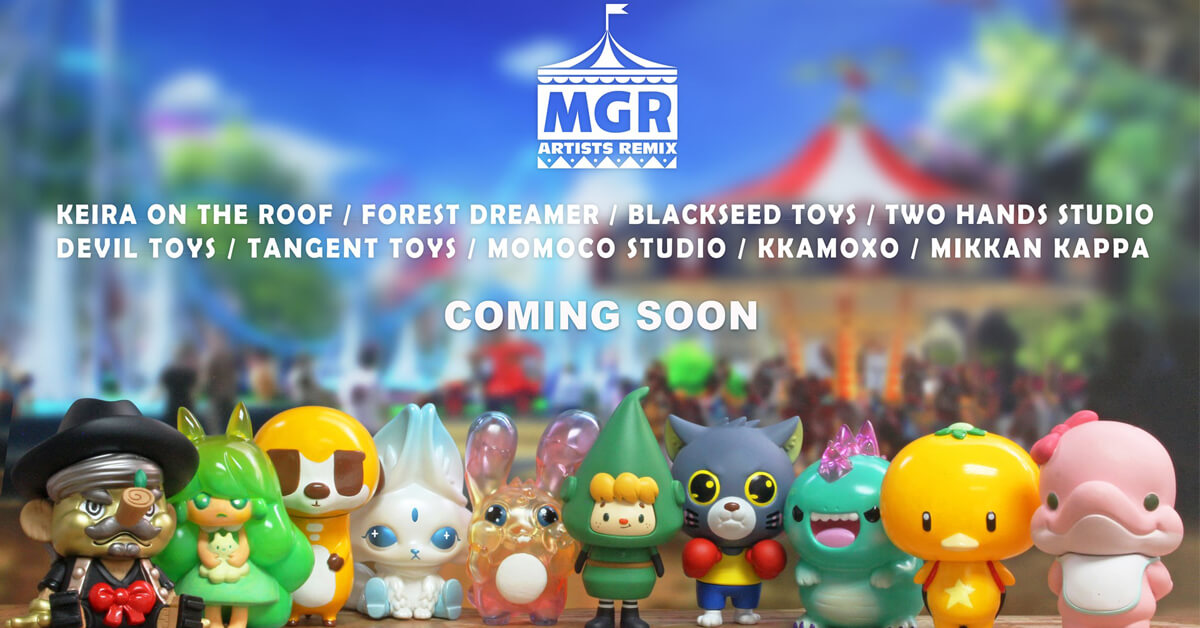 It’s no secret that the fine folks at MERRY GO ROUND have been working on a mini-series which feature a whole range of Chibi versions of MGR characters with the first two USOTENGU & KURI already released and showcased at TTF 2019. Today Merry Go Round has revealed the whole range of MGR ARTISTS REMIX! Boy are you guys in for a treat as the series features most of the MRG family.

Which ones are you looking forward to? Great to see Boxing Cat make a come back too. Stay tuned for further updates and expect special editions in the near future. No release date just yet, but with various conventions coming up we would gamble on a debut.