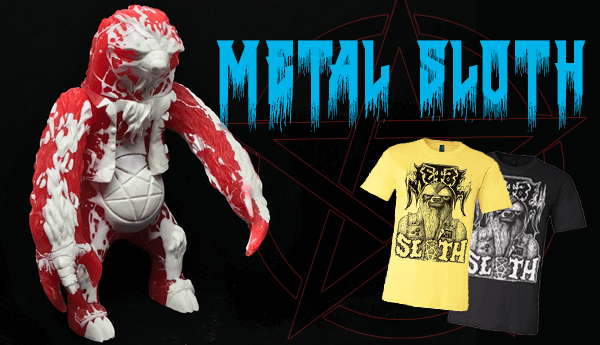 You know how you always remember that moment in time when you meet someone that fucking awesome that it sticks in your mind forever?! Yeah, that happened when we first met Metal Sloth! It was love at first sight. We were scoping out the different booths going on at Five Points Festival (NYC) in May just past, so much greatness going on but out of all the noise, there was a shining beacon. That beacon emanated from the Xpanded Universe booth. It was METAL SLOTH! *epic guitar solo* 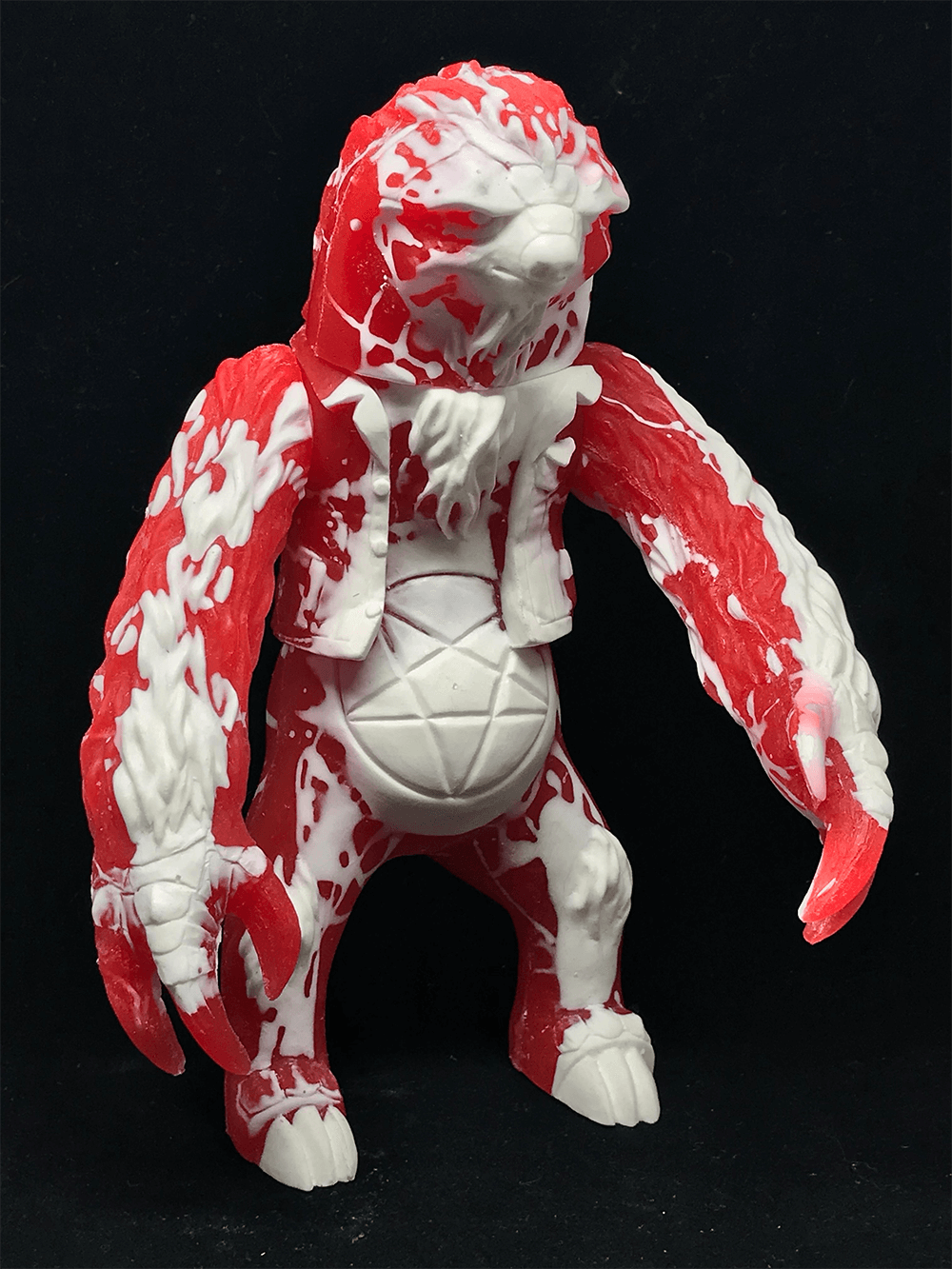 Now the Metal Sloth you see above is a prototype that was gifted to The Toy Chronicle from Xpanded Universe during Five Points and he’s taken pride of place on our desk at TTC HQ ever since. Metal Sloth was a collaboration between Scott Martin Thomas and Mike at Xpanded Universe combining two awesome things that Mike loves – Heavy Metal and Sloths! Scott Thomas was the man behind the sculpt and executed it perfectly, right? 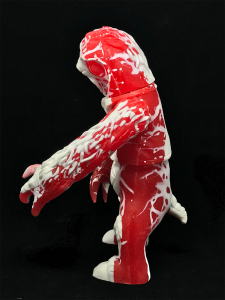 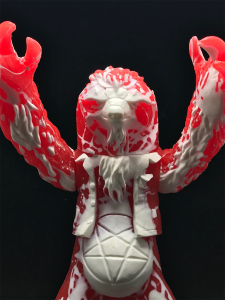 I can’t wait to see his #sofubi counterpart in November. Once again this wouldn’t have been possible without @scottmartinthomas and his masterful skills on the sculpt #comingsoon #metalsloth #sofubi #sofvi #dcon #dcon2017 #resin #designertoys #arttoy #vinyltoys #createordie #xut #tucson #downtowntucson #metal #blackmetal #downtown

However, before DCon hits us, Xpanded Universe has just released two Metal Sloth t-shirts, and they’re both METAL AS FUCK! Available to purchase for $20/£16 each. You can either go for the Brutal Black version or the Mellow Yellow version. We went with the Mellow Yellow version. If you purchase one of the tees you will also be getting a Metal Sloth sticker pack and number that will correspond with the Xpanded Universe release of their first sofubi Metal Sloth debuting at Designer Con next month. Three customers will be picked and be awarded a Vinyl Metal Sloth from their very first batch. Which is a fucking cool way to own Metal Sloth! 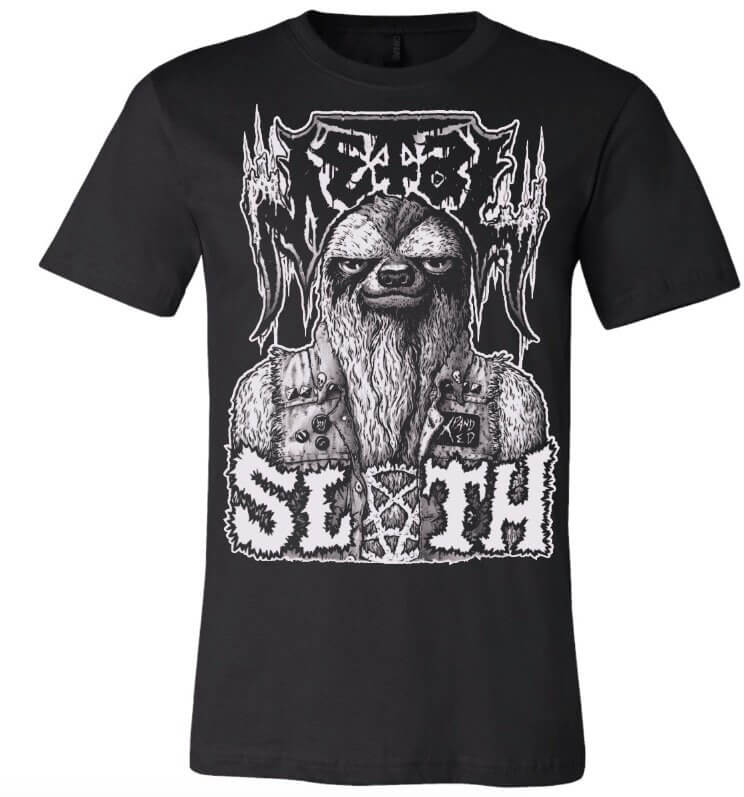 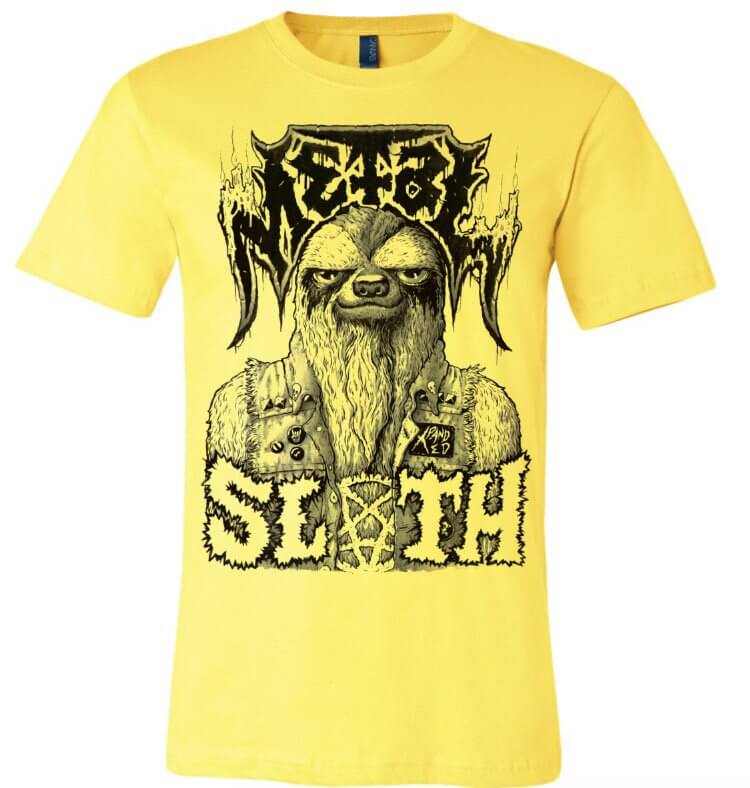 We are absolutely in love with Metal Sloth. We throw up our devil horns and salute this majestical beast! Roll on DCon when we get to see more of the Xpanded Universe & Metal Sloth! \m/ \m/