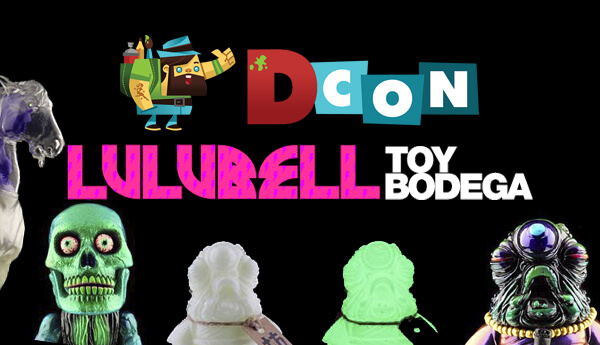 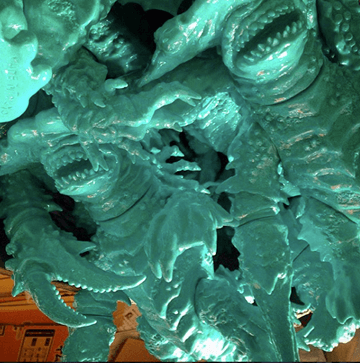 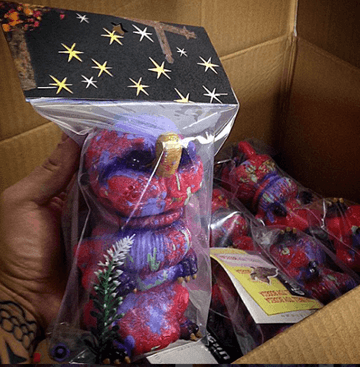 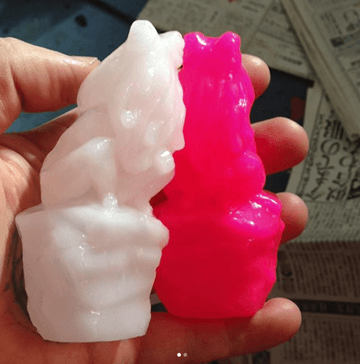 “Making their debut at Dcon, Yung God, sculpted by Travis McIntosh for our Grody Shojo accessory line! Necklace will be available in pink or white for just $15 each!” 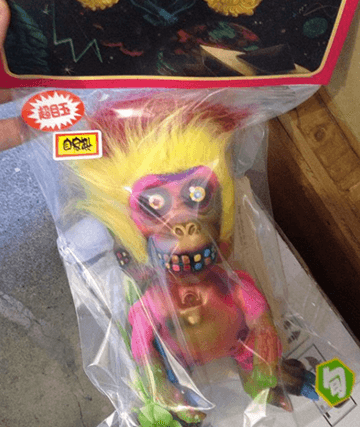 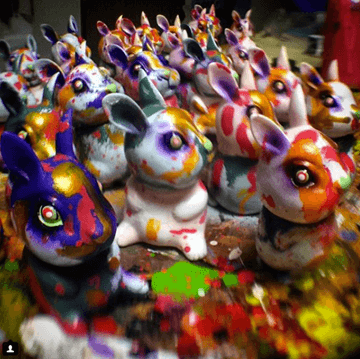 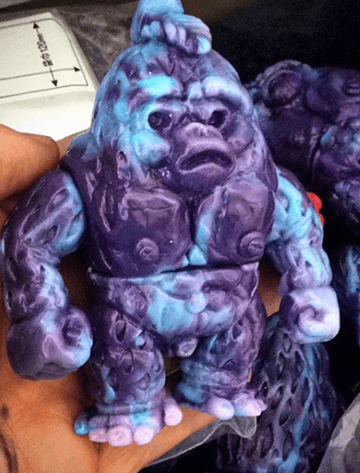 “Also making his debut at Dcon is the Fruit Brute by Grody Shogun! Marbled vinyl, available in figure only for $35, or as a Shojo necklace for $45!”

“Includes a custom sculpted and hand cast Tanuki style bottle of booze slung across Bōzu’s neck on a beaded necklace! $65, LTE of just 13”. 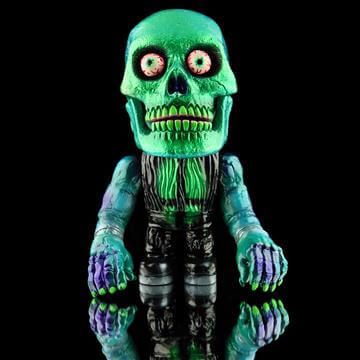 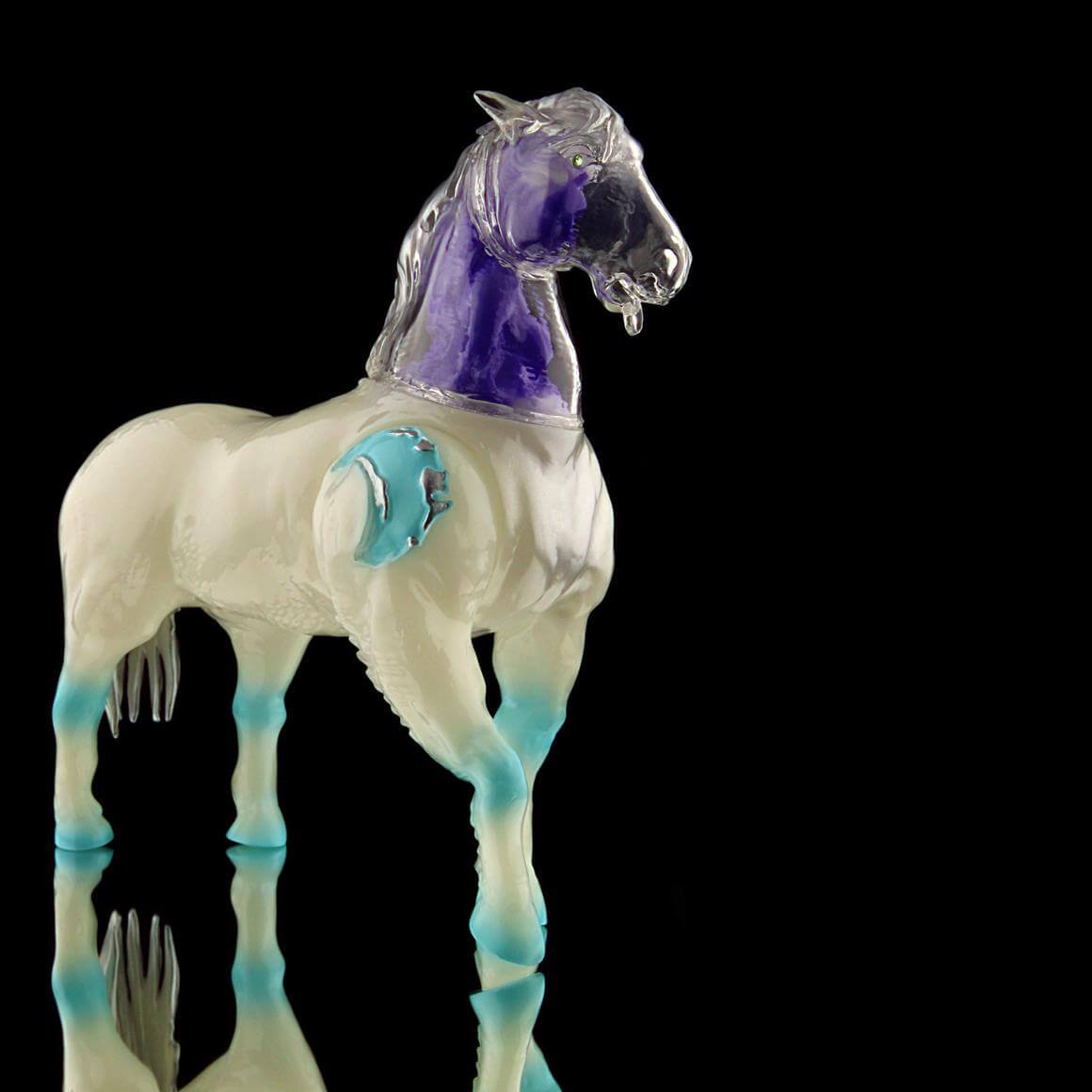 “The latest incarnation of She Headless Horse by Boon Velvet will be maker her way in very limited quantities with us to Dcon (with the remainder being sold by lottery via the Boon Velvet site). Aki No Kumo means “Autumn Clouds” in Japanese, which blanket the sky high above with bright white, blues, and purples, making way for a calm, clear transparent day. Made with love from Japanese sofubi, and handpainted by Michael Devera for Boon Velvet. ‘She’ transforms into 3 different versions: complete horse as shown, take off the clear horse cap to reveal the Ecto Girl beneath. Or remove and replace with the severed head cap to display as the headless form! $150! (Photo credit to our very own Lulu Robert!)”.

More goodness to be revealed soon!