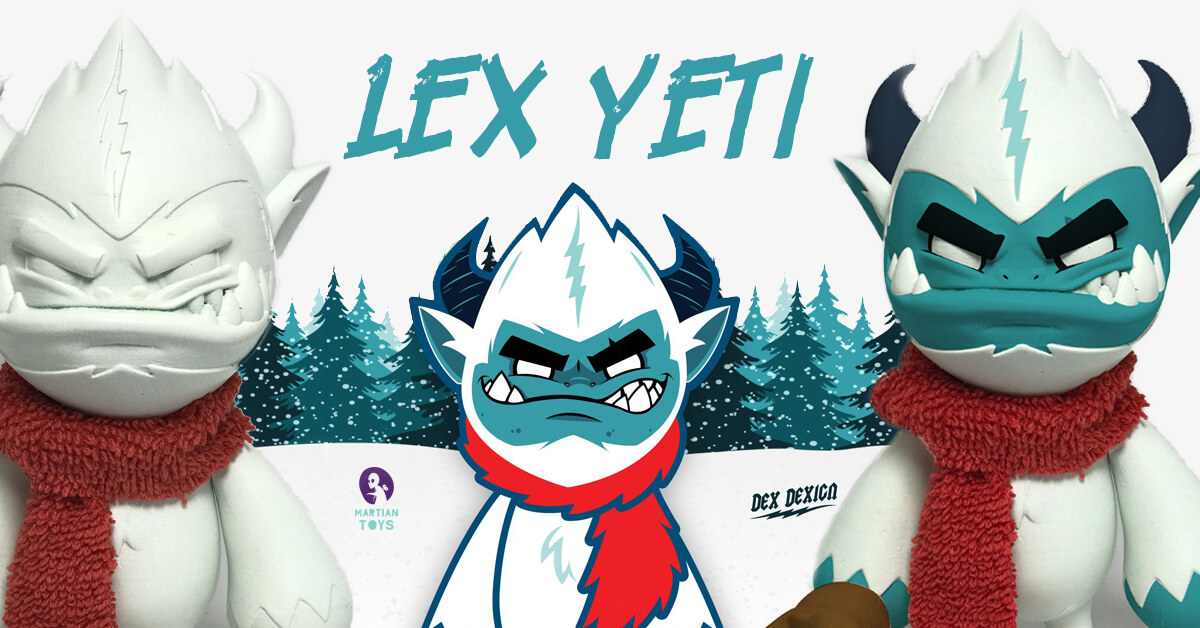 Yeti Season 3 isn’t over! In fact, it’s just beginning. Be one of the first kids on your block to get the Yeti Dex resin toy! Choose fully painted or unpainted (for the initiated who want to prove they can yeti with the best of them!)

You can preorder a blank resin Lex for $40 or fully painted OG colour Lex Yeti by DexDesignLab for $85. Lex comes with articulating arms, a red fabric scarf and a tree club accessory. Lex Yeti stands ~ 6 1/2” tall. In addition, there are 3 special custom tier levels by three of the best artists in the scene today— Jon Paul Kaiser, Squink and Igor Ventura. Please note the special edition customs won’t be available until there’s a full spring thaw (estimated delivery Late Q2). 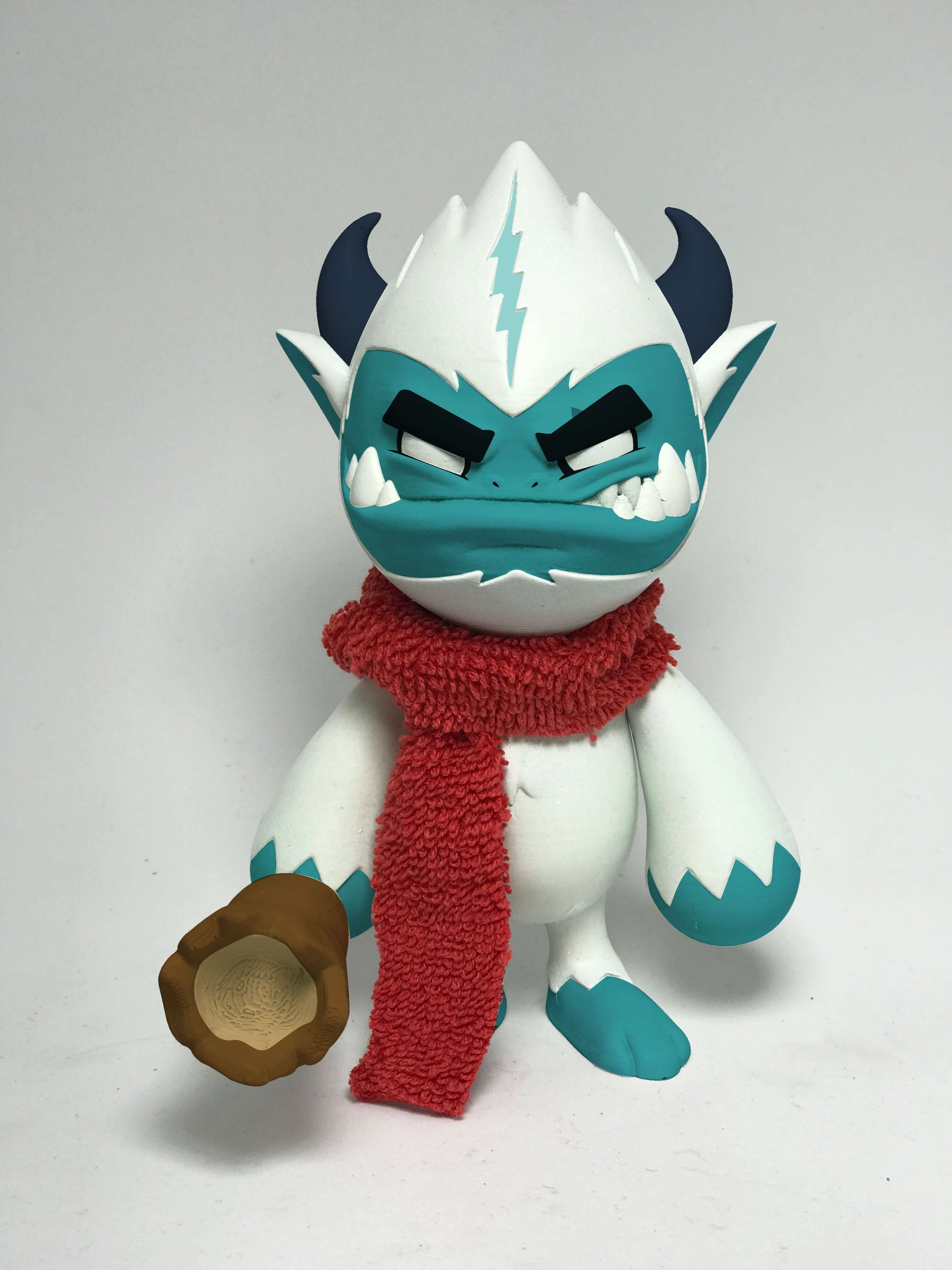 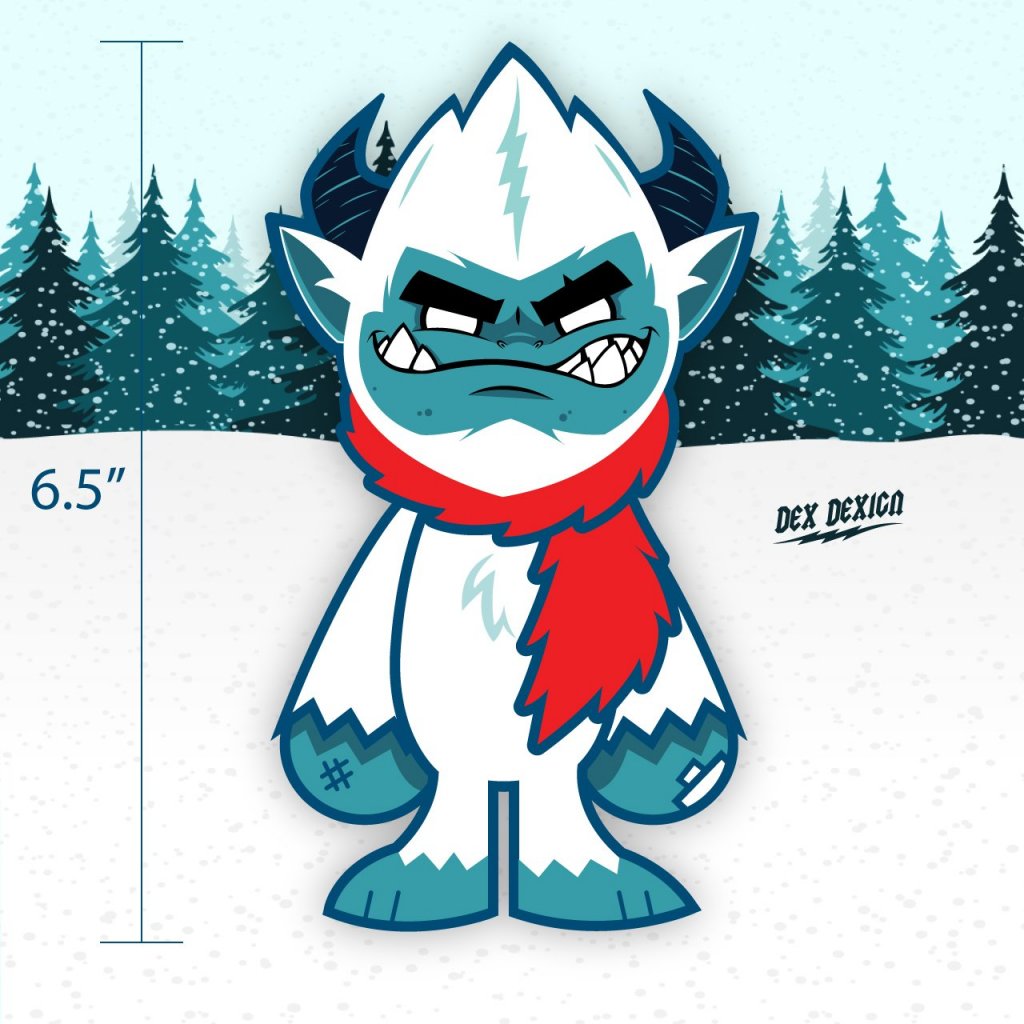 This is not your average bear (or yeti) preorder it’s also a Martian Toys test pilot program – MartianStarter, a kickstarter without Kickstarter! What does this mean? If a certain amount of preorders are purchased by March 4th, Martian Toys will kick this up to a full vinyl production. Each order will receive 2 pieces of vinyl instead of 1 resin in the event this happens along with a special pin and patch to say thank you for being an initial Lex Yeti collector.
Pick up a Lex Yeti  NOW at https://martiantoys.com/
Attention all designers, artists, customizers, toy assassins or whatever you call yourself. Look out for more info on the Martian Toys test pilot program – MartianStarter in the next few hours.
If you want to get your Designer Toy news first, you should look to download our new TTC Mobile App. Designer Toy news direct to your smartphone. No dealing with social media algorithms. It’s FREE.

Email info@martiantoys.com if you have further questions.