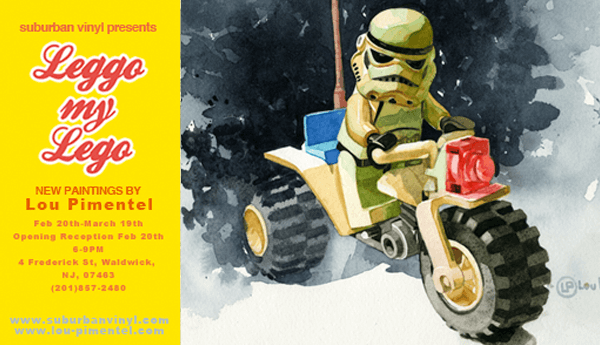 SubUrban Vinyl are hosting a special solo exhibition over at their store. Starting with their opening night tonight, SubUrban are hosting the ‘Leggo my Lego’ show by Lou Pimentel. Lou brings his amazing watercolors and love for all things Lego together for this amazing solo show 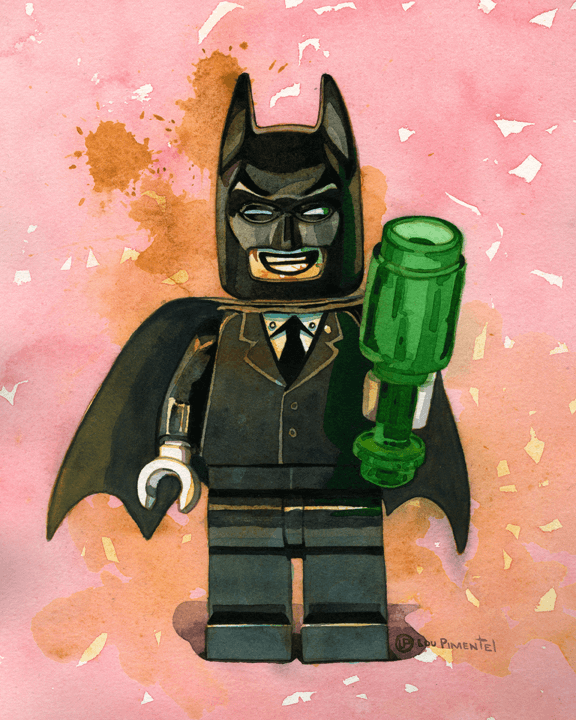 Lou Pimentel makes art because it’s fun making things, particularly the early chaotic stages of the process. As a child Lou would spend countless hours drawing fish, or making costumes out of boxes, and scraps. Those worry-free, simple days were golden for him, and Lou aims to reconnect, and record those feelings with his art. 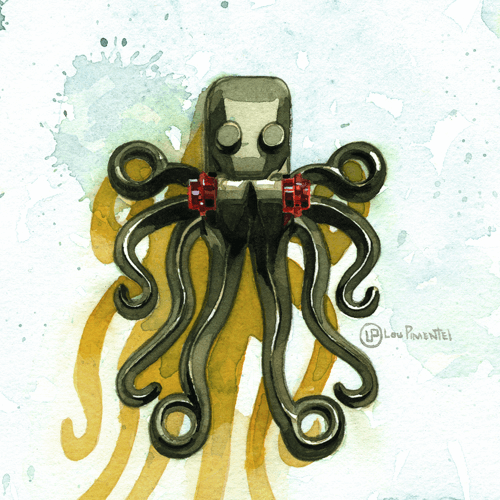 Lous body of work is like a time capsule documenting his interests, and feelings, past and present. It’s a way for him to connect with the viewer and tell them a bit about himself, his perspective of the world, and his experiences. In return, Lou hopes that people see a bit of themselves, and connect with the work on a deeper level. 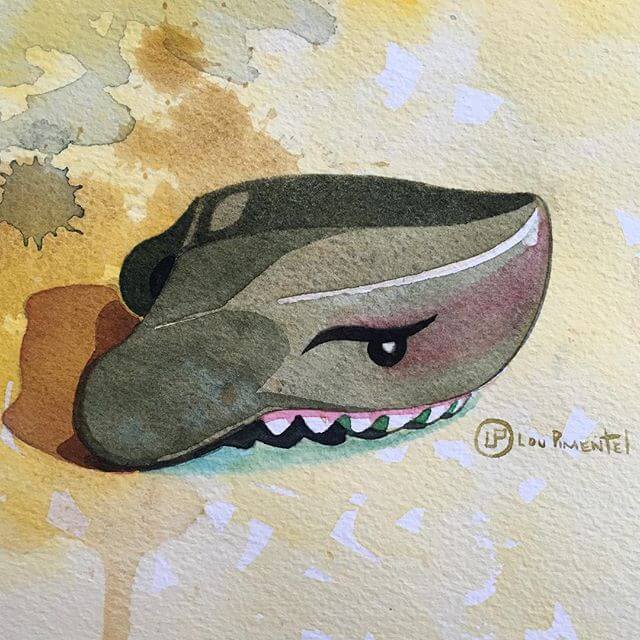 Lou approaches his watercolors in the same manner that he did his oil paintings; creating an under painting in yellow ocher. But, after the under painting is done Lou jumps into his chaotic phase, where he creates splashes, puddles, and drips to give the work some drama. Lou pays close attention to values to help give his subjects the illusion of form and volume, but in very deliberate brush stokes, not worrying about smooth blends and transitions. 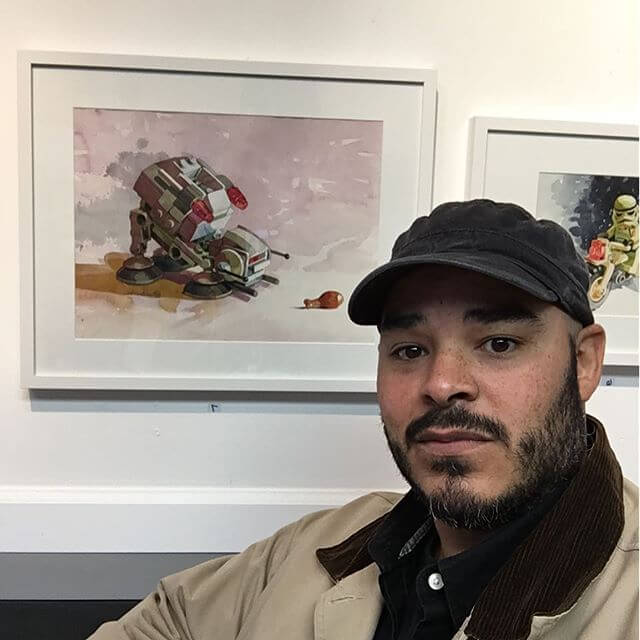 Everything Lou puts his name on is like a child to him; since he gave it life, and the fact that Lous work will still be around long after he is gone means a lot to him. Each creation is one of Lous footprints left behind. The work that he gave existence to also proves his own, and Lou thinks that’s beautiful.

You can go check out Lou’s Instagram HERE for sneak peeks at work, as well as past work – definitely worth a look.

If you’re in the New Jersey Waldwick area, you should head down there and see the opening night. SubUrban Vinyl can be found at the below address.