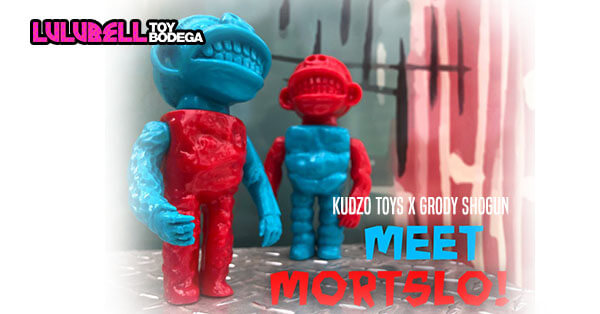 This is a collaborations between Kudzo Toys and Grody Shogun. Mortslo is making his debut in mixed part blue & red vinyl, and will be sold in a blind assortment, with different color combos and arm and body styles.

Mortslo was created out of pain. Don’t let his charming smile deceive you. Beyond the depths of the blackest hole in the universe, he was stillborn, existing with no emotion or feelings. Eventually, he discovered that by absorbing souls, he was able to get glimpses of what is believed to be happiness. Until now now he had no hope. No joy. Only despair. Mortslo is onstantly on the hunt for new victims to use…..be careful, you could be next!

Available this Wednesday, October 28th at 5pm Pacific Time only at lulubelltoys.com. 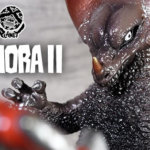 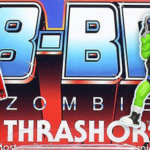