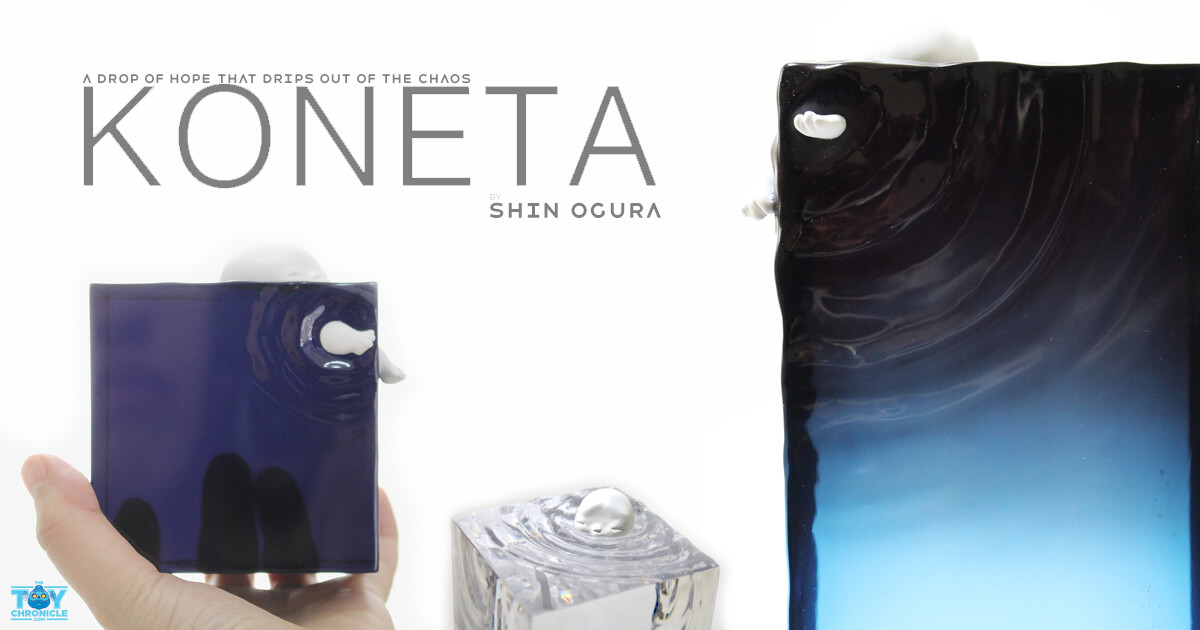 Last year, Shin Ogura, the artist behind the wonderful world of  “KONETA” won over our hearts once more with his art pieces for KSAC ART FESTA 2019 which saw KONETA presented in a different style and pushed the boundaries. Shin returns as he presents to you, KONETA A drop of hope that drips out of the chaos. This new series was supposed to make its debut at 3331 ART FAIR 2020 but with the whole world in a sad state that it’s in right now, all the series have been made available online.

One drop where there is nothing.
Another drop at a different angle.
The landscape is getting different.

One can’t speak more highly enough about Shin’s KONETA, we keep falling in love with the little chap over and over again. Joining the rest of the weird and wonderful KONETA. The minimalistic style and expressions go a long way. Innocence trapped inside is sending ripples of thought our body just looking at them.

is a shy fairy

with longing to the world of human beings

appeared sometimes to aim when you are not the man

probably is not the poor, such as detrimental to human life

is an uncommon thing in the only human in the world