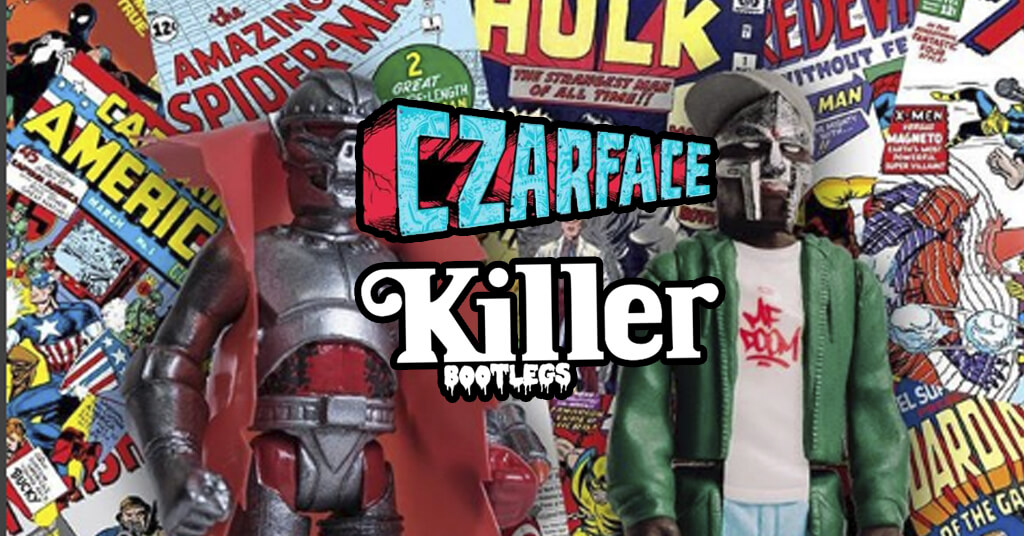 It is indeed a great time for art toys. Artists get involved everyday in new exciting projects merging several different arts and artistic expressions that are worth mentioning. From time to time it’s healthy to remind that the so called ‘scene’ is not only about commerce, releases, drop dates or ‘super secret’ projects for us to buy.

This one came not only as a surprise for us but it also left us very emotional. Some of us here at TTC also collect hip-hop records, in fact we are proud to have every Czarface’s release to date. For those of you who don’t know Czarface, we’re talking about a mythical group formed in 2013 by 7L & Esoteric and Wu-Tang Clan member Inspectah Deck.

Well, Czarface will have a brand new collaboration album with the one and only MF DOOM, ‘CZARFACE MEETS METALFACE’ to be released on the 30th of March. For our surprise, the music video (directed by Kendra Morris) for the second single of the upcoming album, ‘Bomb Thrown’, has a very special appearance as well. Killer Bootlegs made the toys, and made our day;

The carachter Frankenfett, Space Pirate, Phantom Starkiller and Draco Knuckleduster mini figs appear in the video, and of course the Czarface figure Bootleg Toys made for Every Hero Needs A Villain and the new MF Doom figure debuted last year.

Now go on and show those guys some love!

Pre-order the album at getondown.com.