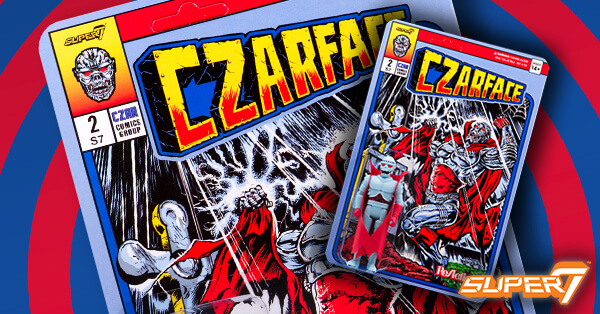 Some of us here at TTC also collect hip-hop records, in fact we are proud to have every Czarface’s release to date. For those of you who don’t know Czarface, we’re talking about a mythical group formed in 2013 by 7L & Esoteric and Wu-Tang Clan member Inspectah Deck.

After the first release, here’s the second version of the Czarface ReAction figure!

This blue variant of the original 3.75″ articulated Czarface ReAction figure is a tribute to 1960s comics, superhero cape and all.