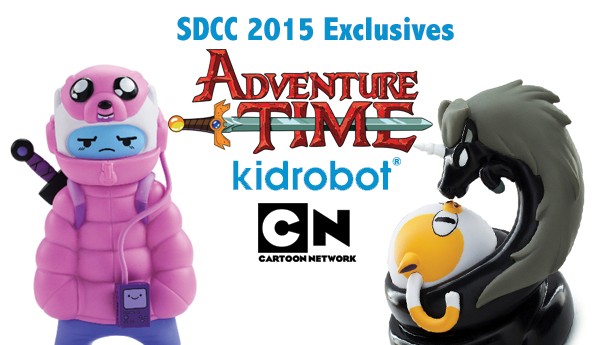 So you lucky devils who are heading to this years are in for a treat. Kidrobot will be smashing it up like the good old days with a good few exclusives at SDCC. An even bigger buzz for the Cartoon Networks Adventure Time fans, because Kidrobot will have two exclusive versions of Puff Finn Con Exclusive Colorway 6” Medium Figure and a Lord Monochromicorn Con Exclusive Colorway 6” Medium Figure. Thats right these will be joined along with the The full capsule series which includes an Adventure Time Keychain Series, 3” Blind Box Mini Series and two 6” Vinyl Figures: Puff Finn and Lady Rainicorn. Created by Pendleton Ward and produced by Cartoon Network Studios, Adventure Time tells the story of best buds Finn and Jake as they travel around the Land of Ooo and encounter many of its colorful inhabitants. Adventure Time has become a signature comedy series for Cartoon Network and continues to build its global audience of fans of all ages.

The normal blind box series are available right now at http://www.kidrobot.com/ if you cannot make it to San Diego Comic Con 2015 like us. Don’t forget the “Puff Jake N Lil Finn” and “Lady Rainicorn” retail versions are available too. Details of SDCC at http://www.comic-con.org/

(All info and photo lifted from http://www.kidrobot.com/)