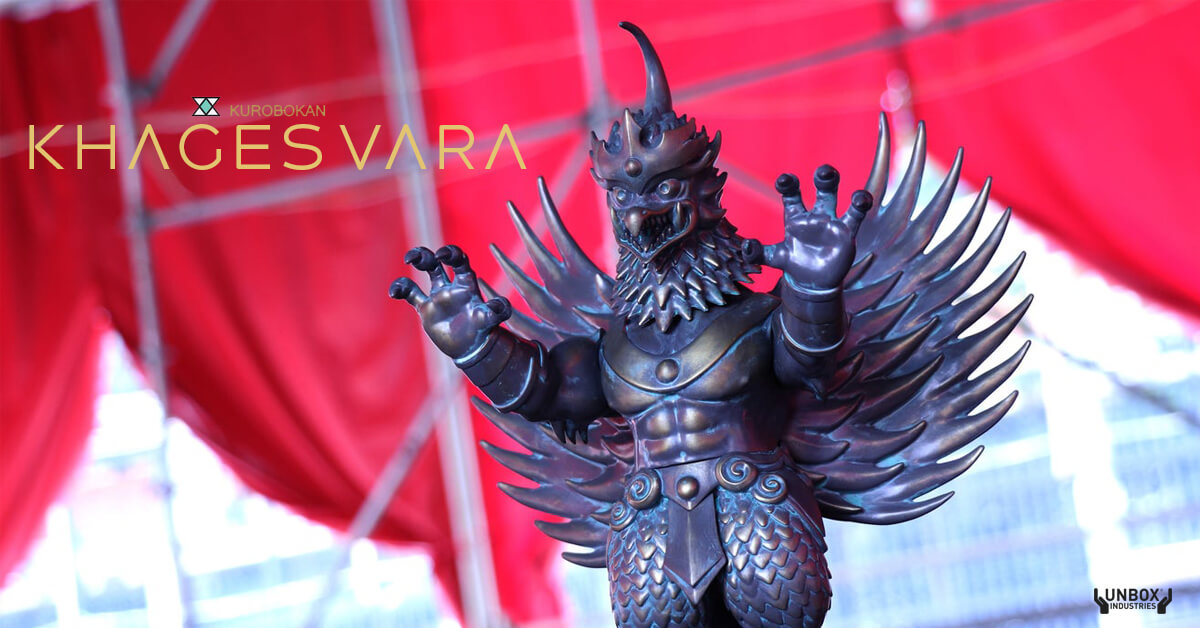 Kurobokan have given a modern twist KHAGESVARA whilst including their own Indonesian stamp on the art vinyl world Known as The King of Birds (Khagesvara), Garuda is a large bird-like creature, or humanoid bird that appears in Hindu mythology. The story of Garuda’s birth and deeds is told in the first book of the great epic Mahabharata.

Truthfully, KHAGESVARA isn’t our usual must-have in the collection, we swing more with Nimbus but KHAGESVARA is a MUST have. Loving the theme of myths and heritage tie-in with KHAGESVARA and how Kurobokan have given a modern twist KHAGESVARA whilst including their own Indonesian stamp on the art vinyl world.  Time to make some space on our display for KHAGESVARA.

Garuda is also known as “he who has beautiful feathers” (Suparna), as “golden bodied” (Suvarnakaya) and “the devourer”(Nagantaka). The latter name is connected to his role as the enemy of all snakes which are symbolic of death and the underworld.

Garuda is said to have been the first to teach humankind how to cure snake poison; moreover, worship of or meditation upon Garuda is said to remove snakes from one’s path. In contrast, Garuda represents birth and heaven; in addition, he is associated with the sun and fire.

According to the Mahabharata, Garuda fathered six sons from whom were descended the race of birds. The members of this race were of great might and without compassion, subsisting on the nagas. Fittingly, Vishnu was their protector. Garuda is also the Hindu name for the constellation Aquila. The brahmin kite and Phoenix are considered to be the contemporary representations of Garuda. – chakana.me/