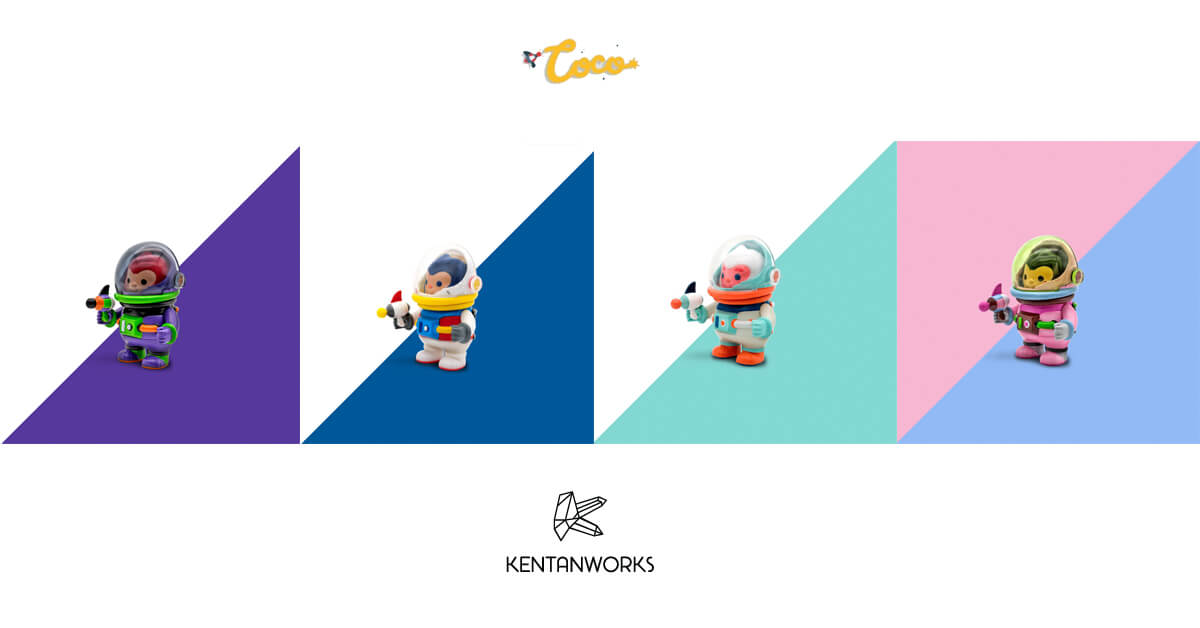 Mission control, we have official permission to land at BTS 2019! Kendy Tan’s Coco The Astrochimp has landed at BTS! coming in 4 new editions. See if you can recognise the themes. Joining Kendy is Kong Andri and Kong will be debuting his Coco The Astrochimp colourway too as well as launching Owangeboy.

The main man who brought you the “Boron” is back? it seems like forever Kendy Tan released his own platform and boy what a comeback as Kendy presents to you “Coco The Astrochimp”. We are super happy Kendy is back and flying the flag of Indonesia ( WE NEED to showcase MORE Indonesia based artists to show their skills) It’s nearly time to join Coco on his epic adventure.

Before human went into space, several other animals were launched into space, including numerous other primates, so that scientist
could investigate the biological effects of space travel. Coco is the youngest offspring from Ham and Minnie. Both are one of the earliest primates ever launch to space.
Now he has a mission
to find a new habitable planet, but his spaceship was crashed by big meteoroid and he lost signal to the earth. He’s met a lot of new friends from other planets during his adventure back home. Coco is smart, energetic, helpful and likes to meet new friends

For those who can’t make it to BTS, stay tuned for international release details.