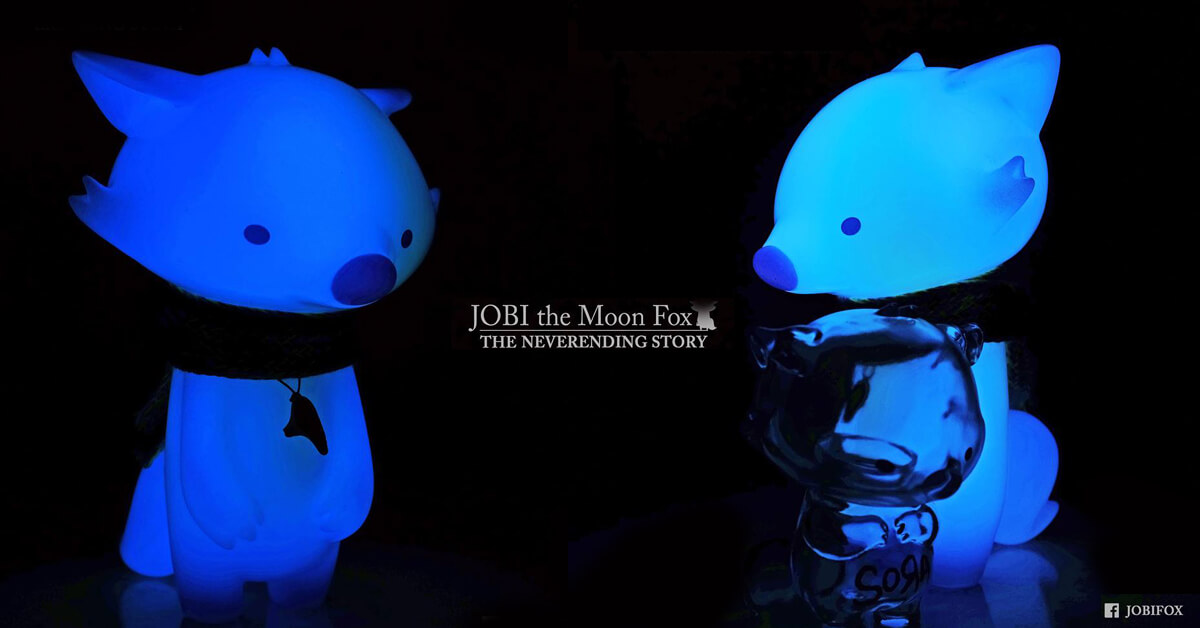 JOBI the Moon Fox and SORA are onto another magical adventure! This time round Jobi has been dusted with magical glow in the dark powers! Both are heading to Japan’s WonderFestival [Summer]. We’ve been a fan of Jobi so much so, it was a part of Andy’s Top 2016 picks which you can check out HERE. Now with the added GLOW IN THE DARK, this set will be on our wish list. 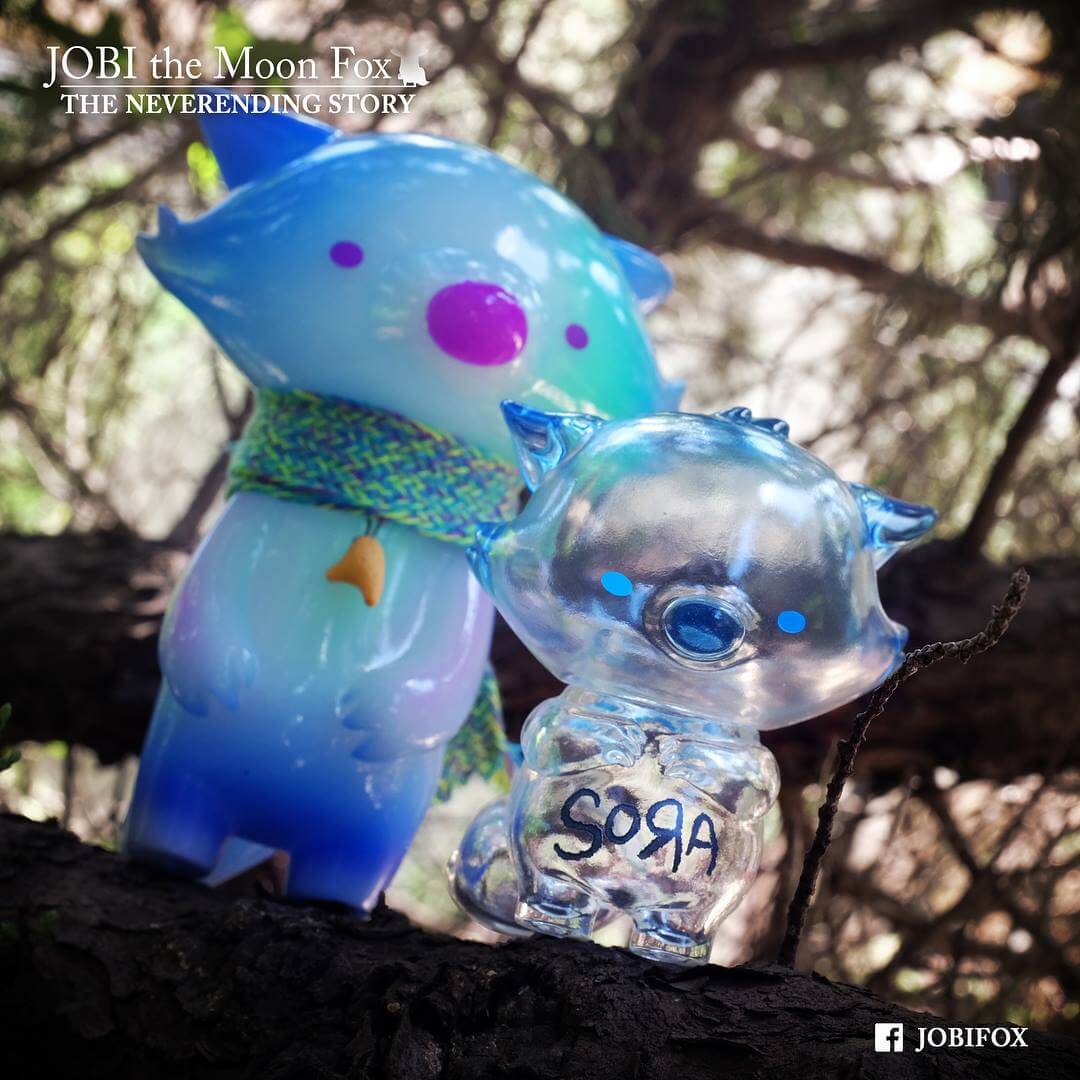 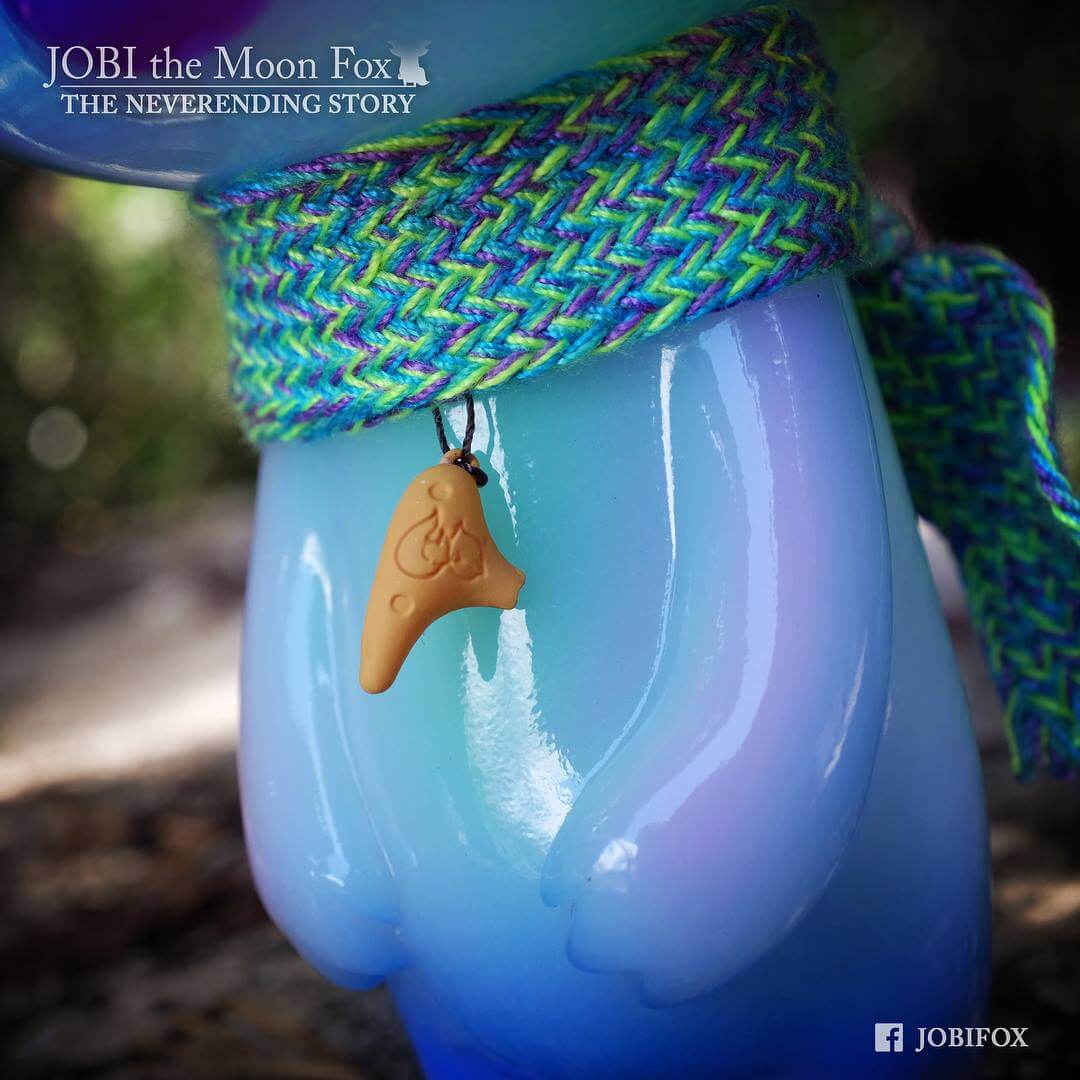 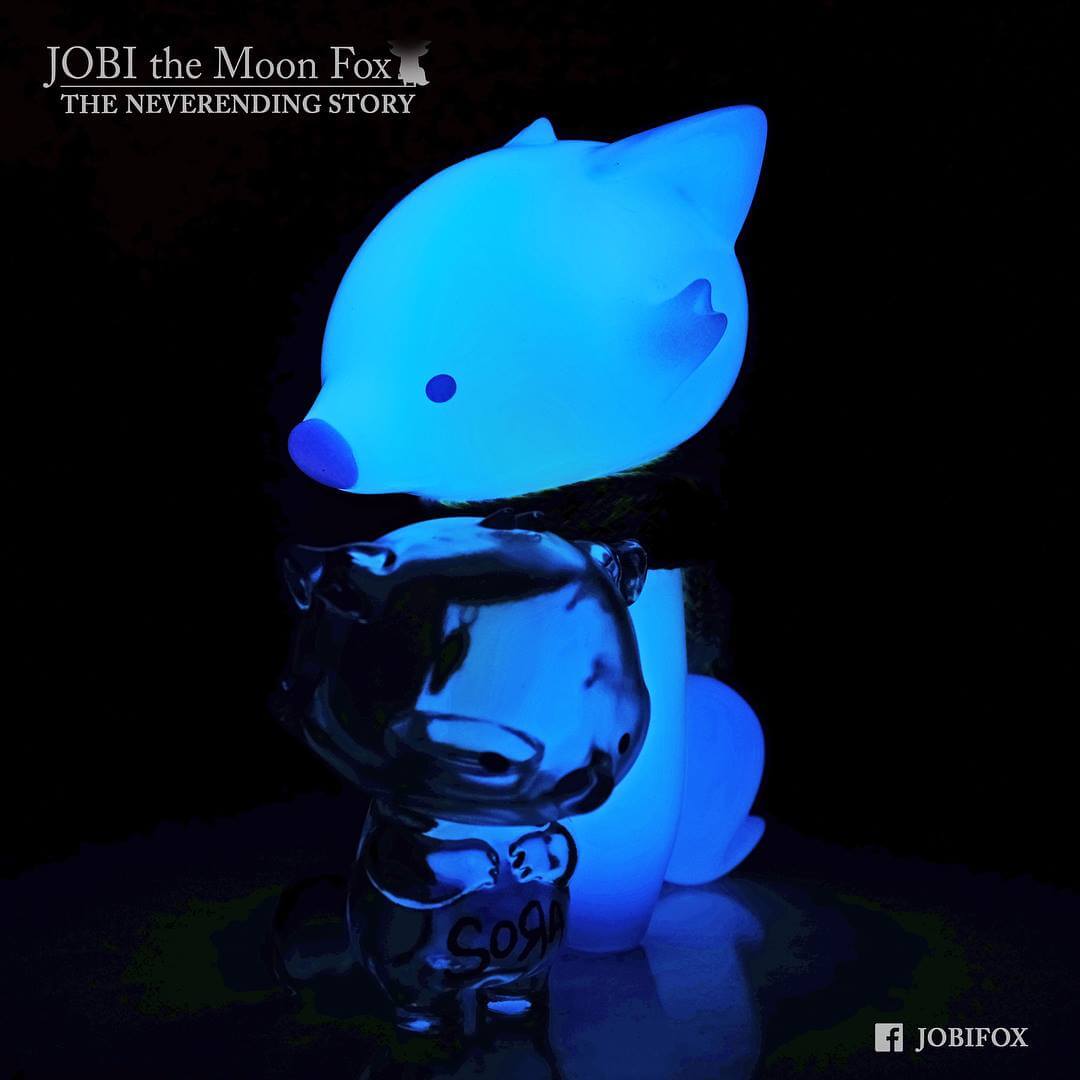 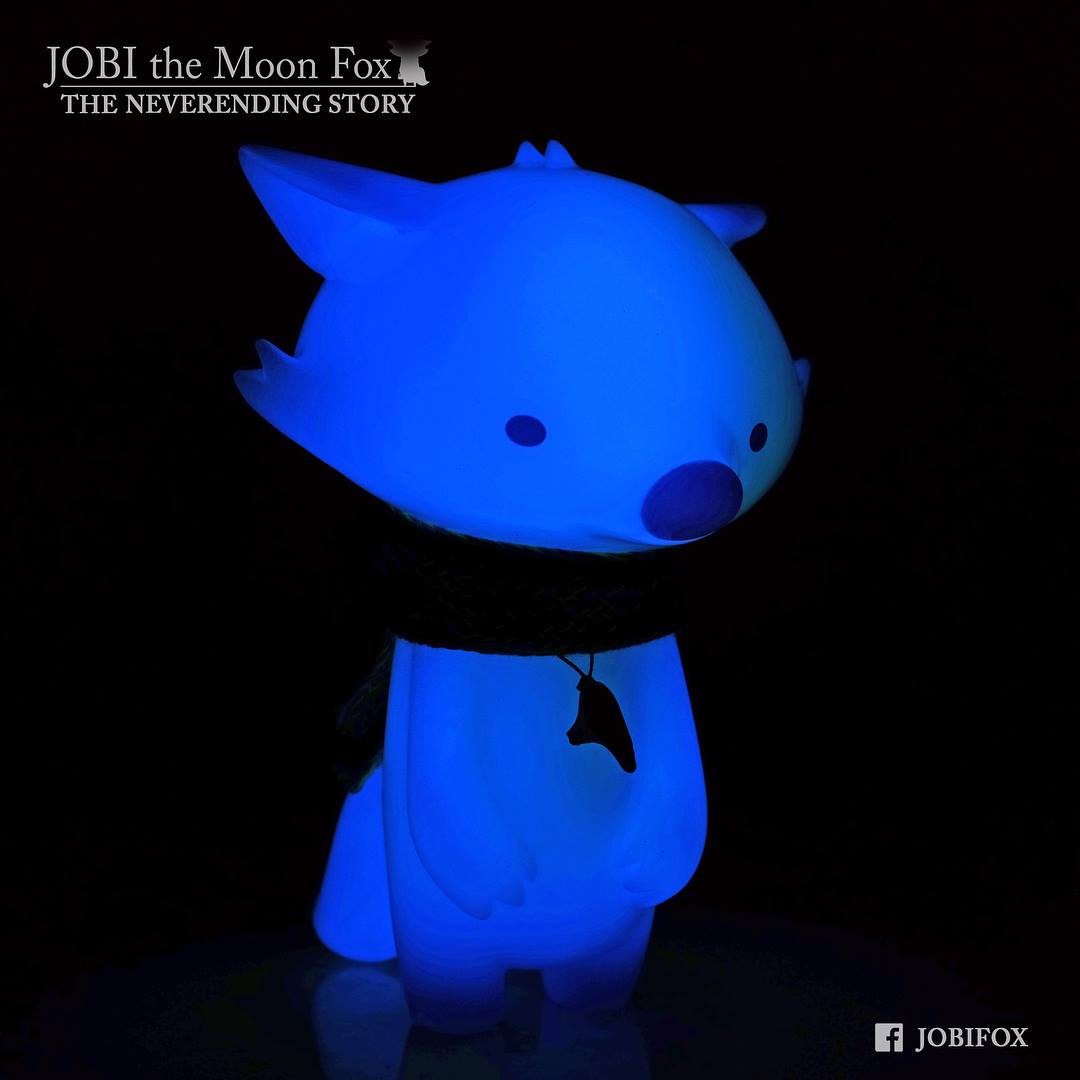 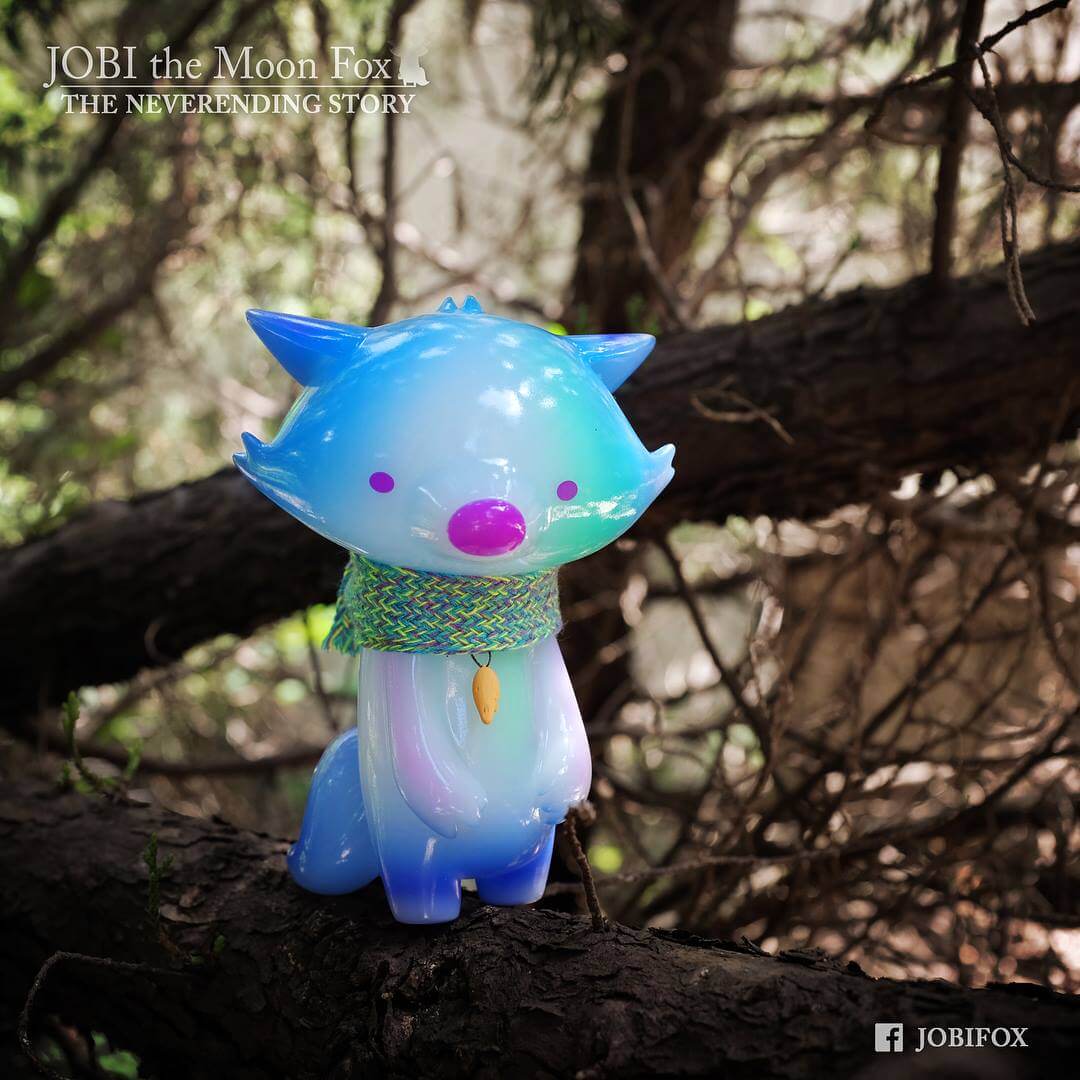 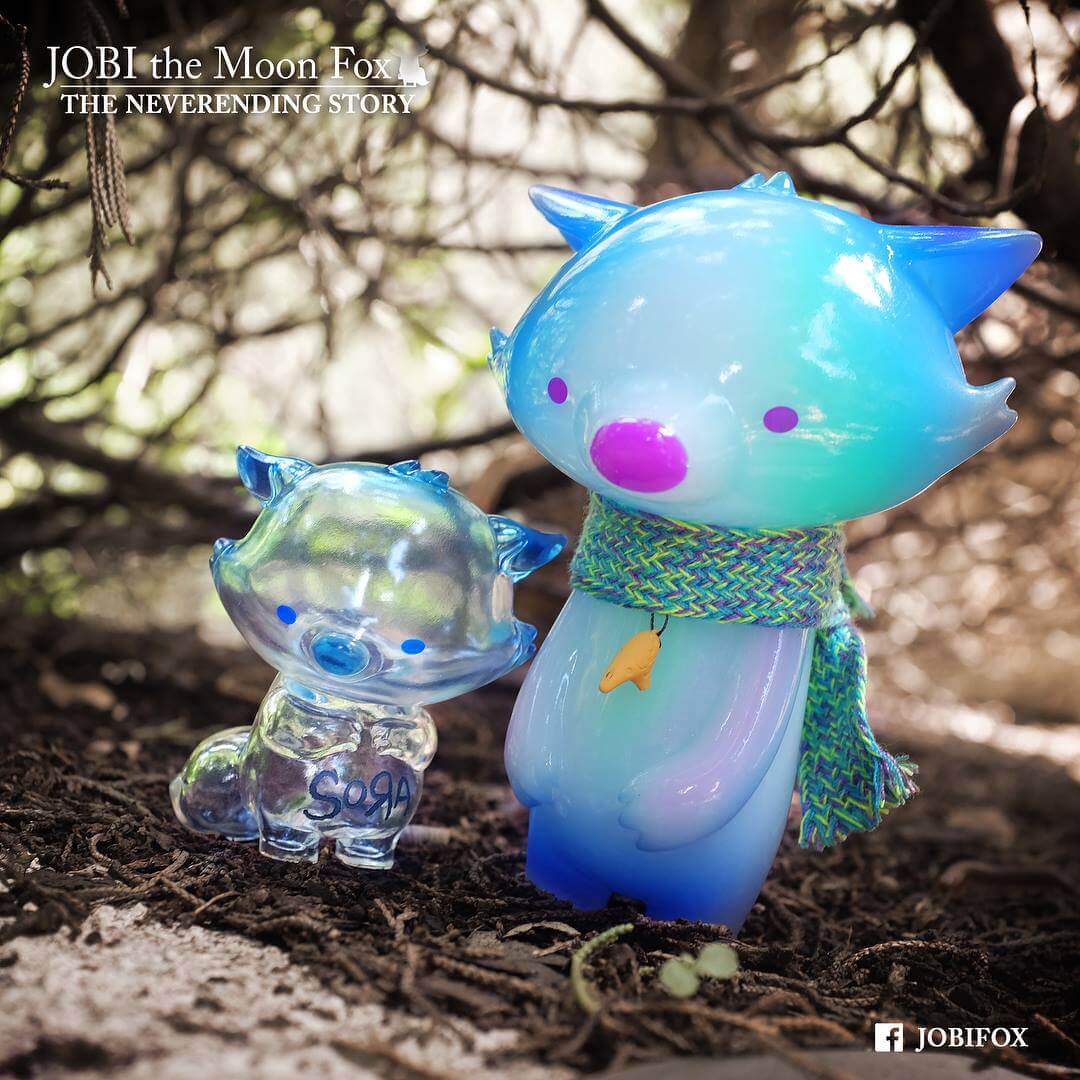 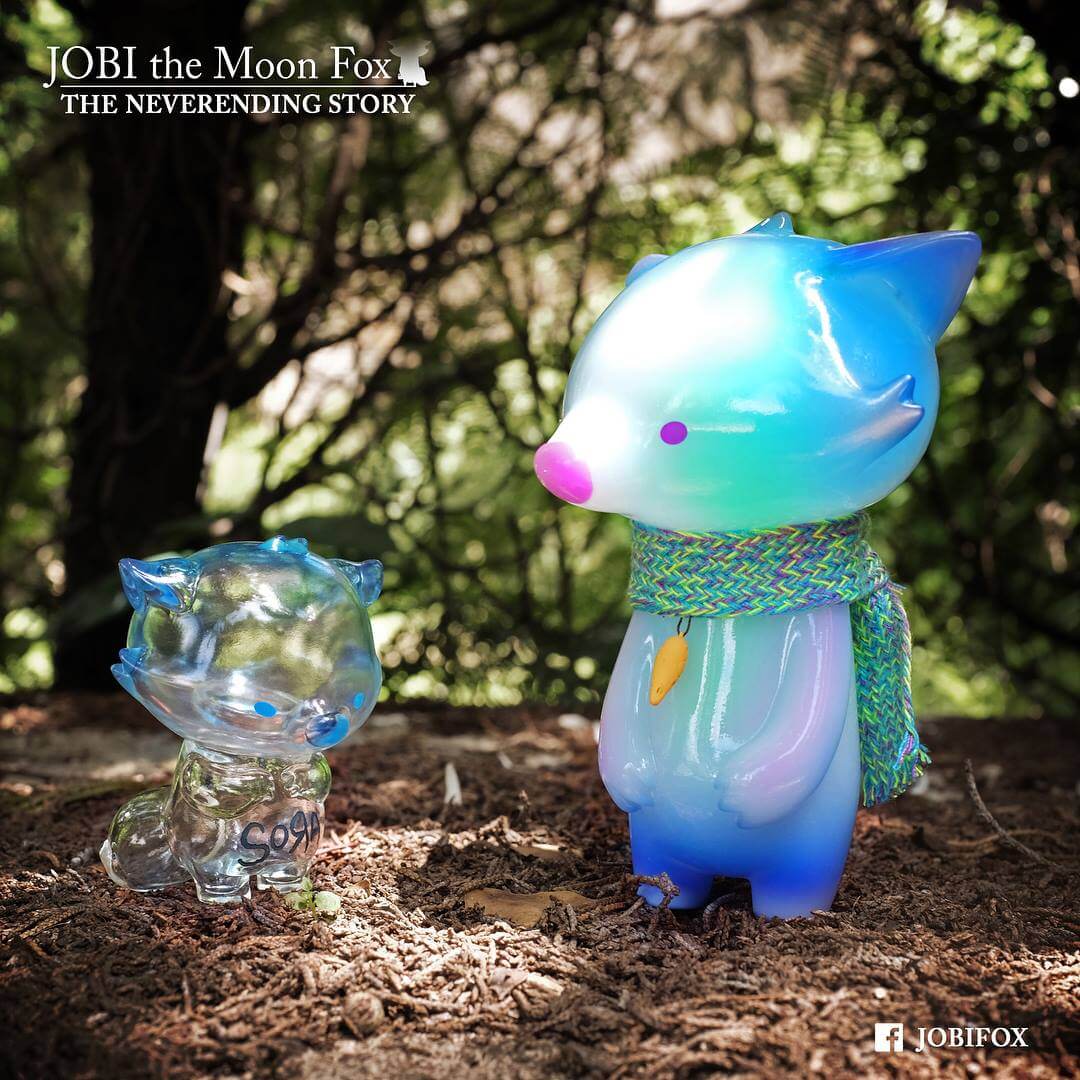 There’s a misfortune called ‘the original sin’ in this world.

For some reason, I was born unable to name foxes. Even when I try to name the newborns, their coat still won’t transform into their own colours.

When the clan knew about my ‘flaw’, they started to think of me as an ominous fox and blamed me for a lot of accidents and natural disasters.

Without a choice, I stayed away from everyone and moved to the edge of the village to live my life in solitude.

Then I met him. And my life is changed forever.

When I was looking for food in the forest as usual at an evening with heavy rain, an unnamed newborn fox said hello to me. That’s the first time a fox had spoken to me since I moved to the edge of the village.

I didn’t respond and quietly continued on my own path.

Yet, his request made me paused in surprise. I don’t know whether it’s the will to survive but this newborn unexpectedly requested for a name himself.

“Please? I can feel myself disappearing…”

I quickly picked him up and ran to the village I have distanced myself from a long time ago. However, as soon as they saw me, the villagers ran away. Some of them even threw stones at me, ignoring the fact that I’m holding onto an innocent newborn.

“Please, anyone. Please name the child!” In order to let the newborn have a completed life, I endured the pain from being hit by stones and continued begging for help. Until I heard a villager shouted.

“An ominous fox will only bring more misfortunes! Don’t name the fox!”

At this moment, all my rationality left me and I broke down. My vision suddenly went black, and I wasn’t fully conscious of what’s happening. Then, strange things happened one after another.

A glowing giant a black orb emerged from my hands and the villagers who attacked me dropped to the ground in a chilly wind. Then their bodies turned translucent!

After regaining full consciousness, I was absolutely stunned and terrified by the scene in front of me. All I can do is to flee with the newborn. While I was running away with all my strength that’s left, I vaguely heard myself being declared exiled, forever forbidden to return to the clan.

After I realised my ‘flaw’ had ‘evolved’. I developed a magic that can take other’s life forces and was able to transfer it to the newborn, so that he can continue living without being named.

In particular, I remembered that it was raining heavily on the day we met, so I called him “RAIN”. That is the first time I gave a fox its name.

There’s a misfortune called ‘the original sin’ in this world.

Ignorant and cold-hearted foxes, you are the original sin. Let me take your life forces and cleanse it through RAIN’s body. This will be your salvation.

For collectors who can’t make it to WF, *UPDATE   Allocation has now been filled. please note this is not 100% guaranteed you’ll be selected for  SIR SAKURA BLOSSOM Lil’ SORA set.

Merry Go Round now has a Facebook page HERE.