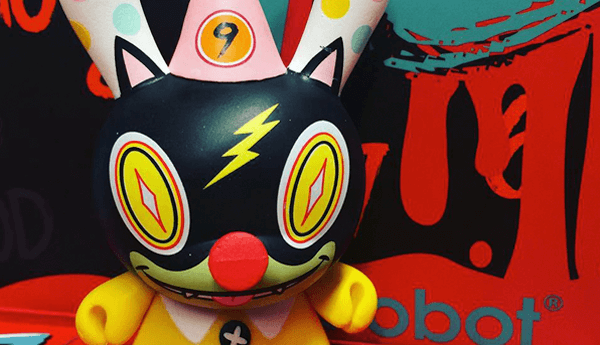 We are already at #9 in The 13 Kidrobot Dunny Series. Kidrobot are flying through the official reveal pics, it only feels like days ago since #13 was revealed (it was only days ago). #9 in the Brandt Peters & Kathie Olivas series is Jinx! Jinx looks like a mischievous little minx.