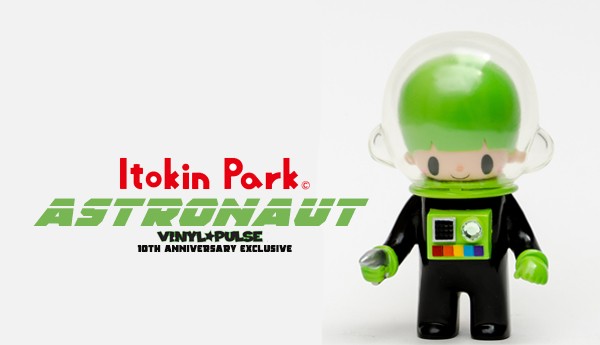 Our buddies over at Vinyl Pulse are celebrating their 10th anniversary in style, you can celebrate with them with this Itokin Park exclusive release. Here is what they had to say about this special occasion.
“Vinyl Pulse first started covering designer toys back in the Spring of 2005 and we’ve loved doing our “jobs” throughout the years.  To celebrate a decade of toy blogging, we wanted to offer collectors, fans and our readers a special toy. To do so, we’ve gone full circle by asking our good friend Kazuhiko Ito (Itokin Park) who created the first VP exclusive–the VP Robo resin figure back in 2006–to do the honors for our 10th Anniversary toy. “ 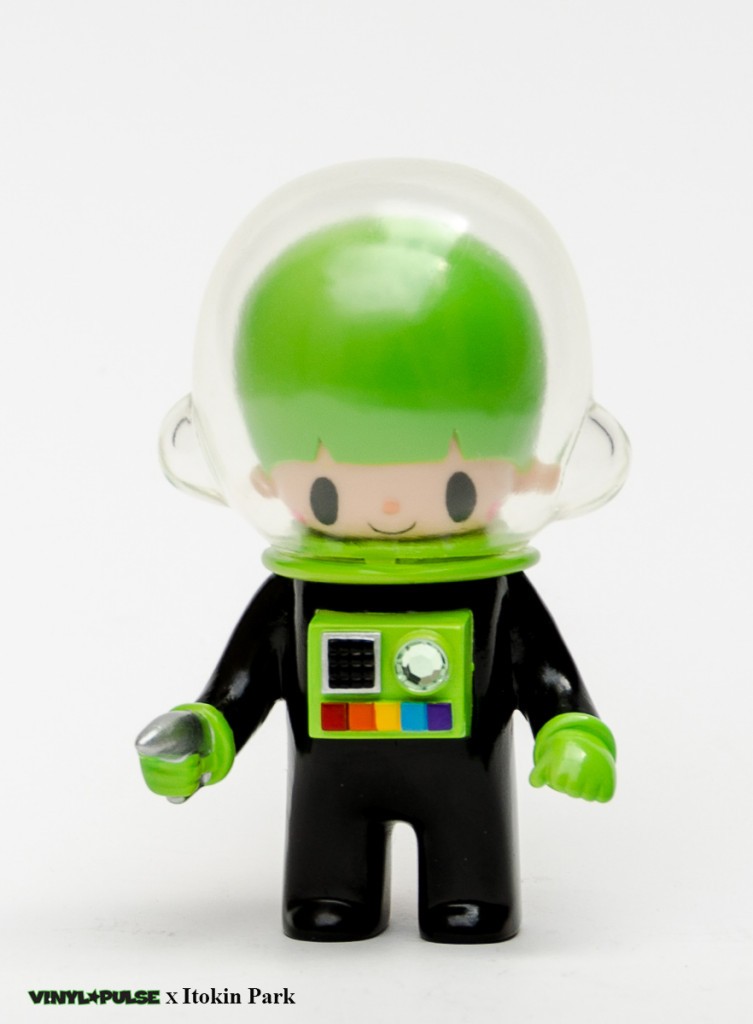 “We’re pleased to announce the Vinyl Pulse 10th Anniversary Exclusive Astronaut sofubi by Itokin Park. When we asked Kazu to do us the honor of making this exclusive, he came up with several designs based on VP’s signature black and green colors. While it was a difficult choice (“can we make them all?”), we chose this adorable version of his intrepid explorer for his standout, whimsical green hair and snazzy black + green space suit. “ 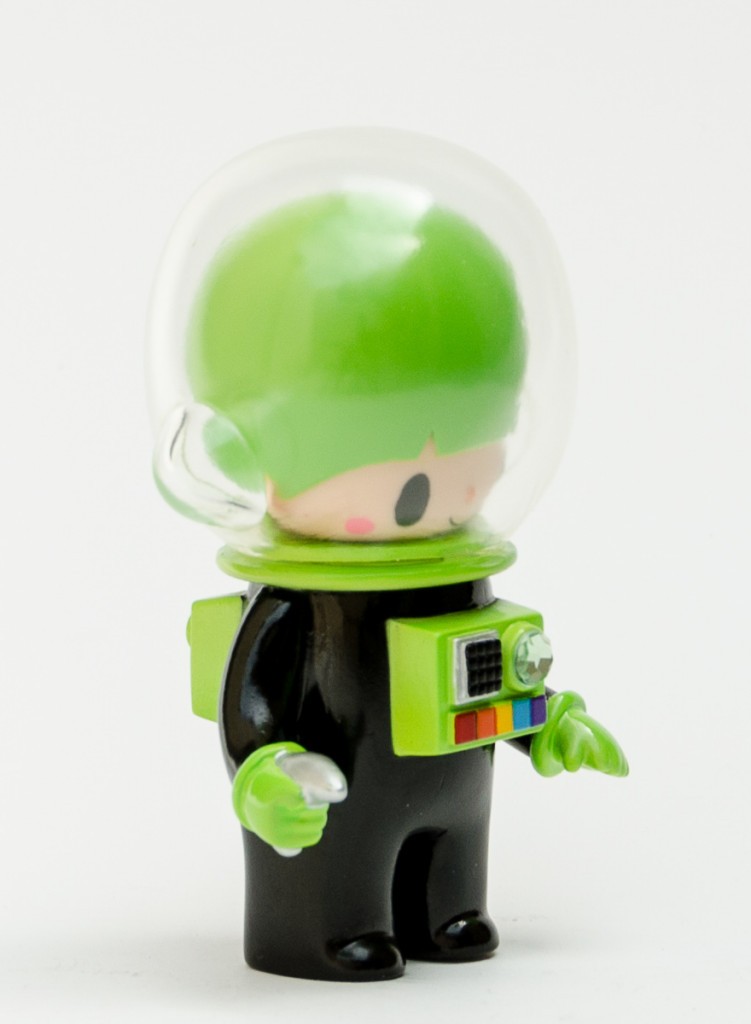 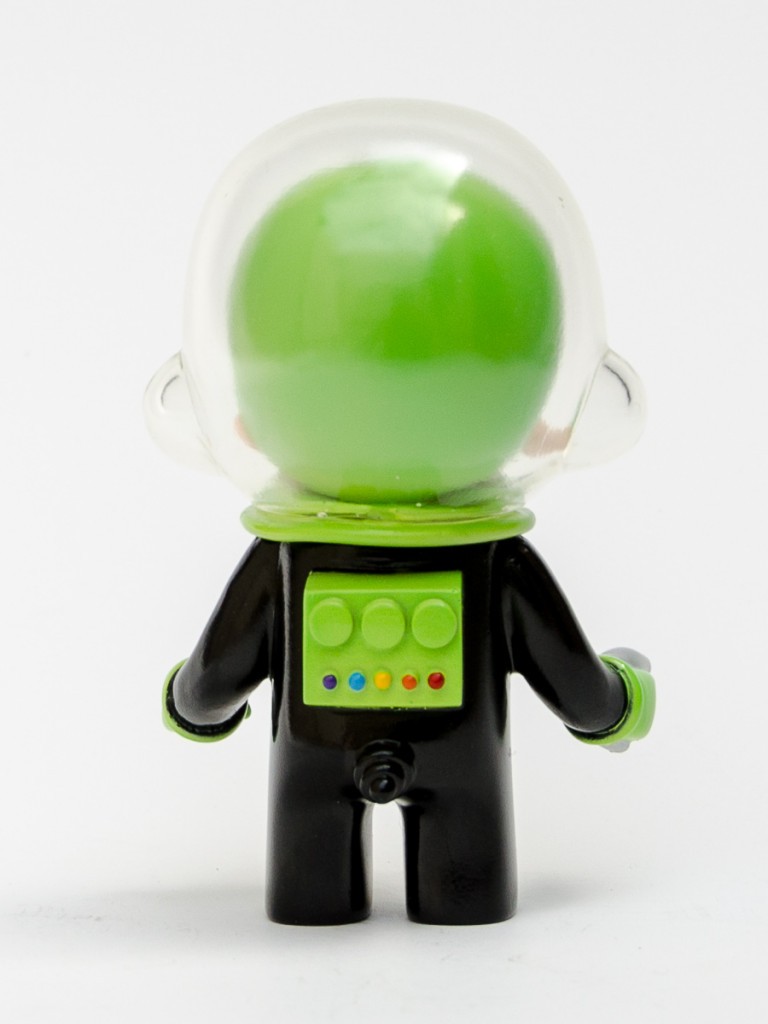 “As always, Kazu surprised us by doing more than we expected. First there’s an awesome header card featuring the 10th Anniversary Astronaut and the VP Robo from 2006.   Plus, he went one step beyond with a bonus 10th Anniversary button! “ 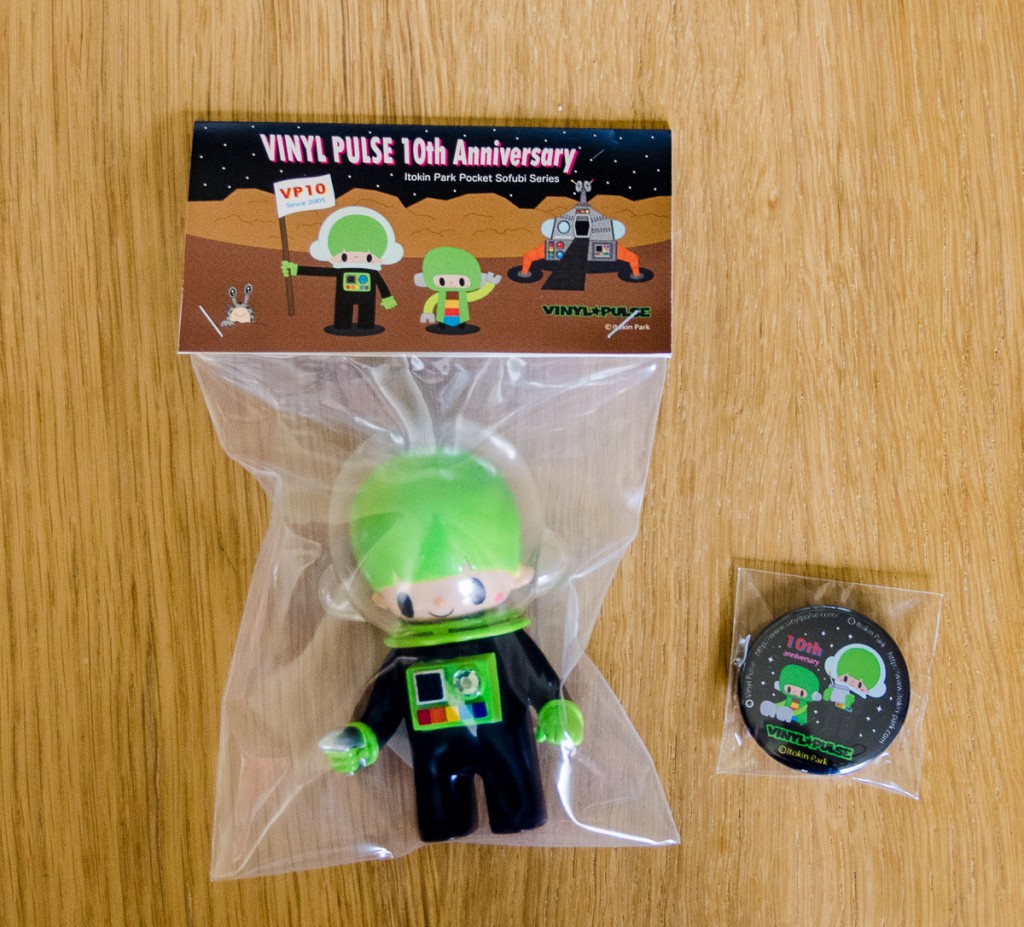 Vinyl Pulse is grateful for all the support from artists, brands, and collectors we’ve received over this past decade.

Friday, June 19th 2015 @ 7:30 AM PDT on Vinylpulse.com for $35 (+ s/h).  Each figure will be bagged with the 10th Anniversary header card and will include a sticker sheet plus the bonus button (separately packaged). HERE
Hats off to you guys at VP! long may it continue- The Toy Chronicle
Find Itokin Park at www.itokin-park.com  Instagram:@itokinpark ,Twitter and Facebook.