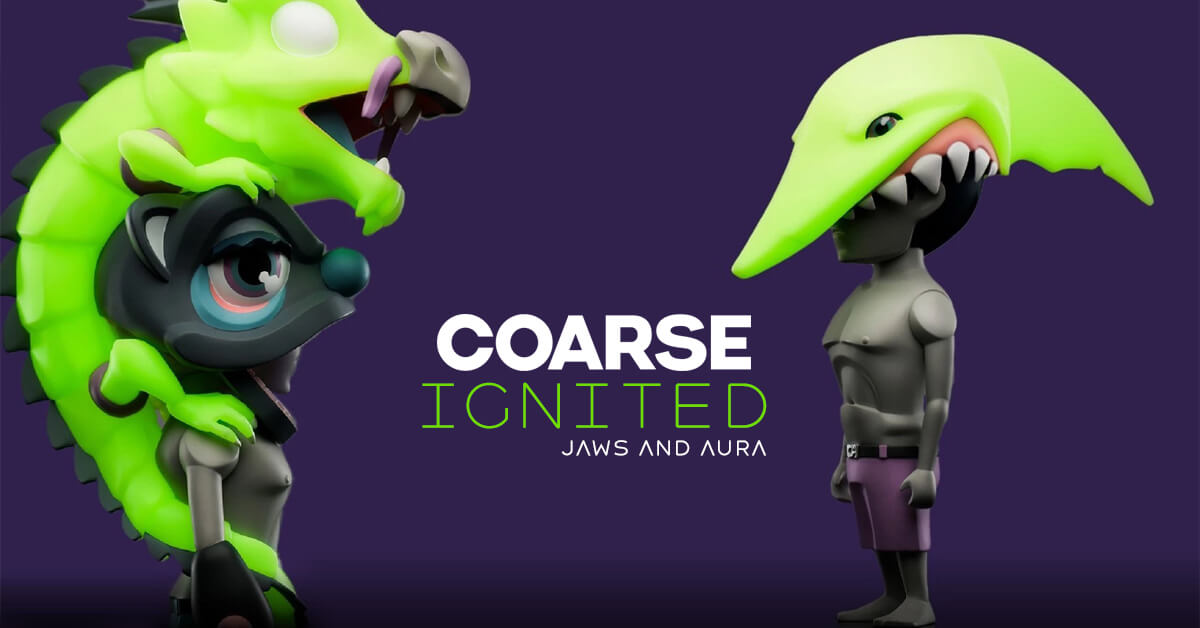 COARSE fans are you ready for the predicted release of IGNITED Jaws and Aura – Half Moon. It’s officially here and the highly anticipated announcement from COARSE. All set to make their debut at next weeks BTS 2019. If you have been following COARSE the IGNITED glow in the dark colourway has been a long-time staple of COARSE and now Jaws and Aura get that treatment.

Vibrations of new life
Today, a brand new batch of noops is born into the world. Though they look human, they are something else: a fragile fruit born on a special branch, destined to live one year in a world known as the elastomer.
Some have withered in the heat of the elastomer’s sun, and they are helpless as they hang there, destined to never fully form as they barely live their hopeless lives.

But two have grown strong side by side, and when a new day finally comes, they snap open their sticky eyes, fall to the ground, and take in the world around them. They twist out of their torn membranes and the gelatinous fluids that remain in their shells, and their innocence radiates around them, sending a serene vibration throughout the elastomer.
They have fallen down beside the armor of the noops that have lived before them. On one side, an indestructible shark’s visor; on the other, the head, arms, and feet of a fearless dragon. As the noops put on their new treasures, they send a different kind of vibration throughout the elastomer—one that sends birds flying toward the sky, and the smallest creatures scurrying underground.

The two noops only have one year to live in the elastomer, and although they do not known what fate awaits them after that, they know that in this moment they can go out to the world, face the unknown, and feel the blissful force of finally being alive.