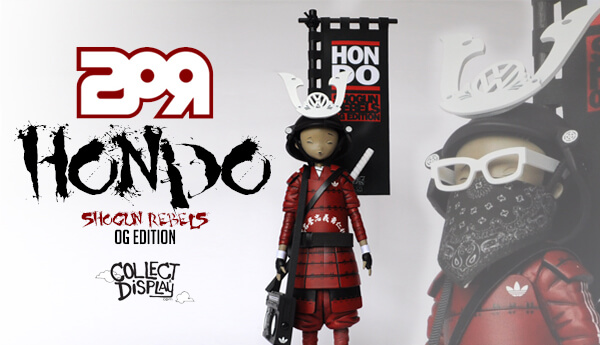 Being a blog is pretty hard when it comes to sharing news of some bad ass releases. Especially when it lowers your own chance in owning a designer toy that you want so bad, but having the love of the scene, the good side of you shares the info with other collectors. Today is one of those days we have to force ourselves to share this wonderful release with you all. Even though it will more of less make our chances owning one even greater. Ha, ok so maybe over exaggerating a tad but that guy 2PetalRose is going to make his fans go nuts over his latest release with Collect and Display for C&D monthly artist series! Mixing his signature new age Japanese style with a hip hop influences is strange but we’ve seen it before from 2PetalRose and it freaking works. Cleaver bastard, yeah an ounce of jealousy. See 2PetalRose has given Hondo plenty of accessories and most of them are removable but each gives Hondo a different overall look seen in the photos.

2PetalRose give his Hondo character that urban look which might make RUN DMC 1970’s or make the late Miyamoto Musashi wish he knew who RUN DMC was.

2PetalRose once again pushing his own boundaries and we cannot speak anymore highly of his work. Some might think we are blowing smoke up his ass but once you’ve see his work in person come back and tell us if you’ve changed your perspective. How can no designer toy company done a project with this talented bastard? Hondo – OG Edition will be available from https://www.collectanddisplay.com/collections/april-2petalrose on Friday 24th June at 8pm UK time. 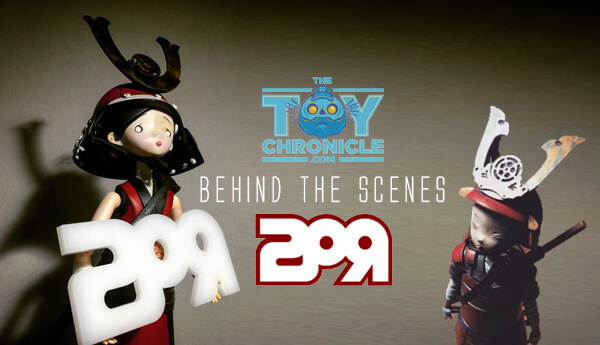 We have a discount code for all TTC readers at Collect and Display. Use “THETOYCHRONICLE5” code to get 5% OFF your order. Every little helps 🙂  https://www.collectanddisplay.com/ 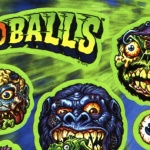 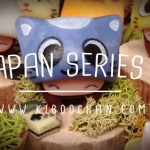