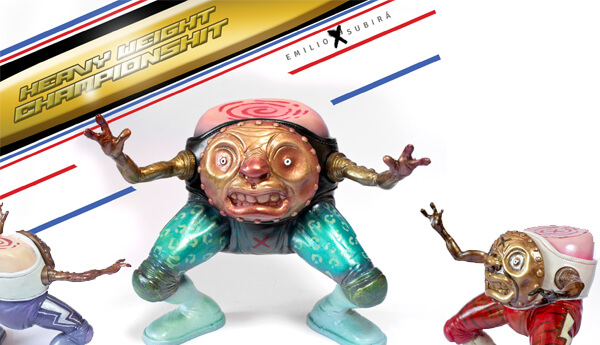 Ding Ding round 1! Man with a plan Emilio Subira is known not to be shy about producing unique and crazy resin designer toys and today he’s gone and done it again. Meet his latest creation! it’s a weird thing, the wrestling title, the belt itself seem to be ready to fight in the wrestling competition and has taken the half of the body of a fighter for its mission or I don’t know what exactly happened. You better not ask.

Just a crazy concept that rounded my mind and I had to make real.
The arms of this creature  are articulated by magnets so you can play a little with its pose, and every one launched will be a unique piece.
At the moment there is 3 pieces out now 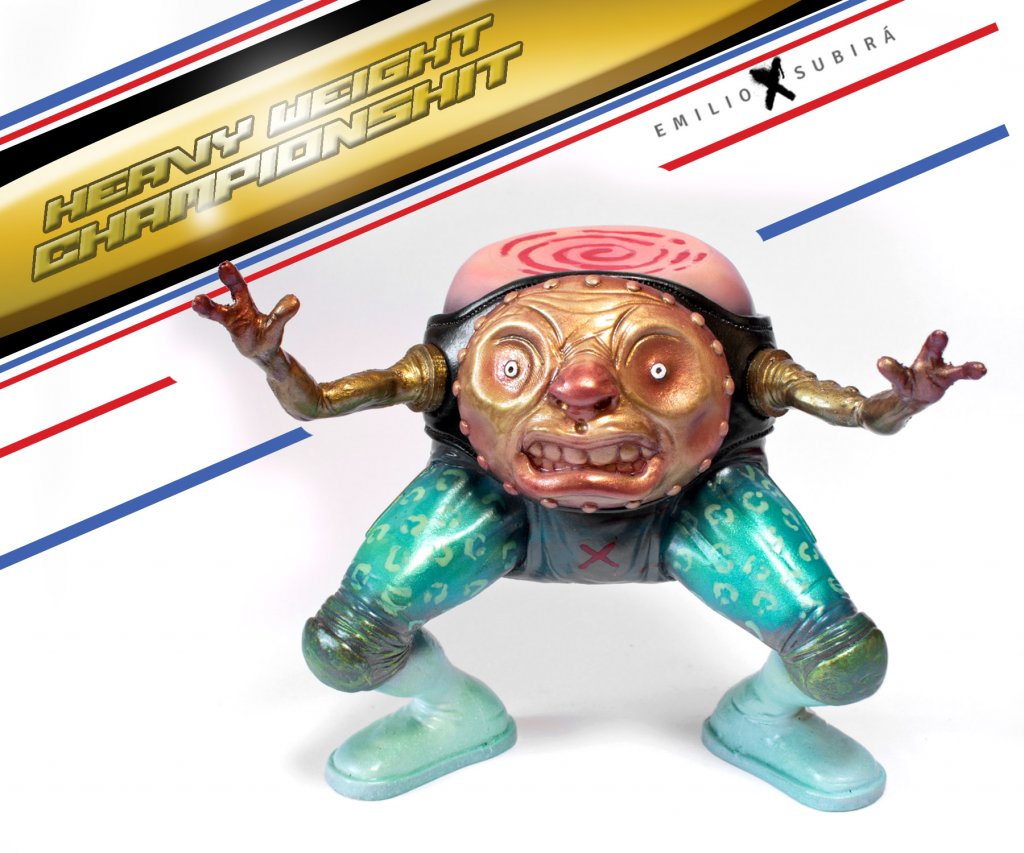 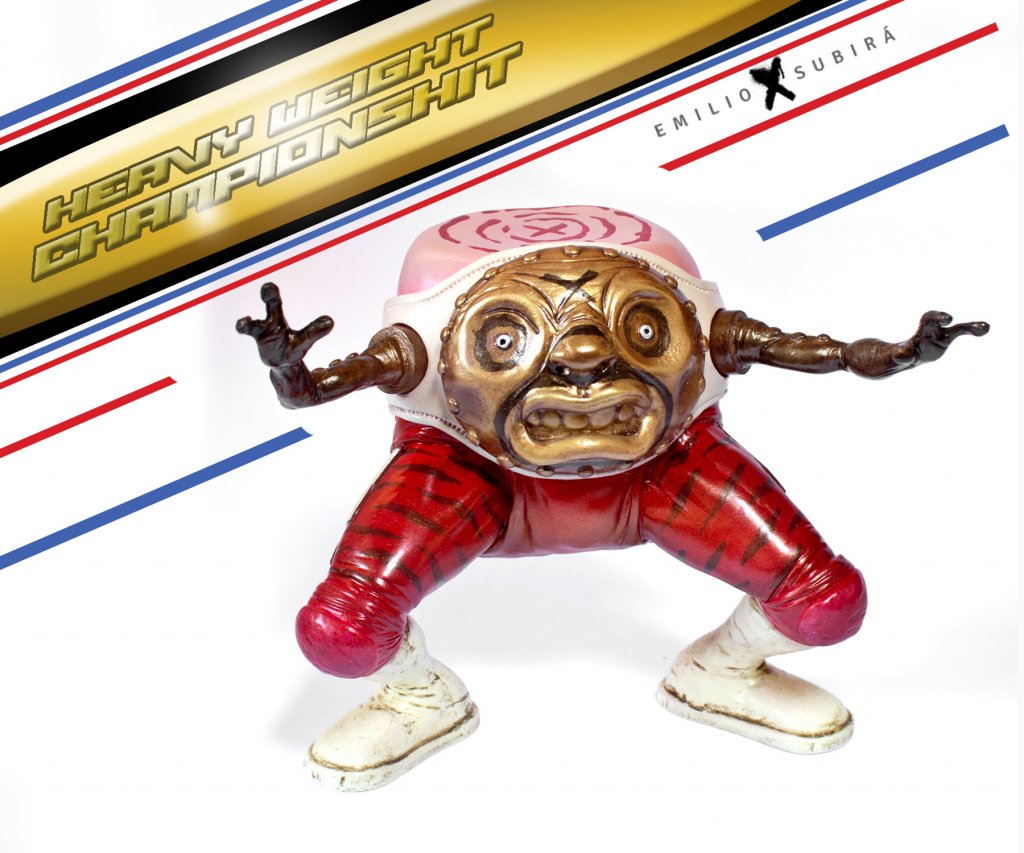 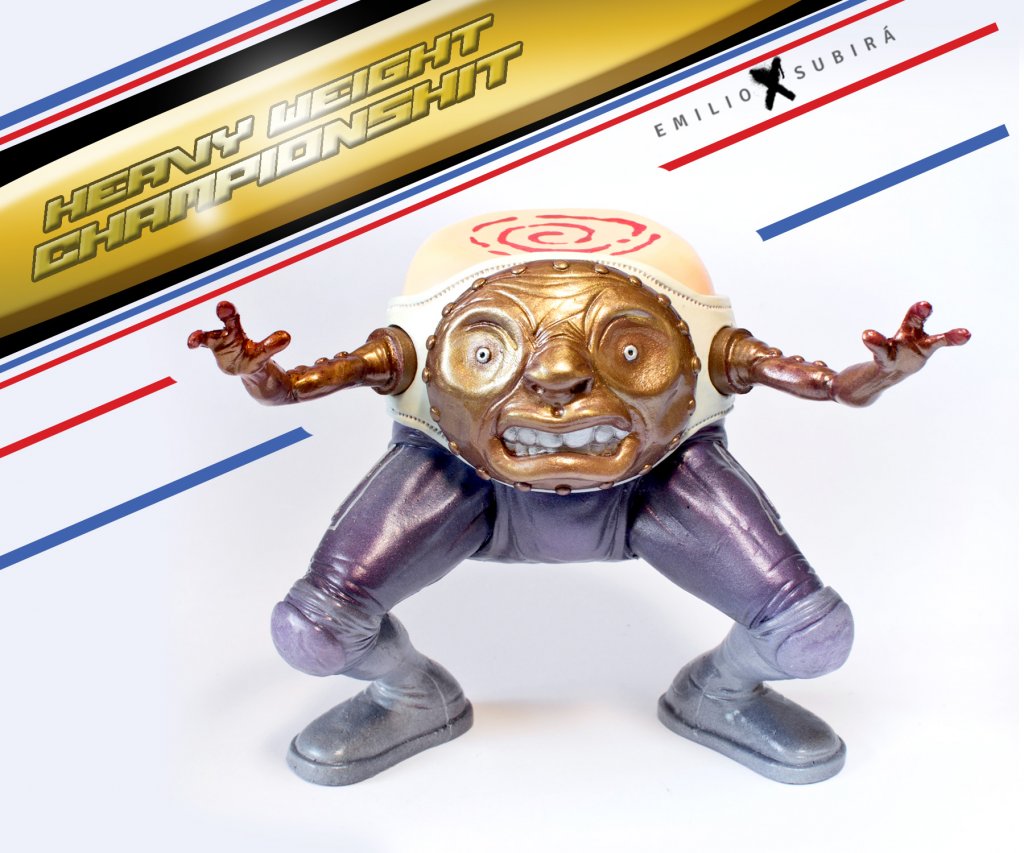