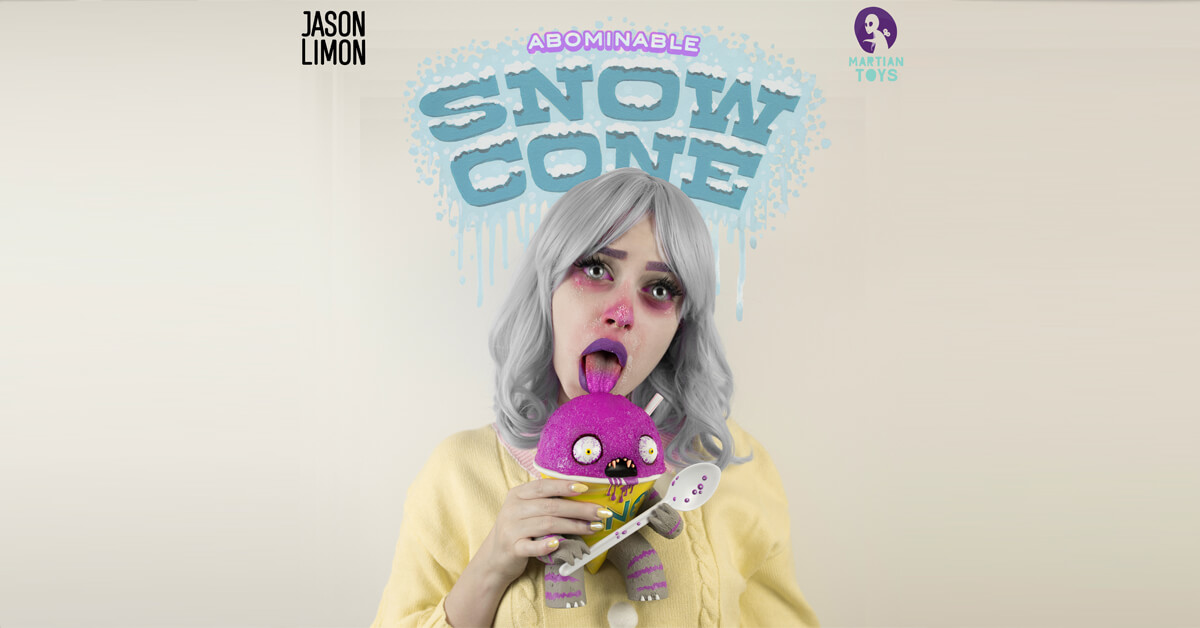 It’s BACK WITH EXTRA FLAVOUR!  We have a brain freeze looking at him, HA SUMMER ISN’T OVER! Grape Abominable Snow Cone was spotted ravaging the shore and carnivals all over the East Coast and is coming for your pool party! The third flavour in the second series is a doozie and will look great completing the rainbow for those complete collectors.

Winner of Toy of the Year figure. The Abominable Snow Cone is the 3D manifestation of the artist, Jason Limon’s Cryptidbits series painting by the same name. Imagine a 50 foot Snow Cone monster loose on your neighbourhood streets chasing after the ice cream man who imprisoned him in an icy hell for years. This Lime monster is ready to exact revenge on all those bratty kids who bit into his smaller brethren…

The Abominable Snowcone is a 3 piece set: a 7 1/4 inch tall Snowcone Monster, a 2-inch ice cream truck and a handy spoon ready to serve up some icy menace. Comes packed in a blister pack inside a box designed by Jason Limon.