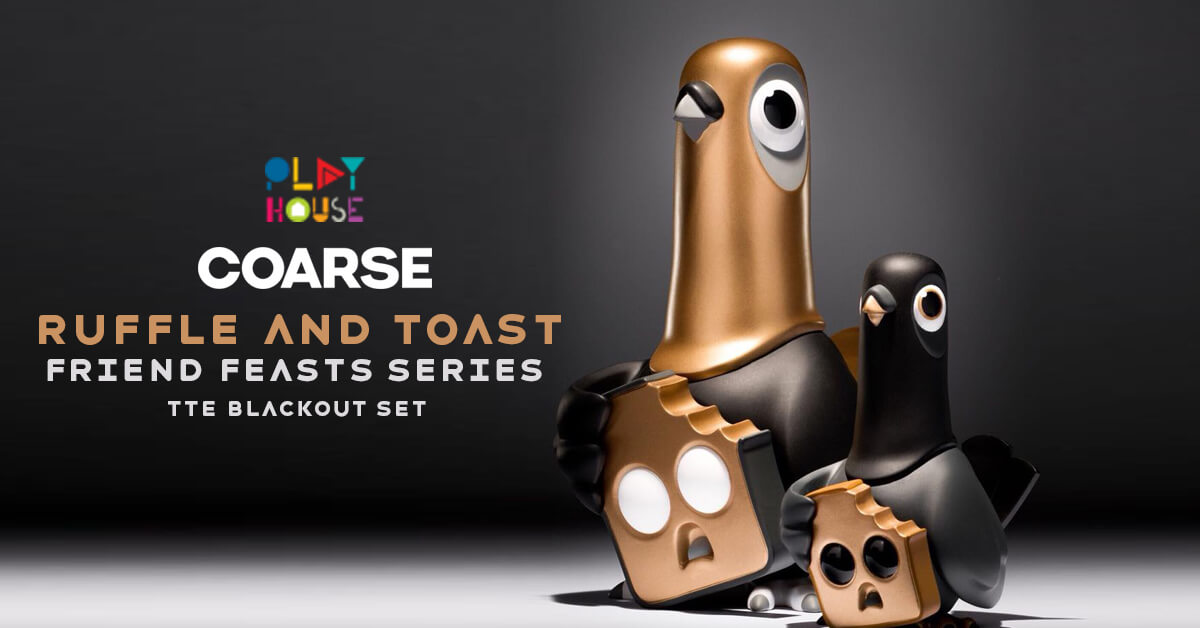 In the early hours of the morning, news broke of a surprise (TTE Blackout Set) of the widely covered Play House x Coarse “Friend Feasts Series”  First character to be released as far as we know! The most shocking was having the Blackout HERE colourway announced first! Hold that….. it was two edition sizes. Anyway if you are looking for the OG colourways that we showed you HERE, they will be released too in due time.

“Ruffle and Toast”
Ruffle was just a lonely city pigeon. Toast was just a forgotten slice of bread. But when they met each other on the busy streets, Toast thought he had found real love. They went out dancing. They visited museums. Ruffle even wrapped Toast in her wings, and together they flew to highest buildings. Toast though, I am happy. Ruffle thought I am hungry. This is the story of a love that has gone too far. When they go out dancing,
Ruffle shakes it to the drums.
When Ruffle bites on Toast,
His tears are made of crumbs. When Ruffle first met Toast,
She was living in the gutter.
She said, “Let’s be best friends!”
And then, “You’d taste so good with butter!” You can watch all the goodness of the Coarse TTE 2017 booth on our Facebook LIVE stream below: