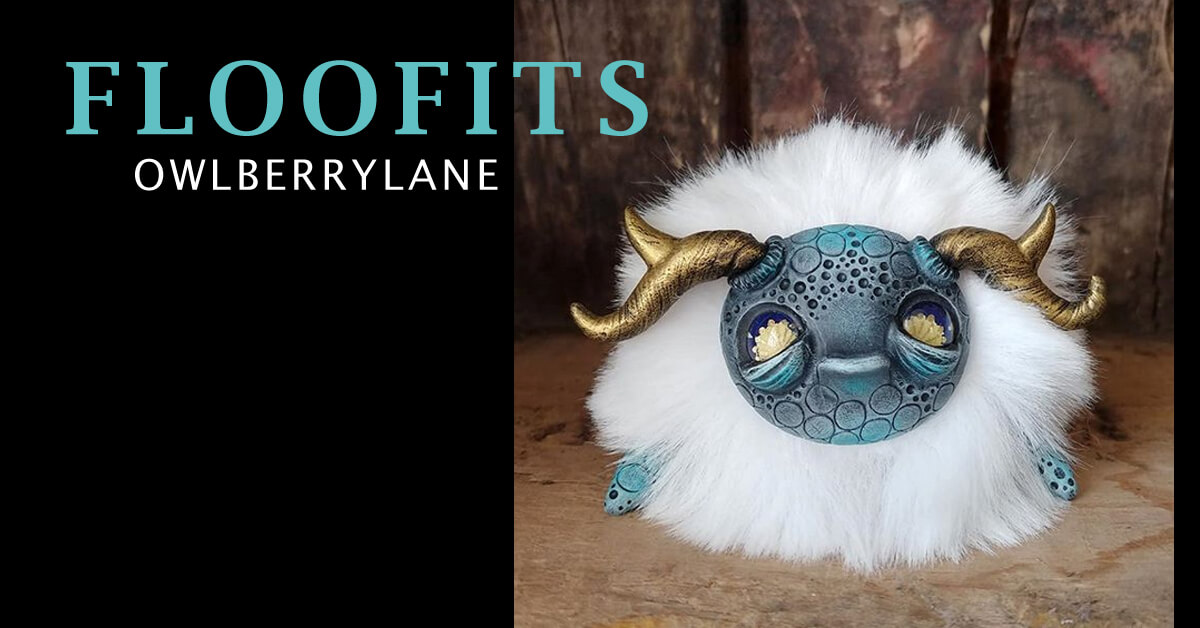 Cuteness overload! A whole batch of furry creatures by Owlberrylane will be released into the wild on Dec 12th at 2 am BST (8 pm CST/ 6 pm PST) at her store. These Floofits are 4 inch round and will be priced at $75.00. There will be 10 in total, but all one of a kind.

There was a misty melancholy in the air during the sunrise. The sun shone through the fog and twisted branches in golden streams down, down upon the ground in all of its ancient splendor. It was there I found them. Snuggled together inside a hollowed out log along Owlberry Lane, tufts of fur in varying shades beckoning me to touch them. I could not resist. As I reached in for a closer look, a tiny face appeared out of the ethereal clouds of fluff. It promptly let out an otherworldly sound not unlike an owl, and hopped onto my shoulder with two little feet. The melancholy parted in the breeze and shivered as it went. Fáilte, little ones. I understand.

Each Floofit is lovingly handmade, with soft (synthetic) furry bodies and hand sculpted and painted faces and feet firmly attached. Some of these creatures possess semiprecious stone cabochons embedded, and horns made of seashell

Floofits don’t speak, these sprites of cuteness. However, each one is so unique in personality. Some of them are quite spirited, and want to chase the wood knots around the forest floor, and some just want to snuggle in