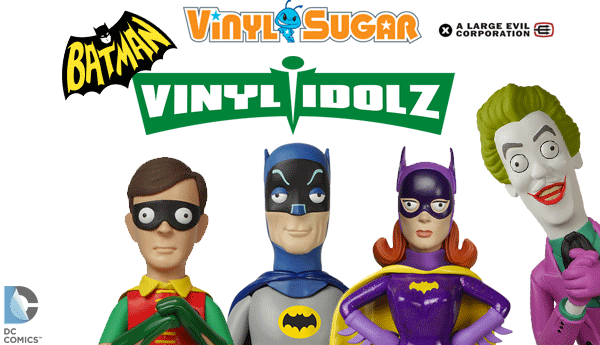 Vinyl Sugar x Funko next line of Vinyl Idolz are all set and actually ready to hit the shelves not just the USA but Euro. We were a little behind the releases when all the other Vinyl Sugar lines got released, but the all new 1960’s Batman Vinyl Sugar look like they will be released near the same time. Vinyl Sugar gives the 1960’s Batman the Evil Corp goggly eyes and outstretched bodies, which we love. All of the designer have so much humour built into them, they would certainly brighten up your day.

“Holy vinyl awesomeness, Batman! The Caped Crusader and
Boy Wonder are coming up next in our Vinyl Idolz line!

Batman & Robin, in all their campy glory, are ready to put their
bat-gadgets to good use in their fight to protect Gotham!

The Dynamic Duo is joined by the dazzling Batgirl,
who refuses to leave the crime-fighting to the men!

Can the three of them stop the Joker from
his latest plans against Gotham City?” Personally i’m a fan of Vinyl Idolz and with a British company behind the designs I love them even more. Those who don’t own one yet they have a much better quality compared to the Funko’s Funko Pop lines.

“Vinyl Sugar is Funko’s brand for projects that have a more ‘art toy’ styling, and it looks like it is going to produce some real beauties. First up is the Idolz line which is a collaboration with ‘A Large Evil Corporation’ who are based in Bath, UK and specialise in advertising and animation.

They’ve come up with great takes on the main characters from the comic’s cult 1966 TV series Batman! Each figure stands around 20cm tall”

According to Zavvi £14.99  >HERE<   or Forbidden Planet they are priced at £16.99 and shipping date around 31st of October. http://www.forbiddenplanet.co.uk/

(all info and photos lifted from Vinyl Sugar) 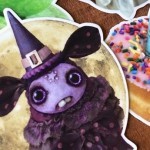 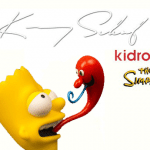