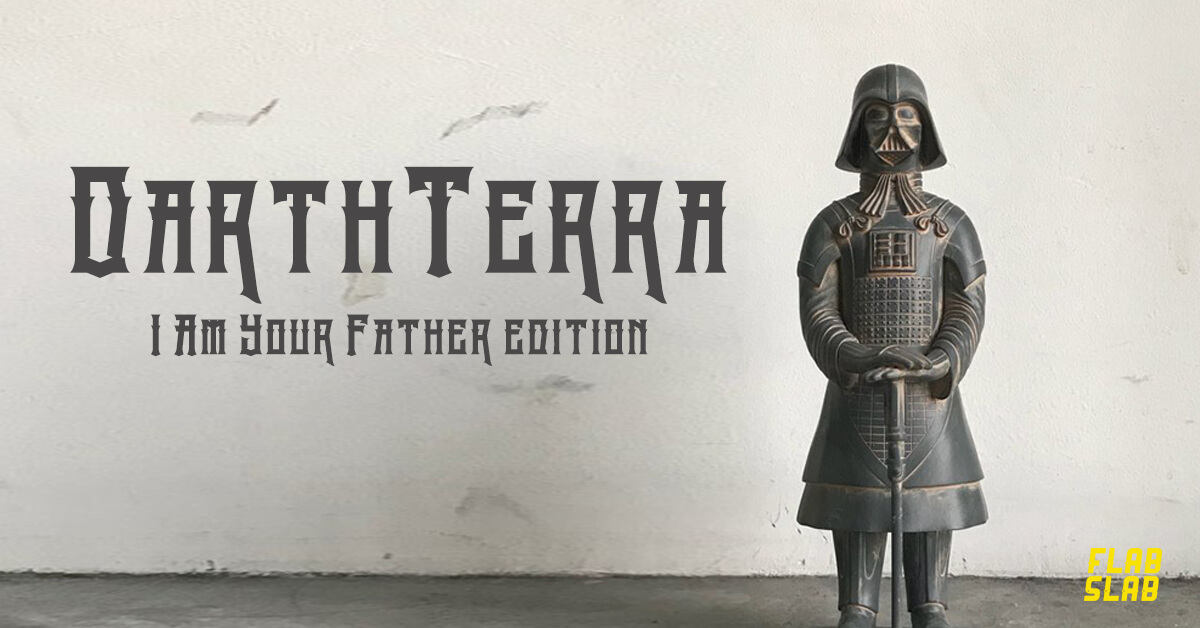 Excavators have unearthed another DarthTerra! Queue the music! Like we’ve said on many occasions if George Lucas had the power to make Terracotta Army this would be it! The myths have been unfolded and FLABSLAB has unearthed DarthTerra once more but with a twist. Could it be true that the first Emperor of China Qin Shi Huang was the man behind Star Wars? And George Lucas was a mere charade. Who knows. What we do know is this 4th version is up for grabs right now! #Maytheforcebewithyou Not really a huge fan of weathered stuff but this version of DarthTerra we have to give a slow clap as the weathering looks dope on it, wooo that sand…….

SIZE: 9 3/4″ tall with the base
Forth colourway – Painted resin
Comes in 3 different parts (figure, saber and case) and packaged with die-cut foam in a wooden box.