One of the biggest book hits is set to release a Maquettes. I personally loved the books and and excited to see this being produced. A must have for any Starwars fan! 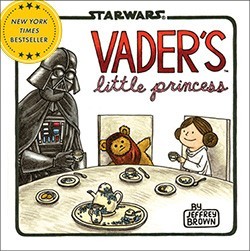 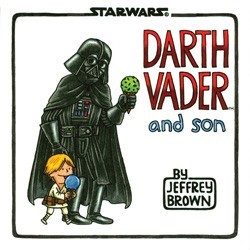 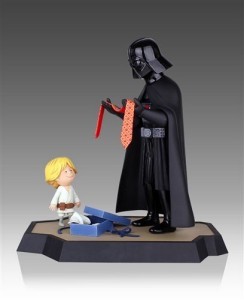 Gentle Giant Ltd. and Chronicle Books are proud to bring this hilarious and sweet comic to life! The artisans at Gentle Giant Studios have captured this hilarious and sweet comic as re-imagining, Darth Vader as a dad like any other-except with all the baggage of being the Dark Lord of the Sith. Traditionally sculpted by the Artisans at Gentle Giant Studios, no detail has been overlooked. A Rebel logo pattern was even added to the tie detail! Based on Jeffrey Brown’s Darth Vader and Son Book; this had-numbered cold-cast Polystone collectible has a bottom stamp with a matching certificate of authenticity.

Celebrated artist Jeffrey Brown’s delightful illustrations give classic Star Wars moments a fresh twist, presenting the trials and joys of parenting through the lens of a galaxy far, far away. Life lessons include lightsaber batting practice, using the Force to raid the cookie jar, Take Your Child to Work Day on the Death Star (“Er, he looks just like you, Lord Vader!”), and the special bond shared between any father and son.

16-page signature with the original black & white concept sketches from Jeffrey Brown! These sketches have not been released to the public until now,

Should be released in the UK around 15th May but in the USA should be any time soon.

I have found a couple of websites that UK people can pre order from.

Lair Of The Octopus

Will keep you all updated of other shops that will be stocking them in UK and Europe. 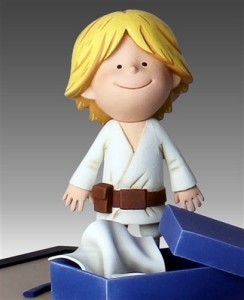 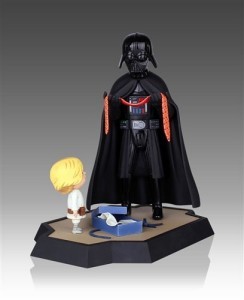 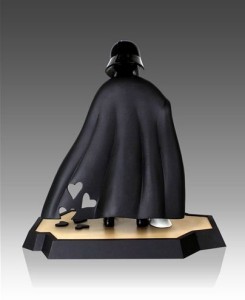