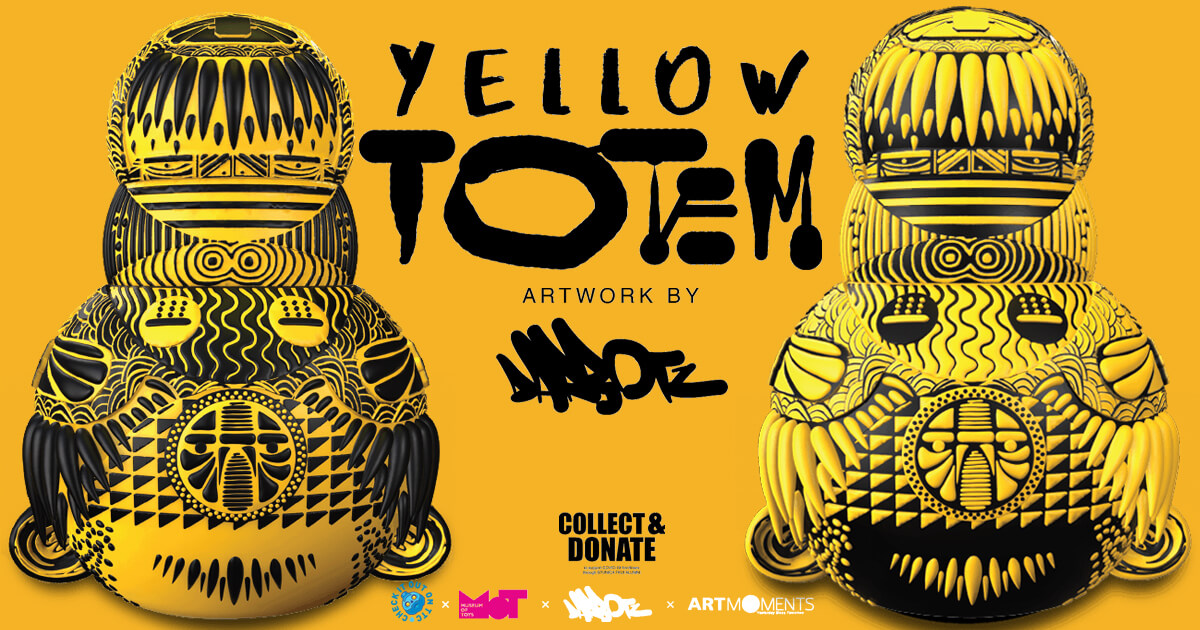 Darbotz x Museum of Toys united to present to you the ENCORE with a difference! Darbotz Yellow Totem and Yellow Totem Inverted edition. Not just any release, a release with a special meaning while you can help and gain at the same time as these two releases will see Darbotz x Museum of Toys donate a portion of the profits to charity via STUNICA FKUI Alumni, Care for Humanity @stunicafkui.alumni . Looking from something different? Darbotz has your backs again as his signature style can now be in your collection.

The Japanese say you have three faces. The first face, you show to the world. The second face, you show to your close friends and your family. The third face, you never show anyone. It is the truest reflection of who you are.
.
But Darbotz’s Totem has a thousand faces.
.
Darbotz Monsterball has been an urban icon. You can see it everywhere in the city. With only one ride on a motorcycle, you can find 10 or more of it. You can see it in roadside store doors, wall under a bridge, and many other places. After your motorcyle ride, you don’t realize that monsterball is already in your head.
.
Now, you can collect and put the monsterball: Yellow Totem in your own room!
.
By collecting Darbotz Yellow Totem, you are donating to support Covid 19 front liners. Darbotz x Museum of Toys will donate a portion of the profits to charity via STUNICA FKUI Alumni, Care for Humanity.
– Darbotz Yellow Totems are limited to 50 editions (signed and numbered).
– Darbotz Yellow Totem Inverteds is also limited to 50 editions (signed and numbered).
Size 10”
.
Pre-order will start on start at 13.00 Jakarta time, April 17th, 2020
on https://motmuseum.com/store/ Priced at Rp4.000.000.