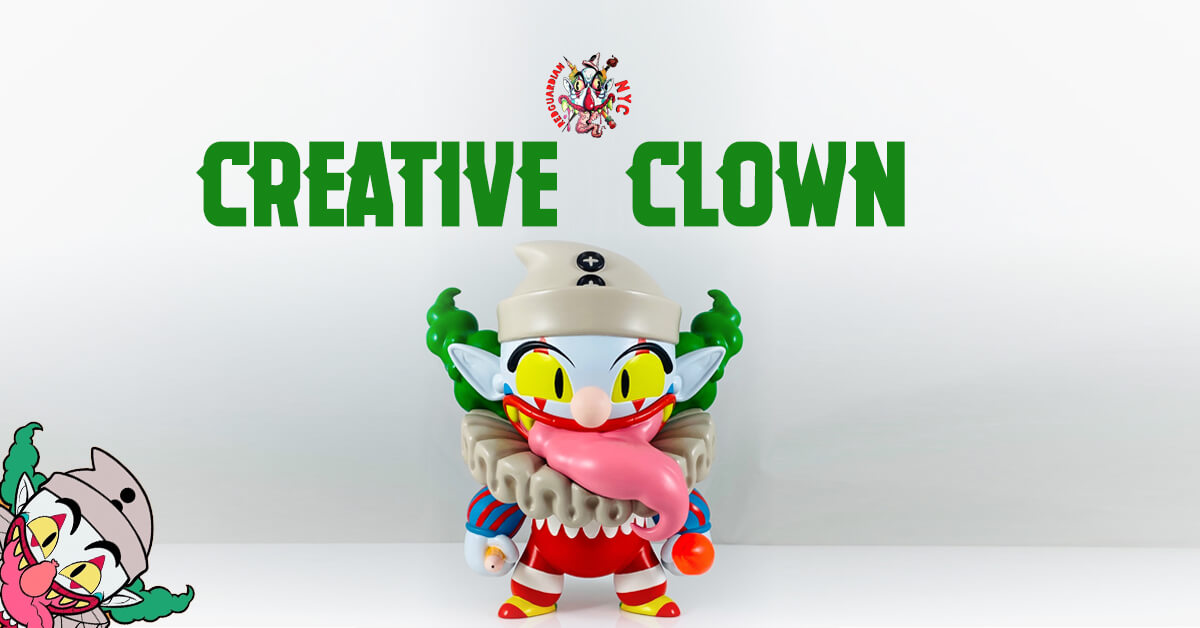 A few months back, Angel Martinez of Red Guardian showed the prototype of his upcoming Creative Clown. Like we said previously, usually clowns scare the living shit outta us, HA. Watching Angel’s Creative Clown get transformed from illustration to 3D is marvellous and possibly make collectors be fascinated about clowns just like Angel. Below is the turnaround of the prototype. Krusty the Clown, its time to move over, there’s a new boss in town. Hold on to your seats as the fully painted Creative Clown turned out FIRE! The sculpt and paint application looks spot on. If you are lucky to be attending DesignerCon you will have the chance to check Creative Clown in person.

Who the Creative Clown is? Is it me? Is it you? I made it to be ALL of us or that special imaginary “someone” that pushes us to try to be creative. The most commonly held belief about creativity is that it’s elusive, esoteric and unique only to the anointed few.

The ancient Greeks believed that creativity was a divine attendant spirit that came to human beings from some distant and unknowable source, for distant and unknowable reasons. They called these spirits daemons. The Romans had a similar idea as well but called the spirit a genius.
Centuries later, not much has changed. The only difference is that we no longer attribute creativity to divine spirits, but to special individuals. We think that it’s only Beethoven, Picasso and Mozart who have creative genius.

This is NOT true. We all have it!

That is the Clown. – Red Guardian

Run size160
Release date Pre-orders at DCon in person and online later. Final painted prototype by me at DCon with Chunder Balloon other toys.

Have you guys checked out Chunder?