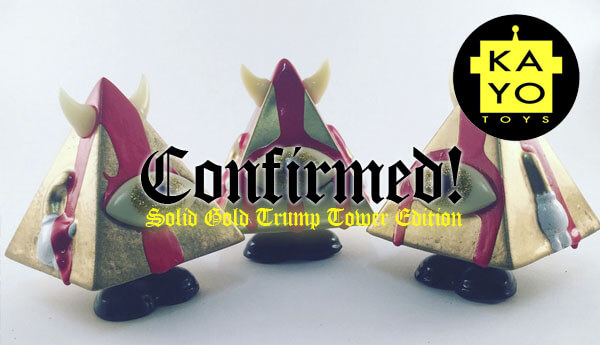 Kayo Toys resin toy CONFIRMED! immediatly caught our eye (get it?) back in 2016 when it was released (red original post HERE). In a world where conspiracy theories are becoming a reality it makes sense that somebody pulls this off. Now the all seeing eye is getting the the Trump treatment, what a combo! 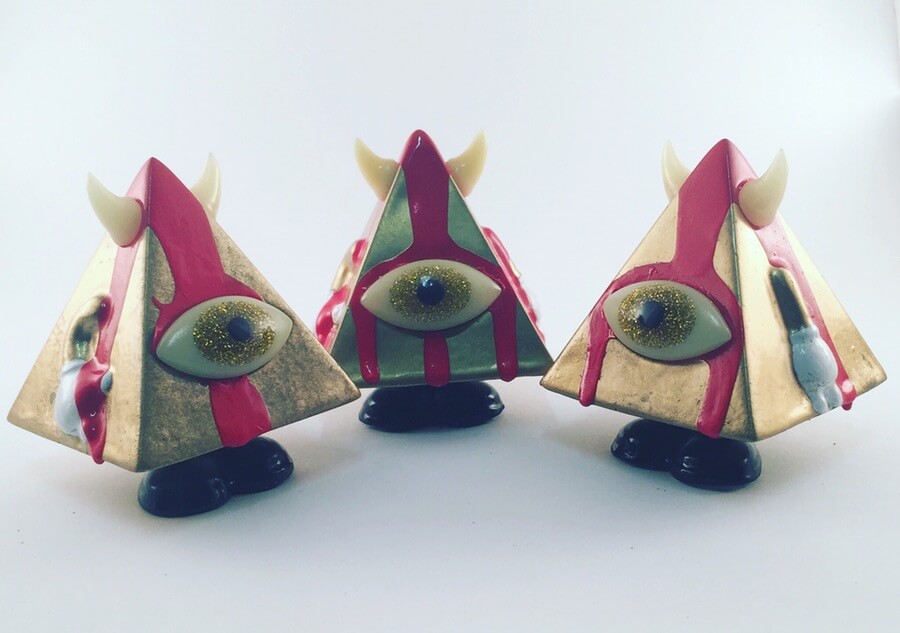 Confirmed is now treated with gold glitter details, not only that but the horns and the eye are GLOW IN THE DARK! 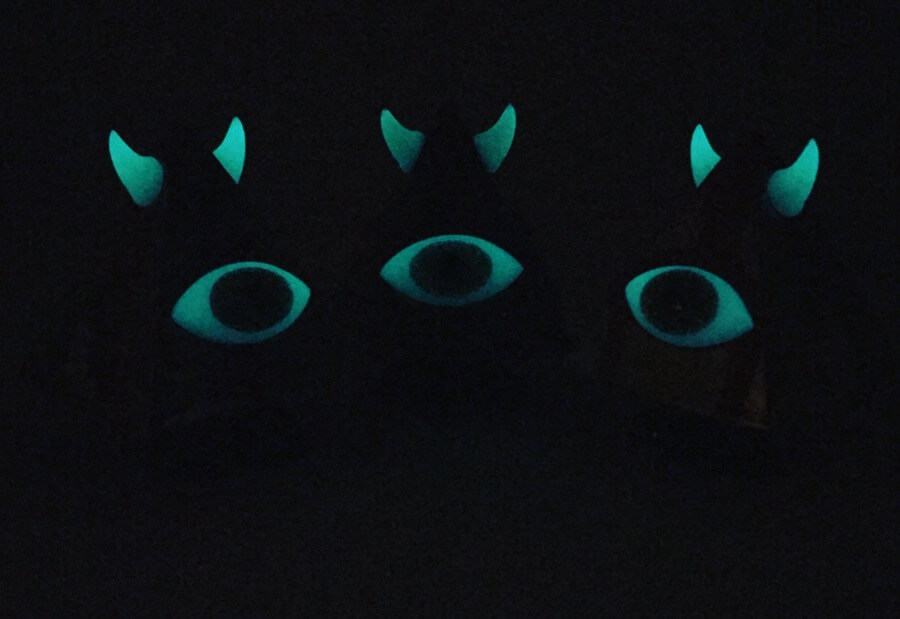 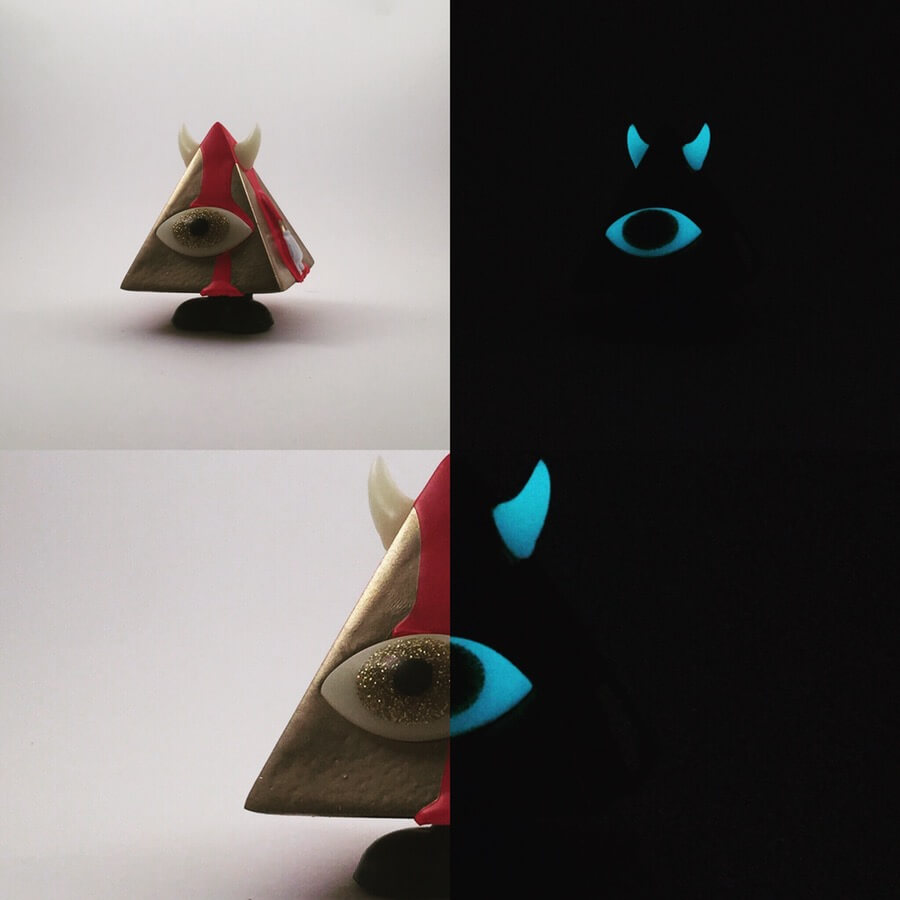 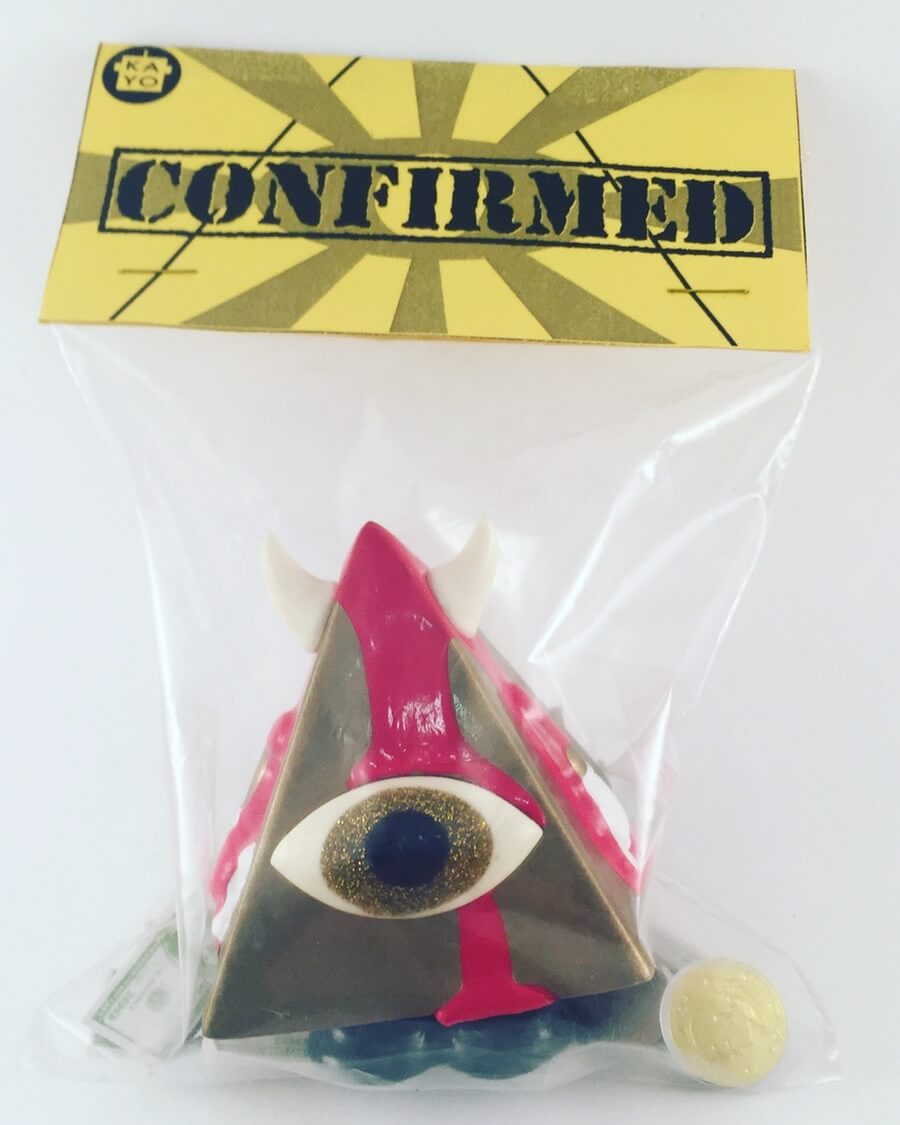 Available HERE for $25 a piece! Hurry!