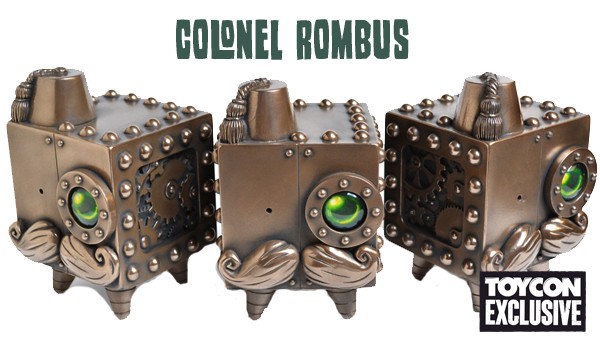 Yesterday we brought you news of Dok A’s first ToyConUK 2014 exclusive, today we bring you news of his second exclusive – Colonel Rombus!

Now retired, the colonel was constructed to lead the army of Retropolis. To this day there has been no need for military action, though this doesn’t stop a perpetually sozzled Rombus telling tall stories of how he showed the natives a thing or two during his time in the Congo…

Originally designed for Mini Mechtorians toy series 2, Rombus got as far as a 3? tall prototype before the project was cancelled.
Photos of that prototype resurface on the internet now and then and he has become a popular and much requested character. 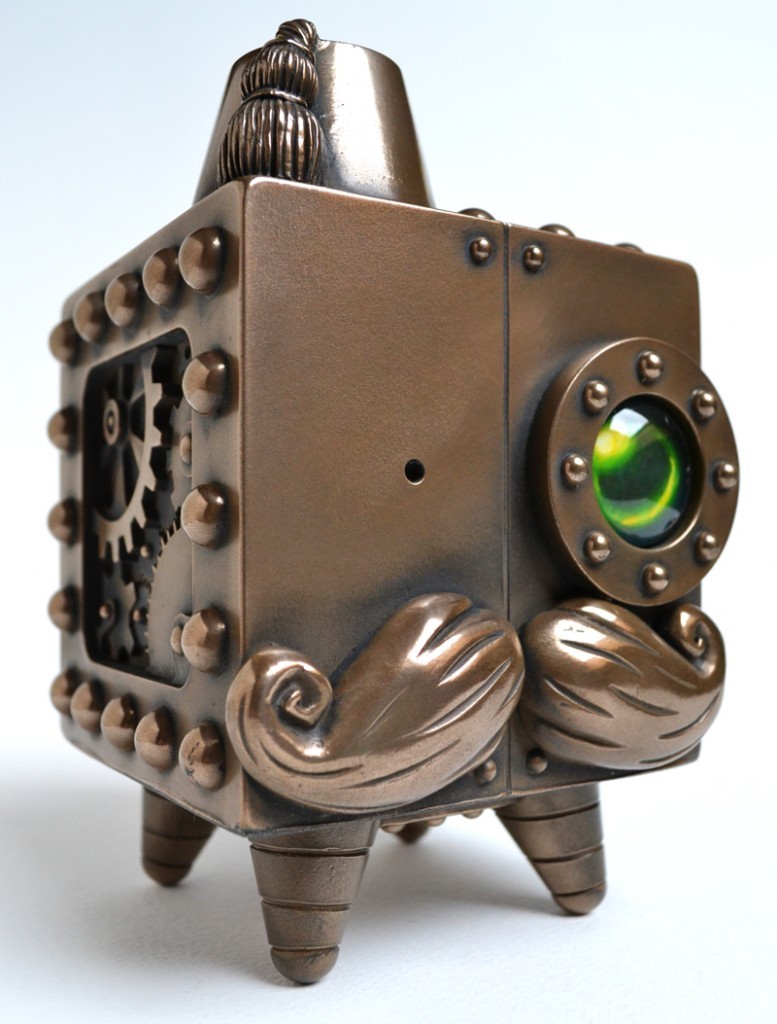 April 12th 2014 sees the debut of a new incarnation of the Colonel.
A revised, all new  6? tall “Coldcast Bronze” edition of 50 pieces will debut at ToyconUK. 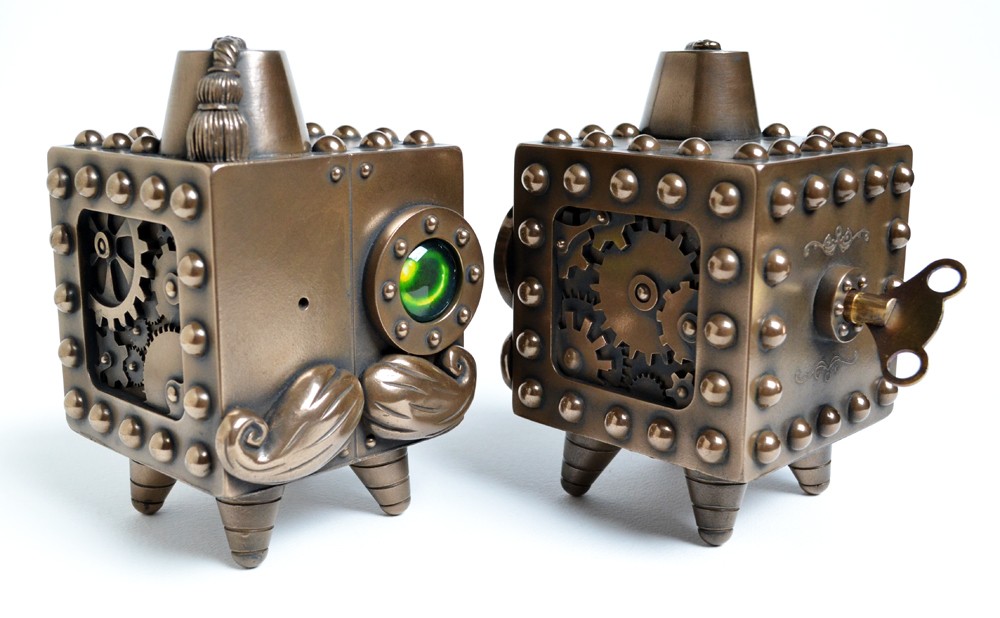 Sculpted by Doktor A and hand cast and antiqued in England by Baroque Designs (who previously did such a splendid job with the Phizogs).This hefty solid piece features an inset glass eye lens and real metal Brass winding key. Each piece is signed and numbered by Doktor A.

15 piece will be available at Toycon for the price of £65 with the rest to follow soon online. 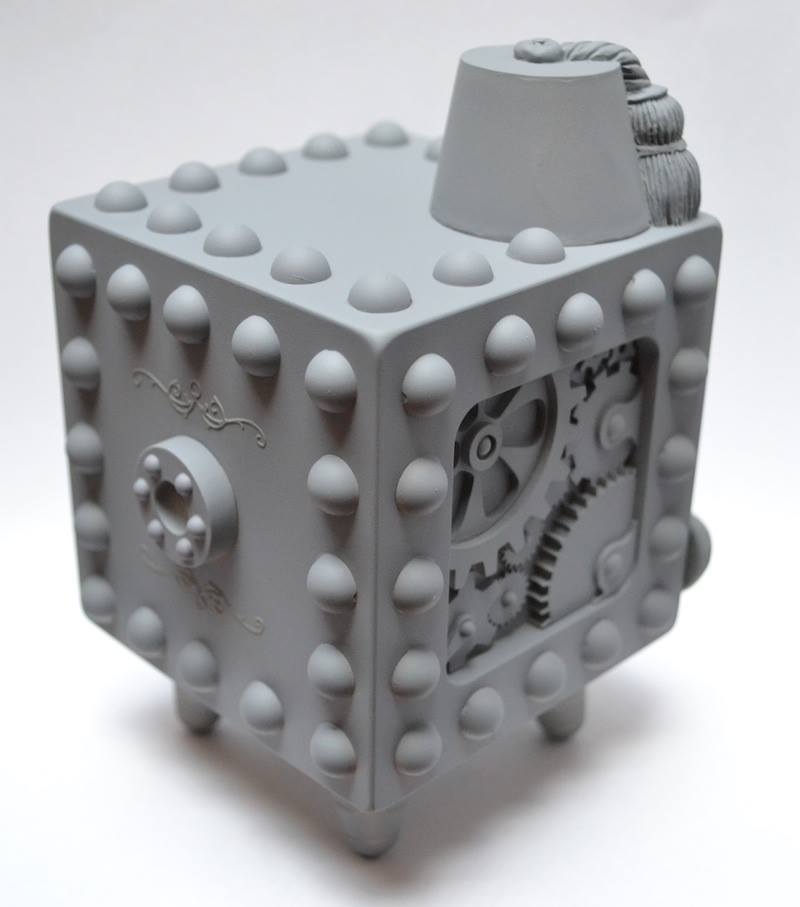