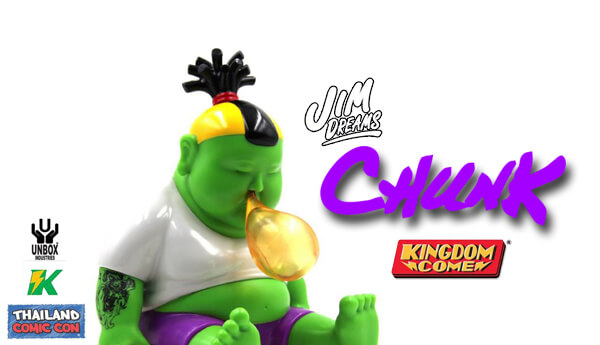 We can’t get enough of Jim Dreams x Unbox Industries “CHUNK” and yesterday, Kingdom Come finally released the details for their exclusive Chunk. All inked up and in Kproductions trademark colours, CHUNK is still snoozing away bless him. Hopefully, he will come around as he will be making his red carpet event at Thailand Comic Con 2017!

All you folks who’s missed out on all the previous releases which sold out in minutes will have another opportunity to finally get a CHUNK. WE finally got one in our collection and would love for this all new colorway to join the collection. Jim Dreams “CHUNK” continues to play with our imagination, as we are still guessing what CHUNK is dreaming about, beer and girls? 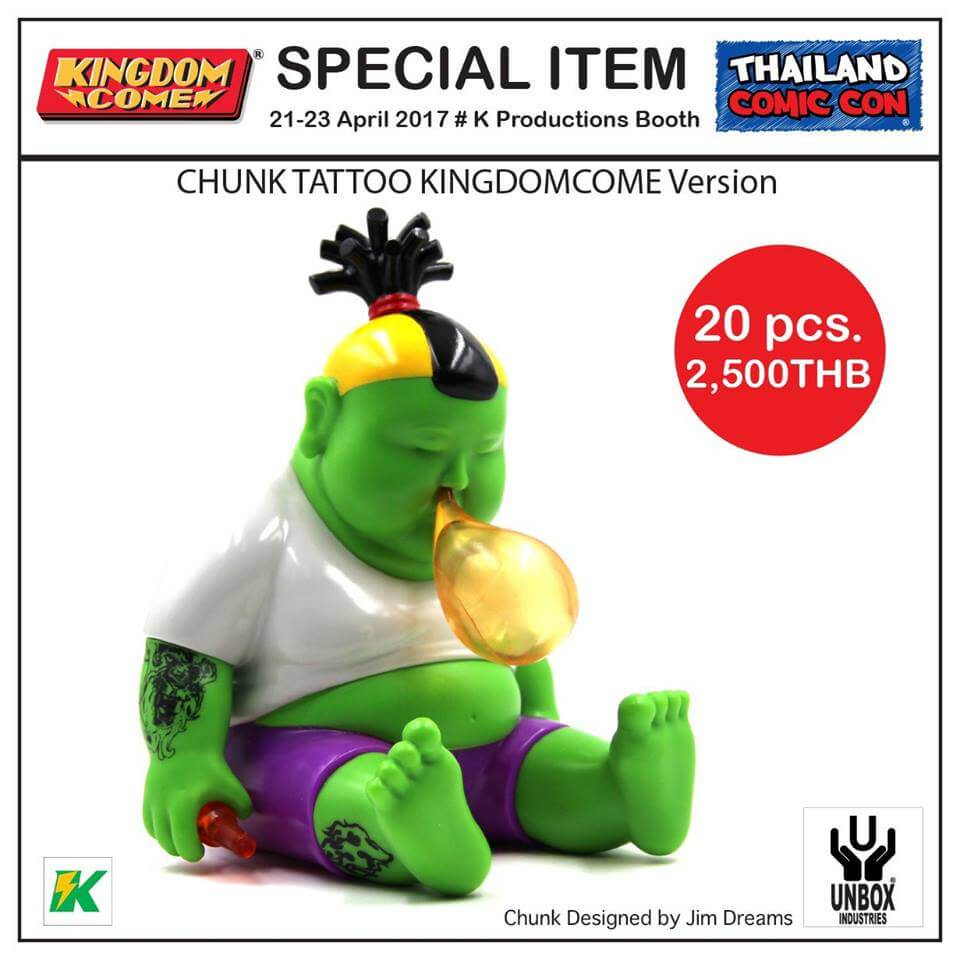 The man behind some of the cool designer toy project at Unbox Industries gets his time to shine as the spotlight shines on him. That artist is Jim Dreams as he’s set to release more of his debut figure CHUNK! what an entrance as the company he works for is backing and supporting Jim and why not right, with the cool figure that we at The Toy Chronicle can relate to, body size wise 🙂 we have the same size man boobs actually ass crack too. Now with CHUNK swagging up with the pink, it’s another MUST OWN.

Find Jim Dreams on Facebook and Instagram.For now, check out our LIVE unboxing of CHUNK.