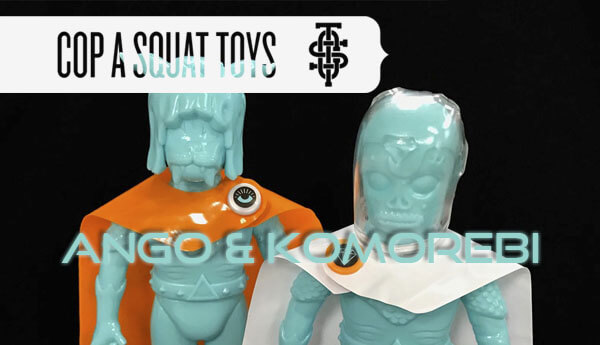 Since we first saw the prototypes (debuted by us HERE) we were excited about the new characters created by Cop A Squat Toys. ANGO & KOMOREBI are now closer than ever as the first release lottery is announced! Cast in a beautiful teal soft vinyl they stand around 7″ tall (18cm) with neck, arms, and waist articulation. Komorebi also comes with a moon crater helmet. Interested parties must email [email protected] with “CAST A&K LOTTERY” in title.
The body of the email must include:

They will set you back $100 + shipping. Entry period ends Saturday, April 15th at Noon Eastern Time, winners will be notified, invoiced on Monday, April 17th.